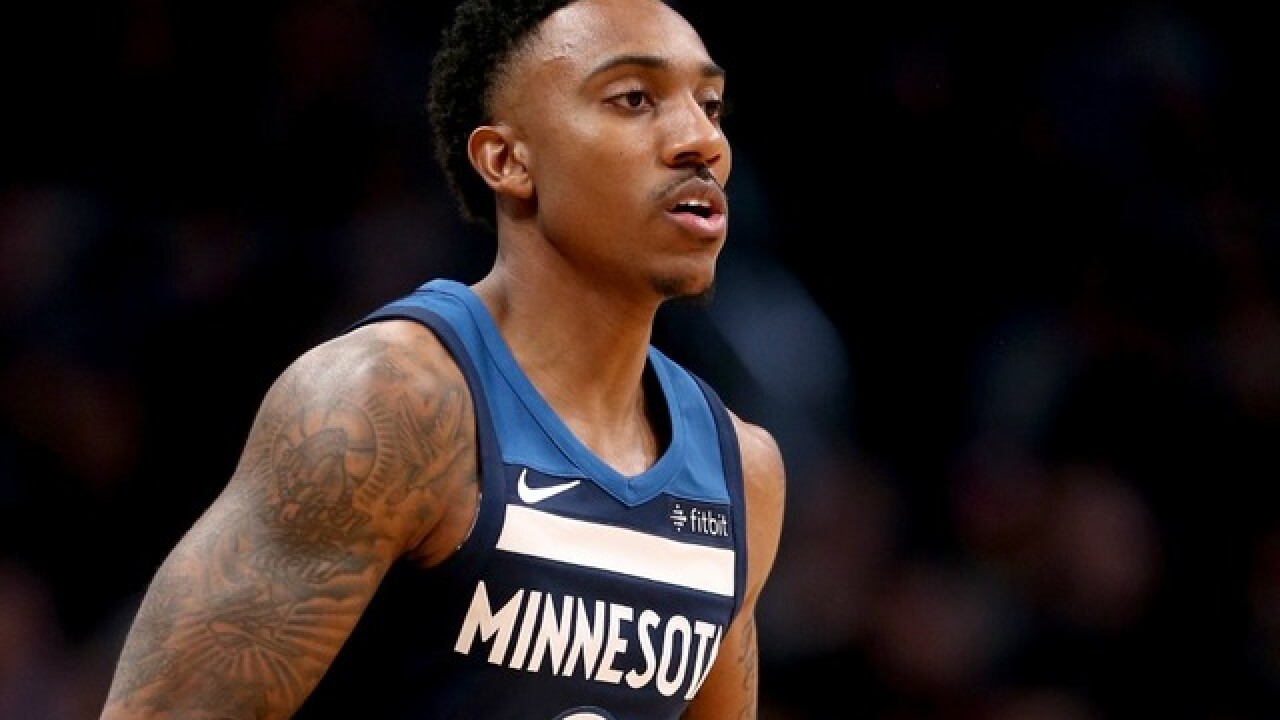 Copyright 2018 Scripps Media, Inc. All rights reserved. This material may not be published, broadcast, rewritten, or redistributed.
<p>Jeff Teague #0 of the Minnesota Timberwolves brings the ball down the court against the Denver Nuggets at the Pepsi Center on December 20, 2017 in Denver, Colorado. (Getty Images)</p>

The Phoenix Suns could land the point guard they've been pursuing by getting involved in the potential Jimmy Butler sweepstakes, according to a report.

ESPN's Adrian Wojnarowski reported Wednesday that the Suns could attempt to acquire Minnesota Timberwolves point guard and 2015 NBA All-Star selection Jeff Teague in a potential three-way deal that could involve Butler, a four-time NBA All-Star who is rumored to be on the trading block.

"Phoenix's pursuit of a starting point guard could factor into the Jimmy Butler trade discussions as a potential third-team partner," Wojnarowski tweeted Wednesday. That potential scenario could see Heat point guard (and former Suns star) Goran Dragic dealt to the Timberwolves, with Butler going to Miami and Teague coming to the Suns.

The 30-year-old Teague was selected by the Atlanta Hawks with the 19th overall pick in the 2009 NBA Draft. He has played in nine NBA seasons, including seven with the Hawks. He averaged 14.2 points and seven assists per game and shot 36.8 percent from 3-point range for Minnesota last season.

The Suns have also reportedly been interested in Timberwolves point guard Tyus Jones, who averaged 5.1 points and 2.8 assists per game last season.

The Suns have been looking for a starting point guard since they traded Brandon Knight, along with forward Marquese Chriss, to the Houston Rockets in August.