Super Bowl coming back to Arizona in 2023 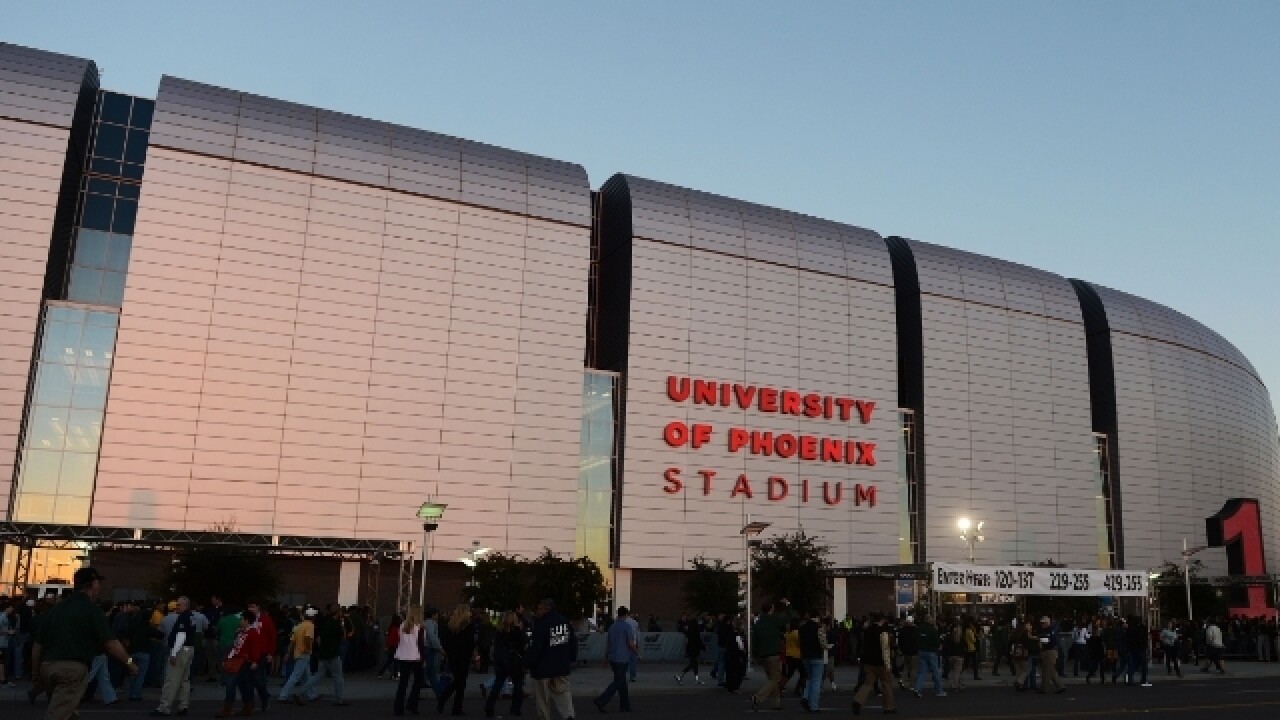 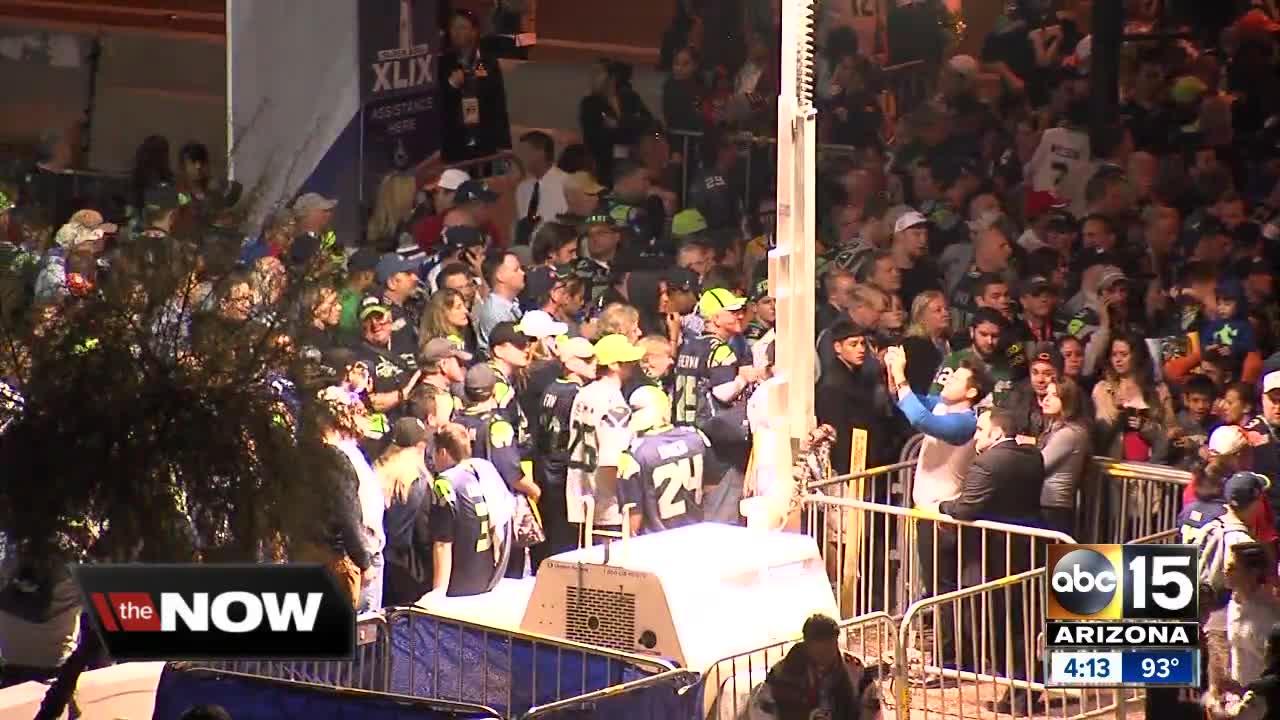 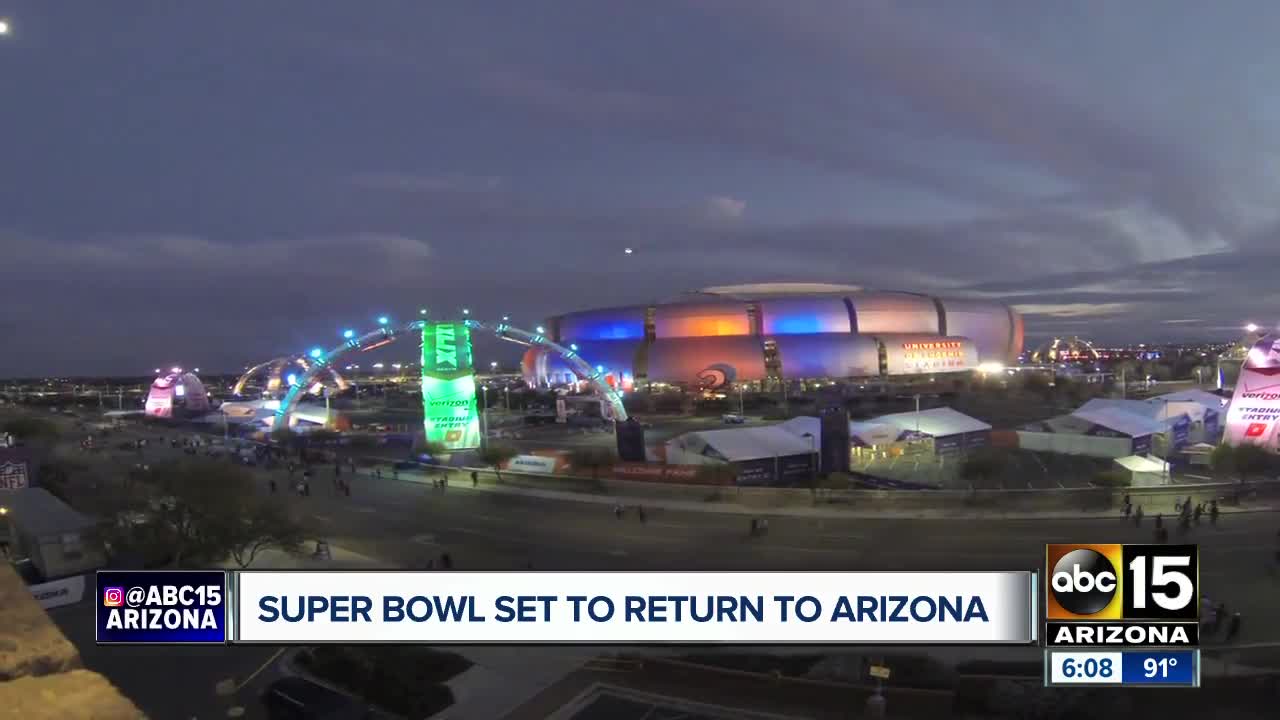 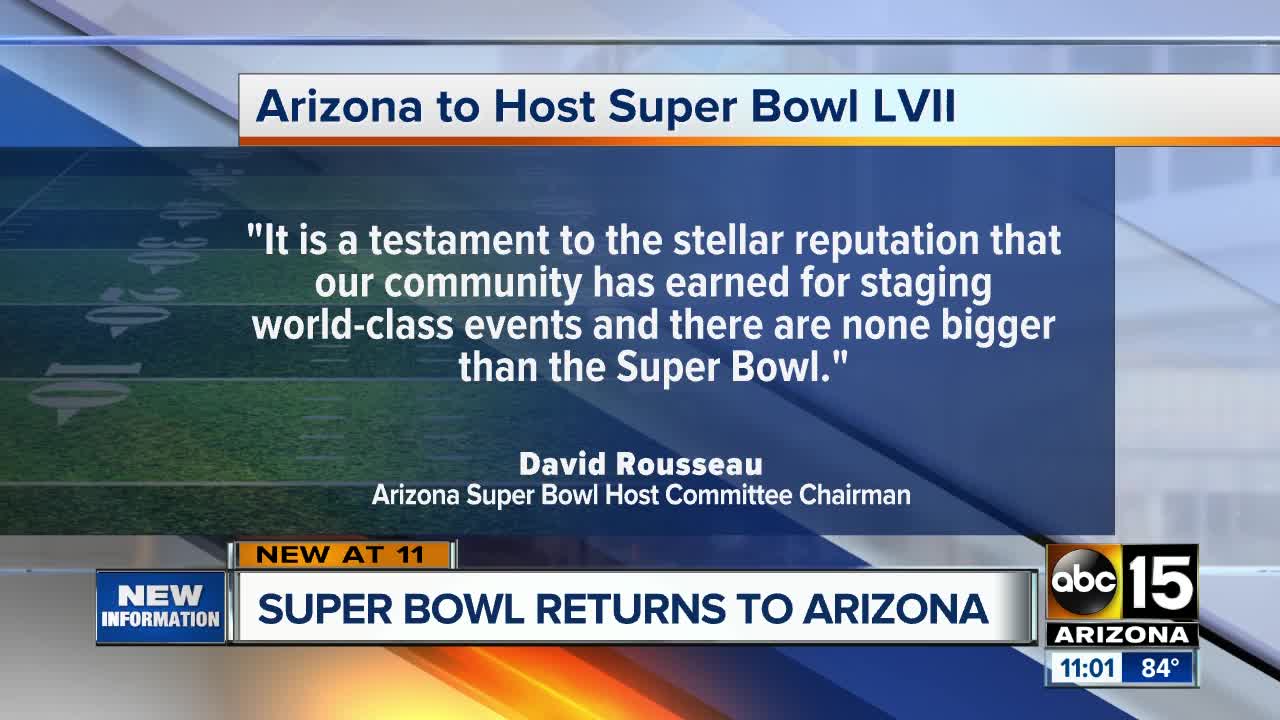 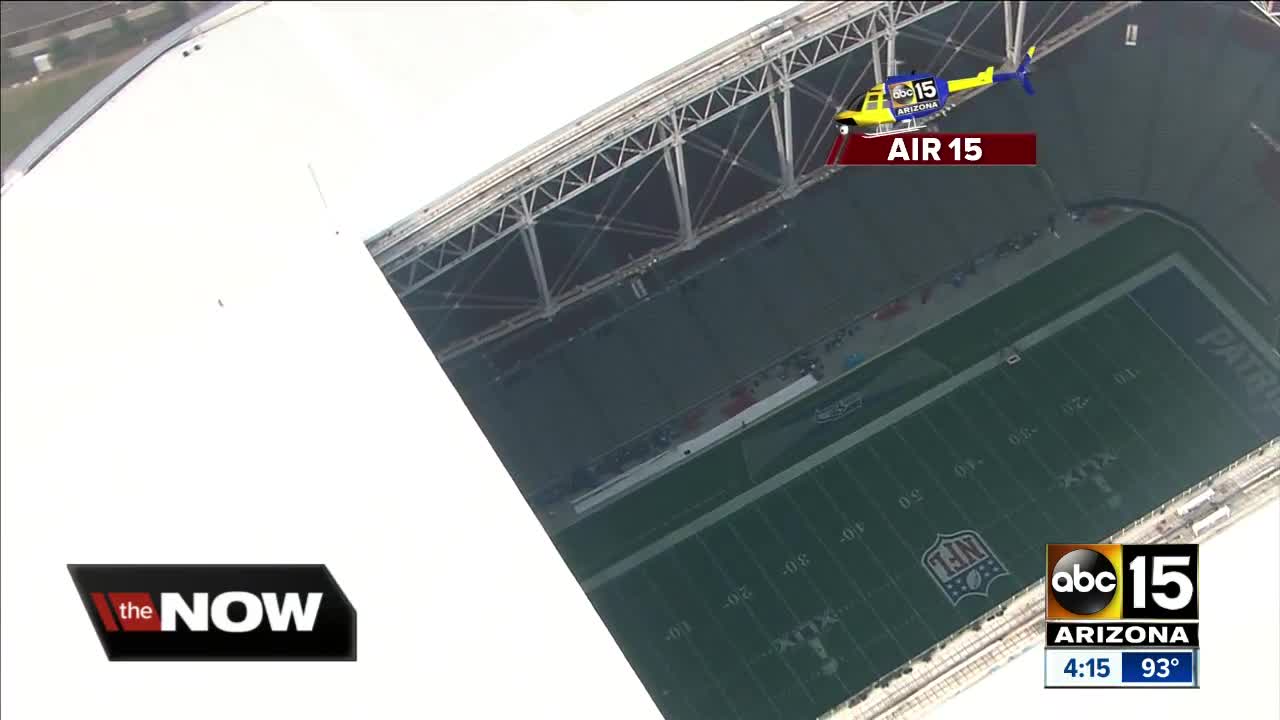 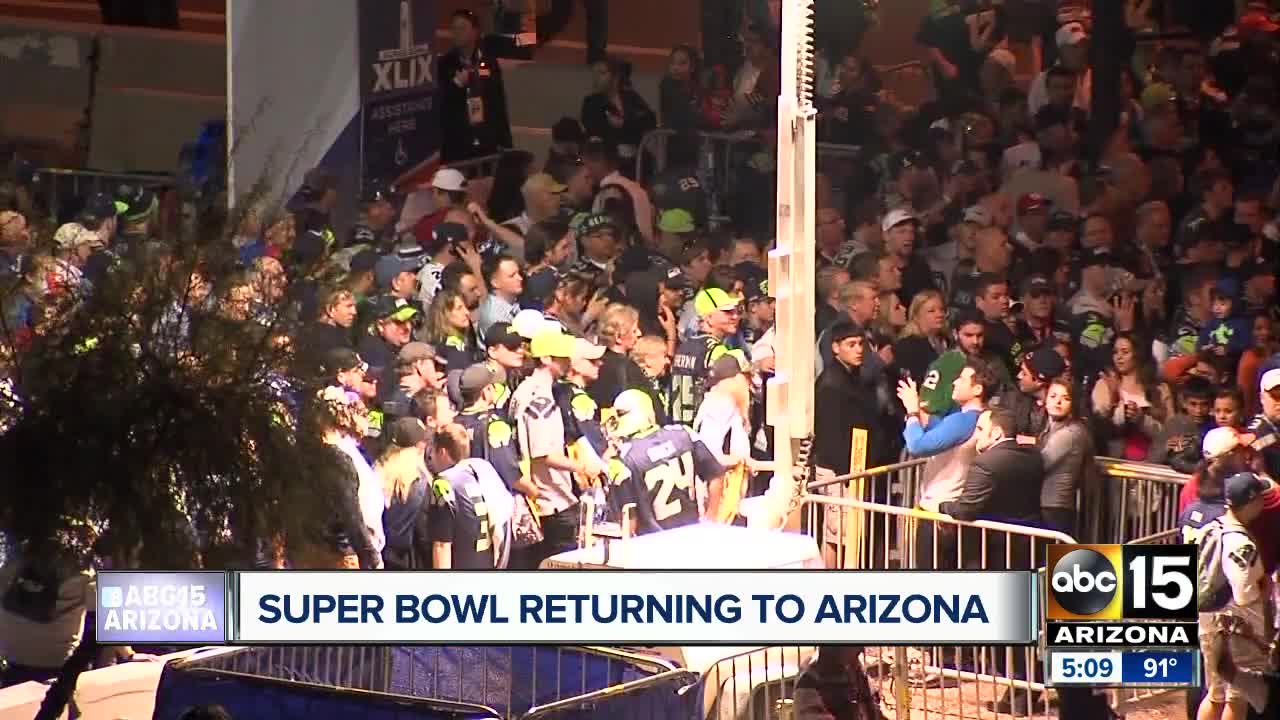 The NFL is set to have Arizona host a Super Bowl for a fourth time!

Super Bowl LVII in 2023 will be played in Arizona, according to an announcement from the Arizona Super Bowl Host Committee on Wednesday morning.

“We are very grateful that the NFL and its owners have once again selected Arizona to host the pre-eminent event in sports,” said Arizona Super Bowl Host Committee Chairman David Rousseau. “It is a testament to the stellar reputation that our community has earned for staging world-class events and there are none bigger than the Super Bowl. We clearly have the facilities, the infrastructure and most importantly the people to execute an event that has proven to have such a profoundly positive impact on our region.”

Phoenix and Glendale city councils both recently approved resolutions to bring the 2023 Super Bowl to the Valley. An ASU study revealed the 2015 Super Bowl had a gross economic impact of $720 million on Arizona.

“This is a huge win for our state! Arizona has continued to prove itself as a premier destination for spectacular sporting events, and we are thrilled to be hosting Super Bowl LVII. Thank you to Michael Bidwill, David Rousseau and the entire Arizona Super Bowl Host Committee for working to make this a reality,” said Governor Ducey. “Arizona is looking forward to providing a once-in-a-lifetime experience that NFL fans deserve with blue skies, warm sunshine and world class recreation, hotel accommodations, transportation and culinary options and entertainment. There’s a lot of work to do to prepare, so let’s get to work.”

Arizona has already hosted three Super Bowls: at Sun Devil Stadium in Tempe in 1996 and at University of Phoenix Stadium in Glendale in 2008 and 2015.

The NFL voted to have Super Bowl LVIII in 2024 in New Orleans. Super Bowls in 2019-22 will be played in Atlanta, South Florida, Tampa Bay and Los Angeles, respectively.