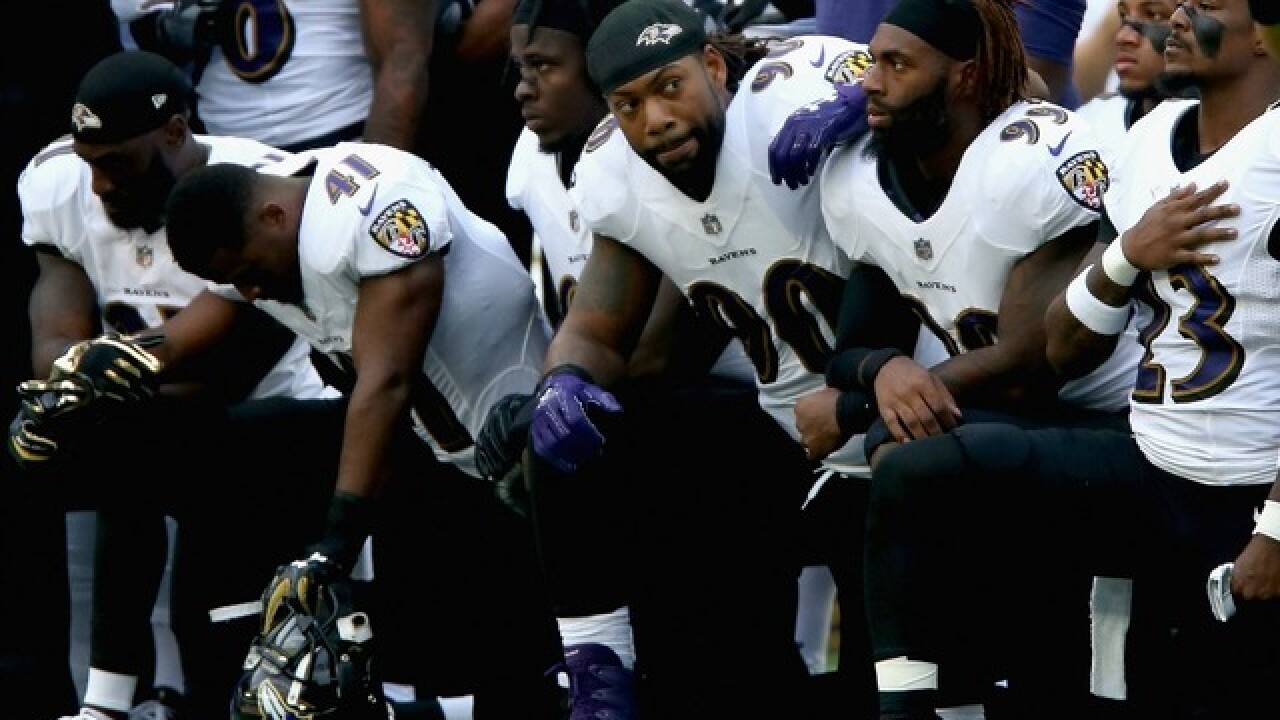 Copyright 2018 Scripps Media, Inc. All rights reserved. This material may not be published, broadcast, rewritten, or redistributed.
Alex Pantling
<p>Baltimore Ravens players kneel for the American National anthem during the NFL International Series match between Baltimore Ravens and Jacksonville Jaguars at Wembley Stadium on September 24, 2017 in London, England. (Getty Images)</p>

Among topics of discussion during this week's NFL owners meeting in Atlanta is the question of what to do, if anything, in response to players who decide to sit or kneel during the playing of the national anthem.

One reported option: not allowing players on the field at all while the anthem is played.

Per Sports Illustrated's Albert Breer, one possibility being discussed is allowing the home team at each game to decide whether teams will be allowed on the field during the playing of the national anthem. "If teams do come out for the anthem, (there is a) potential that teams could be assessed 15-yard penalties for kneeling," Breer said.

National anthem protests have not become an issue at the collegiate level because teams don't come on to the field until after the anthem is played. If the owners approve this suggested rule change, NFL teams would have the option to follow that model.

Former San Francisco 49ers quarterback Colin Kaepernick made headlines in 2016 when he took a knee during the playing of the national anthem before a preseason game, doing so in protest of police mistreatment toward racial minorities in America. Some of Kaepernick's teammates, as well as players on other NFL teams, eventually joined in on that protest by kneeling, sitting or raising fists during the anthem.

The protests increased in number last season when President Trump suggested in late September that players who refuse to stand during the national anthem should be "fired." Over 200 NFL players chose to sit or kneel during the anthem during NFL games played the following weekend.