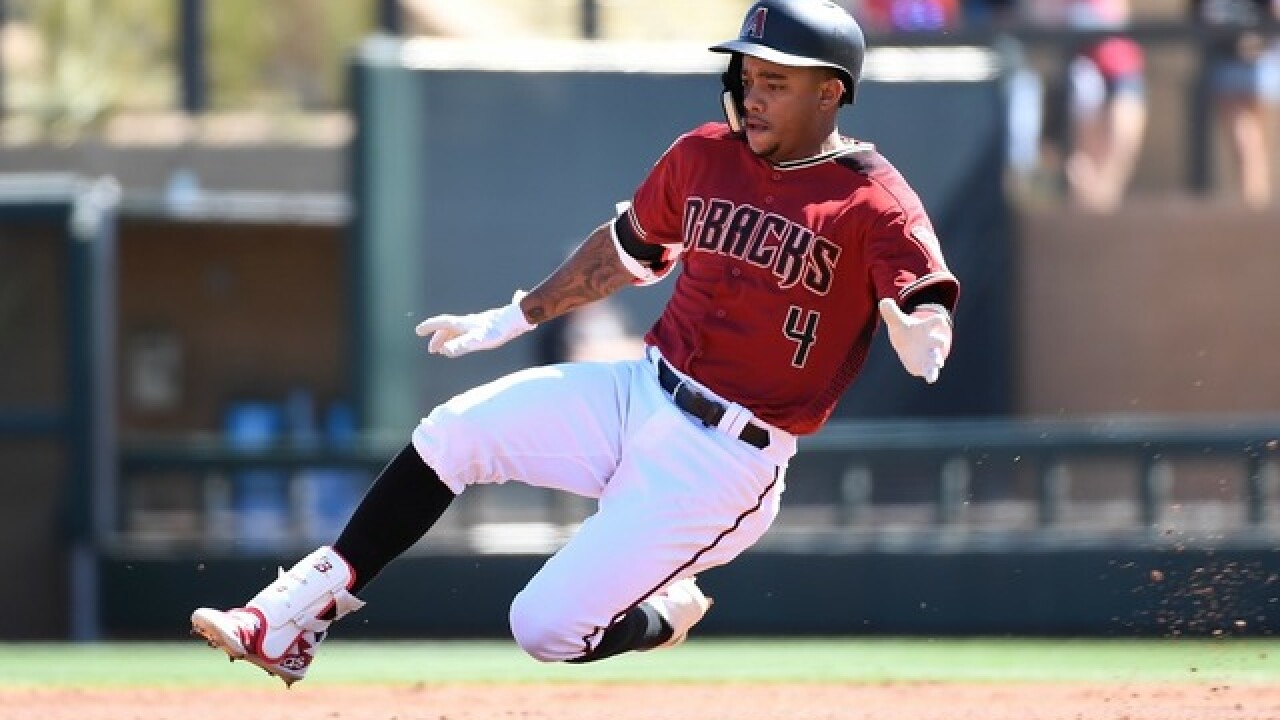 Copyright 2018 Scripps Media, Inc. All rights reserved. This material may not be published, broadcast, rewritten, or redistributed.
Norm Hall
<p>Ketel Marte #4 of the Arizona Diamondbacks slides into second base after hitting a double during the second inning of a spring training game against the Colorado Rockies at Salt River Fields at Talking Stick on March 12, 2018 in Scottsdale, Arizona. (Getty Images)</p>

The Arizona Diamondbacks have reportedly signed infielder Ketel Marte to a five-year extension worth $24 million, with two additional option years that could be worth another $22 million, FanRag Sports reported Monday.

The 24-year-old Marte was acquired by the D-backs in a trade with the Seattle Mariners in 2016 that also brought starting pitcher Taijuan Walker to Arizona. The D-backs called up Marte from Triple-A Reno during the 2017 season; he hit .260 with 11 doubles, five home runs, three stolen bases, 30 runs scored and 18 RBIs in 73 regular-season games.

Marte has primarily played shortstop as a member of the D-backs. He was scheduled to make $578,000 this season.

The D-backs' regular-season opener will take place Thursday night vs. the Colorado Rockies at Chase Field.