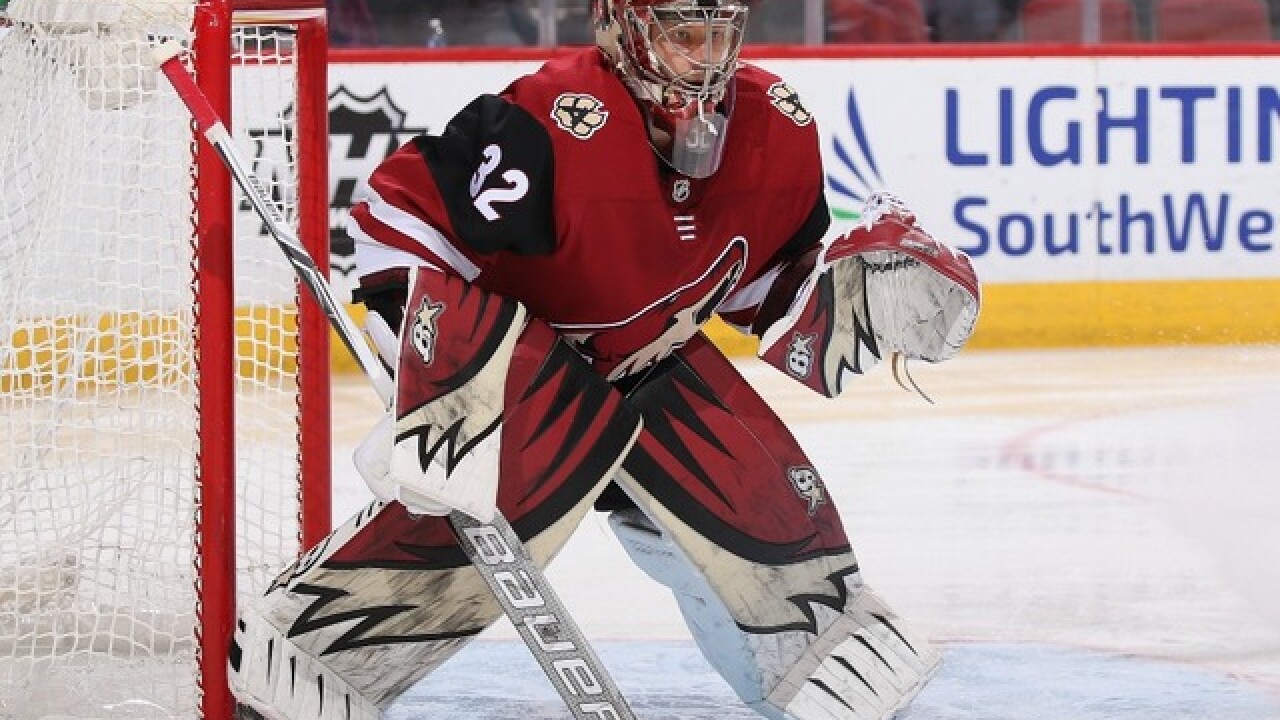 Copyright 2018 Scripps Media, Inc. All rights reserved. This material may not be published, broadcast, rewritten, or redistributed.
Christian Petersen
<p>Goaltender Antti Raanta #32 of the Arizona Coyotes in action during the NHL game against the New York Islanders at Gila River Arena on January 22, 2018 in Glendale, Arizona. (Getty Images)</p>

The Arizona Coyotes have locked up Antti Raanta, the NHL's best goaltender in 2018, for another three years.

The Coyotes announced Friday that Raanta has agreed to a three-year extension with the team. Bob McKenzie with TSN in Canada reported the deal is worth an average of $4.25 million per year.

"The Coyotes believed in me and gave me an opportunity to prove that I could be a starting goaltender in the NHL," Raanta said in a statement. "I'm very grateful for this and can't wait for next season. We have a great young team here and I'm very excited about our future in Arizona."

"Who doesn't love Arizona? The sun is shining all the time, the weather is great, and the whole organization has treated us first class." @ARaanta31 calls his new 3-year contract a "dream come true." pic.twitter.com/276vp7jkm1

Raanta, who was set to become a free agent at the end of the season, has led the NHL in goals allowed average and save percentage during the 2018 calendar year. He has won each of his last six starts, allowing just seven goals in that span.

The 28-year-old from Finland was acquired by the Coyotes in a trade with the New York Rangers before the 2017-18 season.

"When we acquired Antti last summer, we believed that he had the talent and desire to become an elite starting goaltender and he certainly proved that this season," Coyotes general manager John Chayka said in a statement.

"You can't be successful in this League without an outstanding No. 1 goaltender and now we have that with Antti. I'd also like to thank our owner Andrew Barroway for providing us with the resources to get this very important deal done."

Behind Raanta, the Coyotes have been one of the NHL's best teams in the last two months, with a 17-8-3 record in their last 28 games.

Raanta and the Coyotes will face the Anaheim Ducks in their season finale Saturday night at Gila River Arena in Glendale.