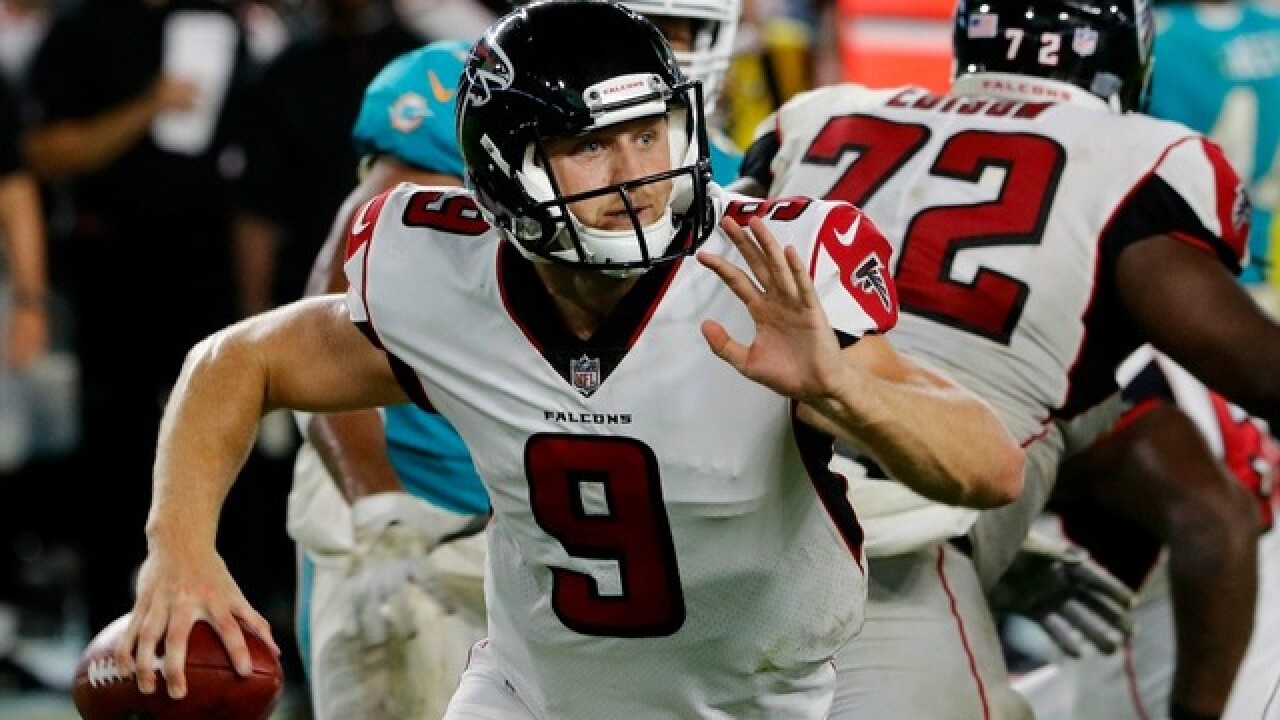 Copyright 2018 Scripps Media, Inc. All rights reserved. This material may not be published, broadcast, rewritten, or redistributed.
Joe Skipper
<p> Alek Torgersen #9 of the Atlanta Falcons scrambles against the Miami Dolphins during a preseason game at Hard Rock Stadium on August 10, 2017 in Miami Gardens, Florida. (Getty Images)</p>

The Arizona Cardinals have added two more quarterbacks to their roster by claiming Alek Torgersen off waivers from the Detroit Lions and Brandon Doughty from the Miami Dolphins, the team announced Thursday.

The 6-foot-3, 220-pound Torgersen was signed by the Atlanta Falcons as an undrafted free agent in 2017. He has played on the practice squads of the Falcons, Lions and Washington Redskins.

Torgersen played college football at Penn. He is the most accurate passer in conference games in Ivy League history and was a unanimous first-team All-Ivy selection in 2016. He is Penn's all-time leader in touchdown passes.

The 6-foot-3, 220-pound Doughty was selected by the Dolphins in the seventh round of the 2016 NFL Draft. He was a two-time Conference USA Most Valuable Player at Western Kentucky. He was a member of the Dolphins' practice squad in 2016 and '17.

Torgersen and Doughty become the third and fourth quarterbacks on the Cardinals' roster, joining veterans Sam Bradford and Mike Glennon, both of whom the Cardinals signed in March.