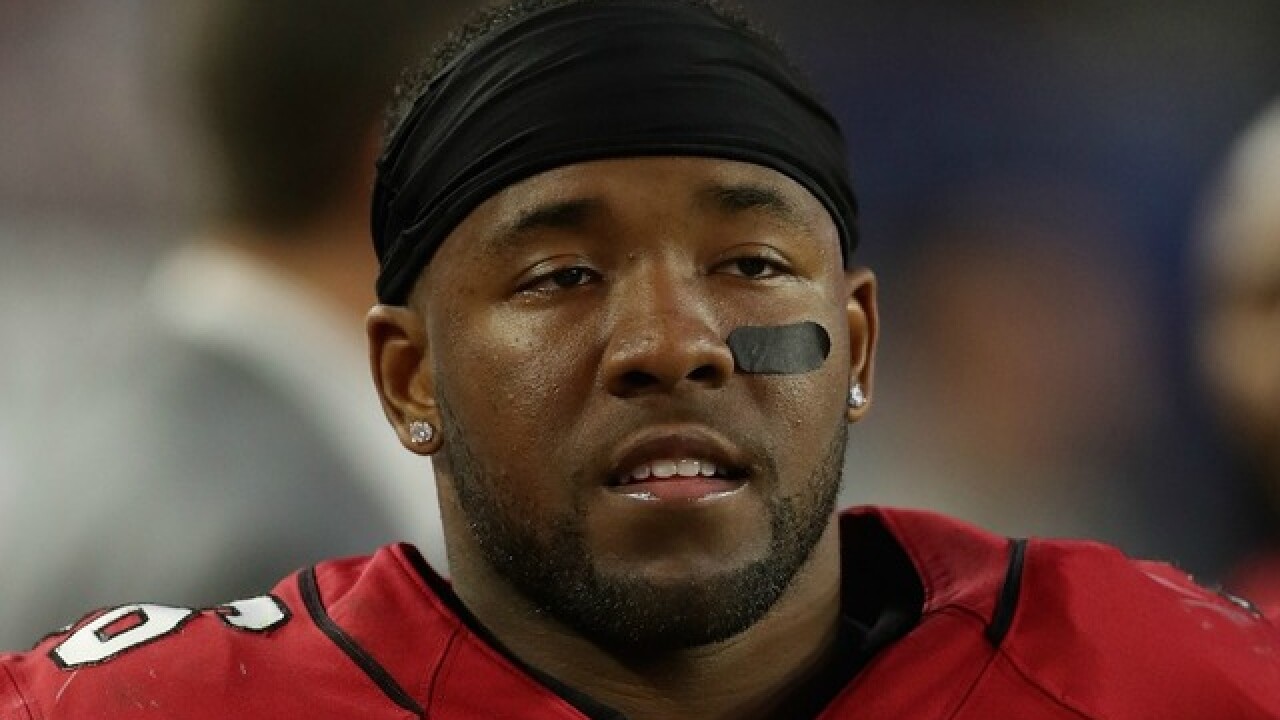 Copyright 2018 Scripps Media, Inc. All rights reserved. This material may not be published, broadcast, rewritten, or redistributed.
Christian Petersen
<p>Safety Budda Baker #36 of the Arizona Cardinals on the bench during the second half of the NFL game against the New York Giants at the University of Phoenix Stadium on December 24, 2017 in Glendale, Arizona. (Getty Images)</p>

The brother of Arizona Cardinals safety Budda Baker was killed in a shooting in Seattle, according to a report Sunday.

The News Tribune in Washington  reported 29-year-old Robert Baker passed away after being shot in Seattle early Sunday morning.

Also on Sunday, Budda Baker issued the following statement on his Twitter and Instagram pages: "On behalf of the Baker Family we want to thank everyone for their generous outpouring of love, support, and prayers during this extremely difficult time at the passing of our dearly beloved son, brother and husband, Robert Baker. We ask that you respect our family's privacy in this difficult time."

According to The News Tribune, police and fire attempted to revive Robert Baker after he was shot early Sunday morning, but he was pronounced dead as he was being taken to the hospital.

Budda Baker played collegiately at Washington and was selected by the Cardinals in the second round of the 2017 NFL Draft. The 22-year-old was a Pro Bowl selection for his performance on special teams during his rookie season.