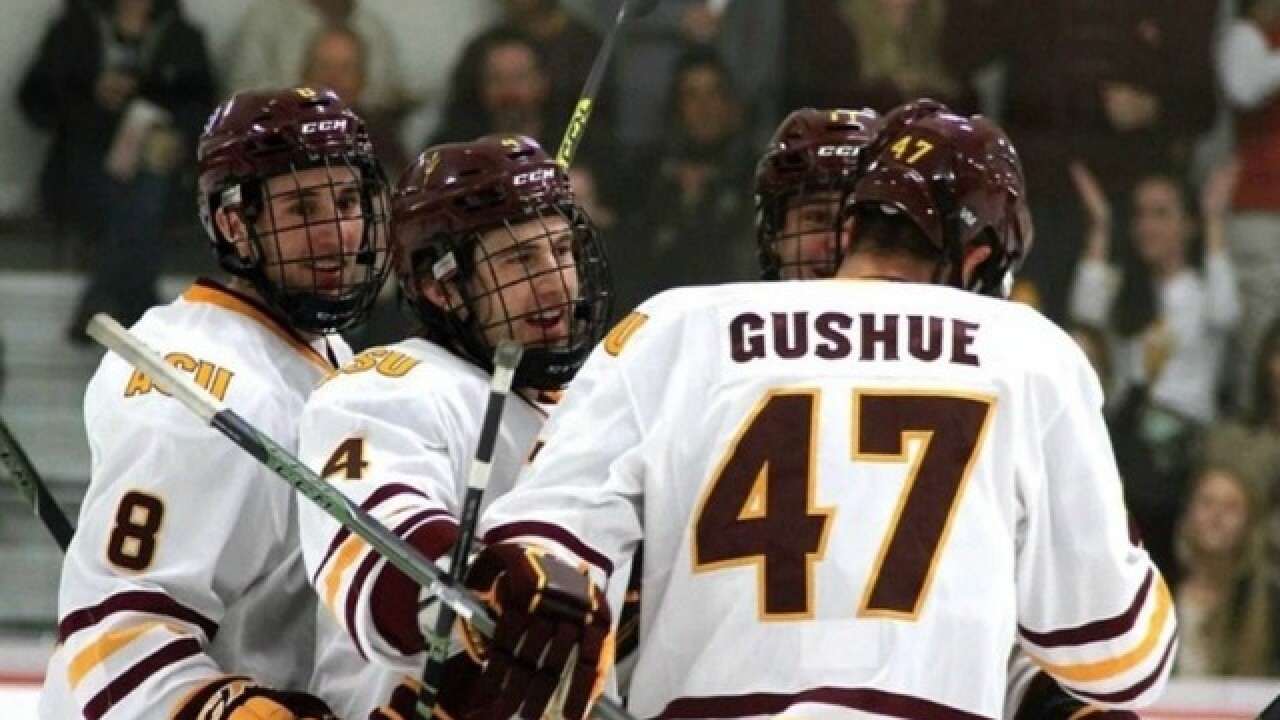 The Arizona State Sun Devils' NCAA hockey team may be one step closer to getting a new on-campus arena.

Wodon reported the arena is part of a larger project in which Wells Fargo Arena, home to several of ASU's NCAA teams including men's and women's basketball, has played since 1974. The hockey rink would reportedly be located next to the basketball arena.

ASU is currently in its third season as a Division I NCAA hockey program. The Devils' current home is Oceanside Ice Arena in Tempe, which has a maximum capacity of 800.

Plans for a joint hockey venue between ASU and the Arizona Coyotes fell through in February. Several days later, ASU athletic director Ray Anderson said the university still intends to create a new hockey arena despite backing out of the deal.