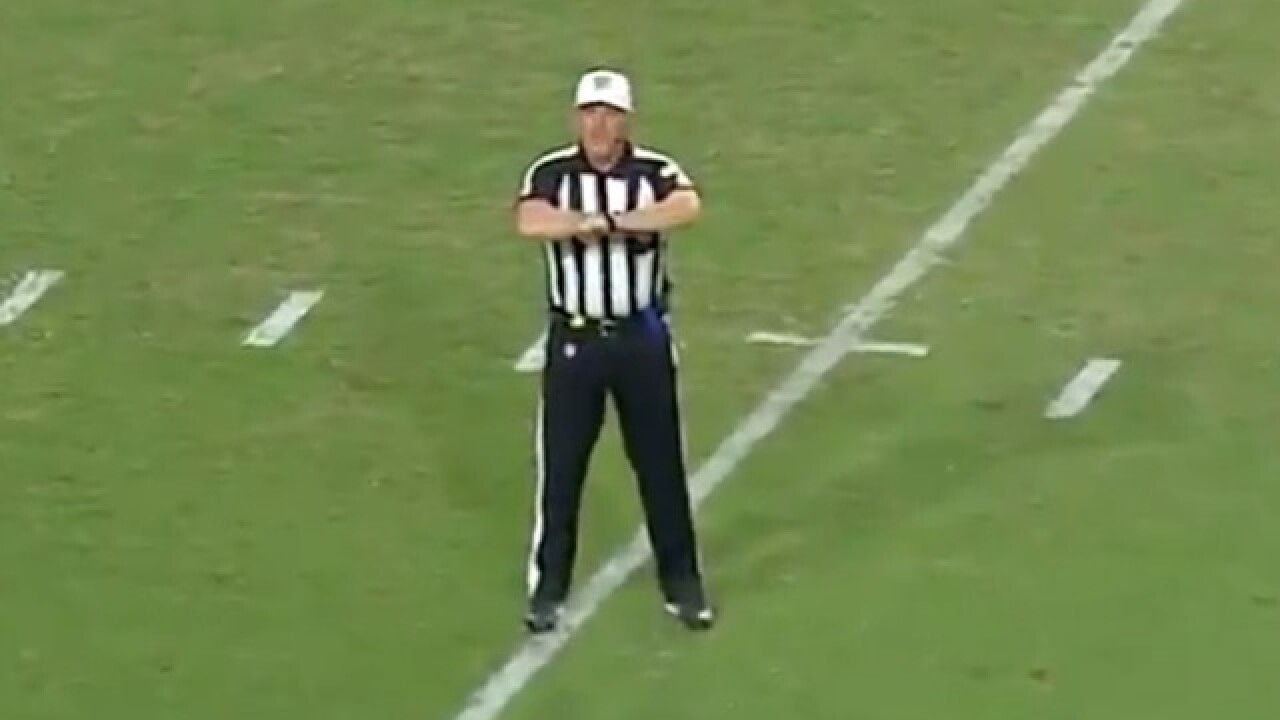 This isn't a penalty call you hear every day -- or every season -- in the NFL.

Late in the first half of the Arizona Cardinals' matchup with the Seattle Seahawks, the Seahawks were flagged for a false start. But instead of listing the numbers of the player(s) who committed the penalty (which is the usual practice), the official informed fans that everybody but the Seahawks' center was guilty for the foul.

The call generated laughter from Cardinals fans, as well as from those in the State Farm Stadium press box.

"False start, everybody but the center" 🤣 pic.twitter.com/Jgsd3NIuBa

This isn't the first time a referee has made this call. It's happened a few other times before... but it's rare enough for fans to appreciate the call when it happens.