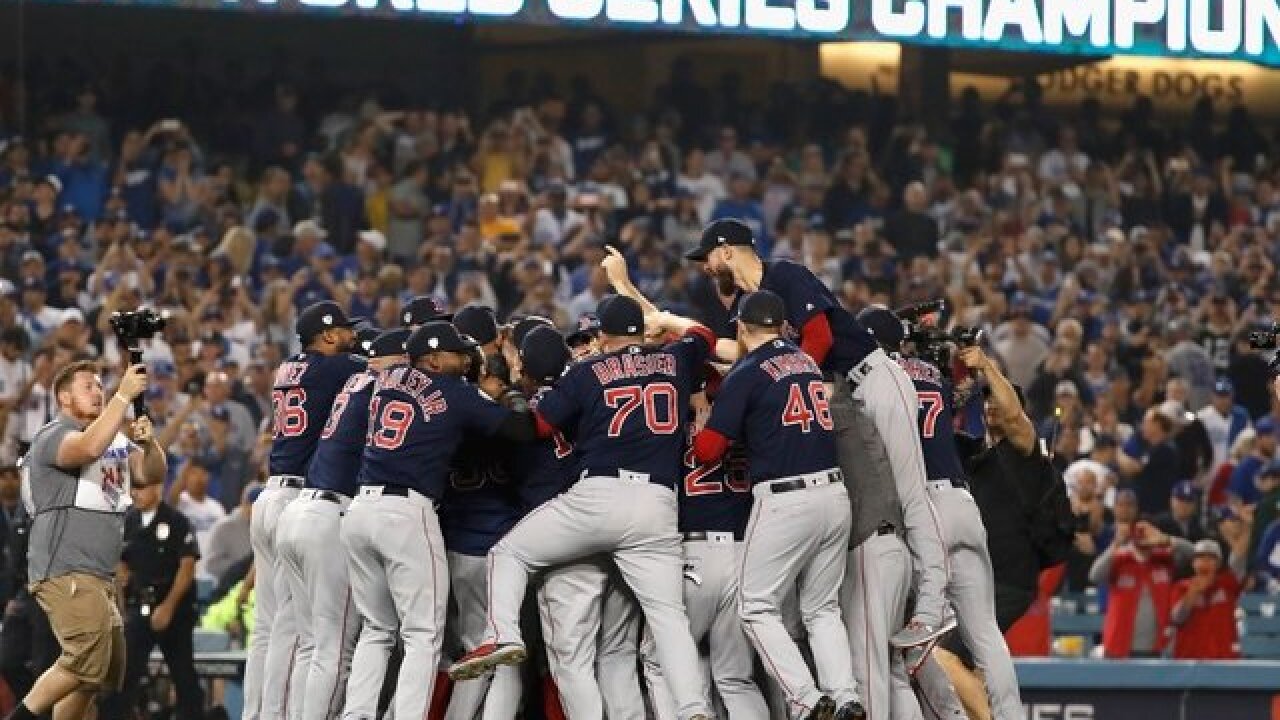 A Boston Red Sox fan says an brutal attack by a pair of Los Angeles Dodgers fans after Sunday's World Series game in Los Angeles led to a hospital stay.

Davis, who was wearing a Red Sox hat at the time, said he was initially confronted by two men on a sidewalk, one of whom was wearing Dodgers gear. One of the men allegedly told Davis, "Get your (expletive) out of here, this is Dodger country right here."

Davis said he was ultimately assaulted by up to 10 men. He said he was stabbed by a screwdriver during the assault.

Davis, a Massachusetts native and current L.A. resident, said his phone and wallet were stolen during the attack. The Los Angeles Police Department is investigating the case, but as of Wednesday morning, no arrests had been made.

"It should never come to beating the crap out of people, you know what I mean?" Davis told NECN. "I got a lot of Dodger fan friends... I'm not going to let one bad apple ruin it for me... or 10."