Red Panda falls off unicycle at halftime of NBA Finals 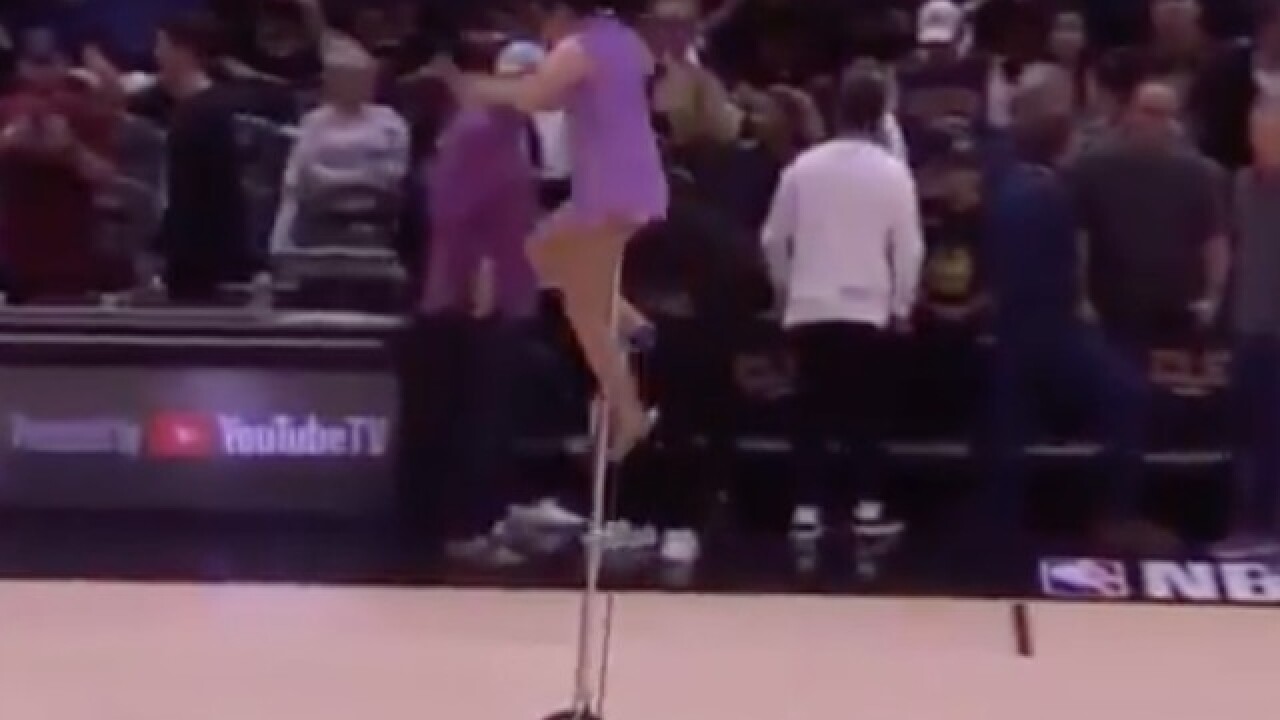 If you've been to a sporting event recently, you might have seen Rong Niu, AKA the Red Panda, perform at halftime of games, including a recent UA-ASU basketball game in Tucson. The international sensation is known for riding a unicycle while balancing plates on her foot, then tossing them in the air and catching them with her head. Here she is entertaining at halftime of an Alabama basketball game earlier this year.  She's also appeared on America's Got Talent.

Well, the Red Panda had a more difficult time than usual during halftime of Game 3 of the NBA Finals in Cleveland on Wednesday night, when this happened during the middle of her routine. Fortunately, she appeared to be OK.

The NBA Finals pressure got to Red Panda. pic.twitter.com/JQ42820fhU

The Red Panda would have never fallen down @OracleArena . pic.twitter.com/mqfureqBeR