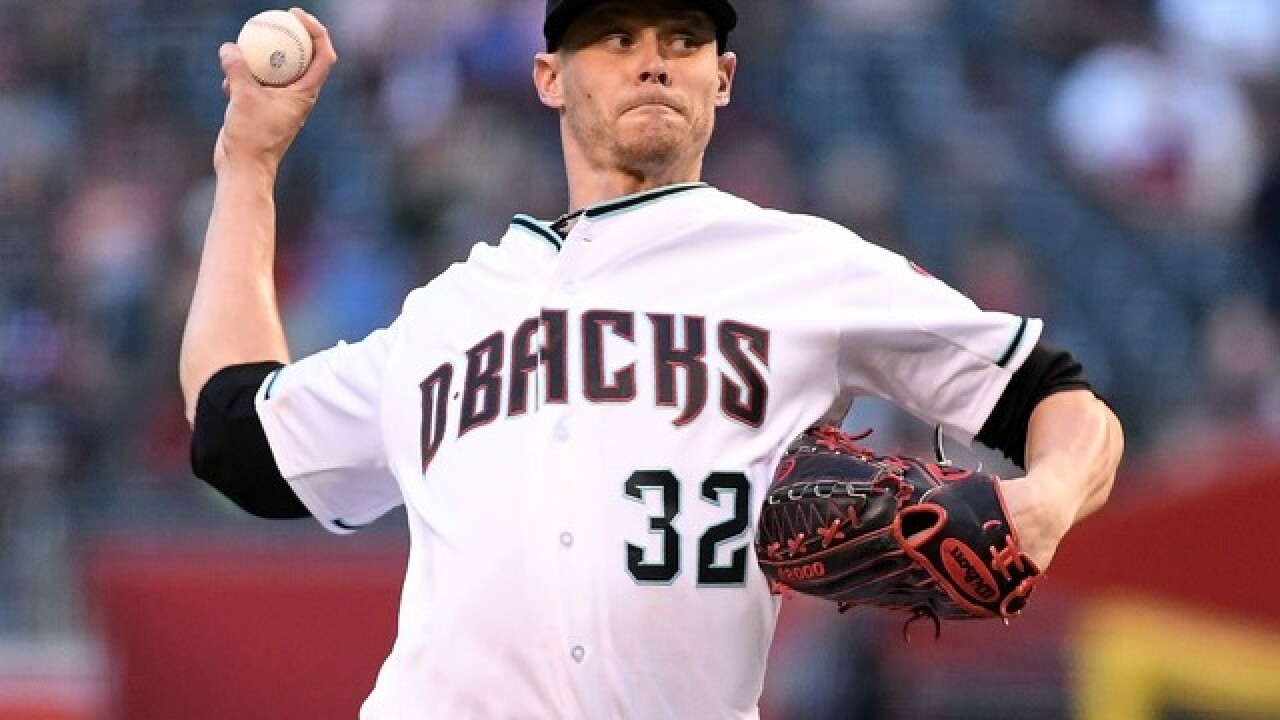 Copyright 2018 Scripps Media, Inc. All rights reserved. This material may not be published, broadcast, rewritten, or redistributed.
Jennifer Stewart
<p>Clay Buchholz #32 of the Arizona Diamondbacks delivers a pitch in the first inning of the MLB game against the Miami Marlins at Chase Field on June 1, 2018 in Phoenix, Arizona. (Getty Images)</p>

A number of professional athletes and other sports figures have expressed support and disdain for President Trump before and after the 2016 presidential election. Cardinals rookie quarterback Josh Rosen, for example, has been firmly on the anti-Trump side -- at least during his college days.

Well, new Diamondbacks pitcher Clay Buchholz happens to be a Trump supporter and even considers the president a friend -- and if you read his interview with USA Today, it's easy to understand why.

As fate would have it, Buchholz met his wife thanks to Trump, who introduced the pair at a party following a UFC fight in California a decade ago. Buchholz, who was a member of the Boston Red Sox at the time, was introduced by Trump to Lindsay Clubine, a former model on the game show "Deal or no Deal."

The couple got married at Trump National Golf Club in California in 2009, and they now have three children -- two daughters and a son.

"He’ll always be a good friend. I’m able to tell my kids that the President of the United States introduced their mom and dad," Buchholz told Nightengale.

Buchholz has experienced a bit of a career resurgence during his short time in Arizona. The 33-year-old righthander was a two-time All-Star Game selection with the Red Sox and won two World Series titles in Boston. But he struggled in 2016 and was traded to the Phillies after the season, and an injury forced him to miss nearly all of 2017. He signed with the D-backs in early May and has allowed two or fewer runs in four of his first five starts with the team.

As to his views on Trump from a political standpoint? "I don’t get into politics, and stay away from the social media, but I will say that everything he said he was going to do for this country, he’s done," Buchholz said. "I stand by him."

Buchholz is scheduled to make his next start for the D-backs on Father's Day vs. the New York Mets at Chase Field.