Predictions: Arizona Wildcats vs. Buffalo in 1st round of NCAA Tournament 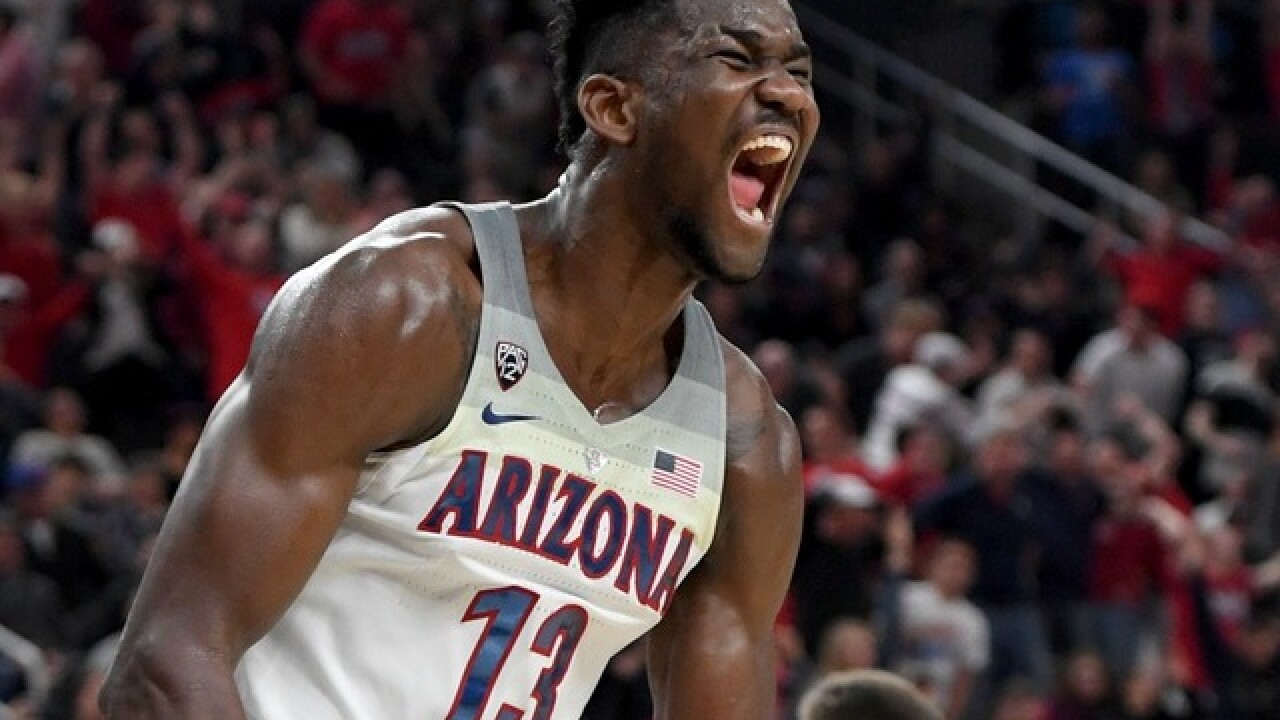 Copyright 2018 Scripps Media, Inc. All rights reserved. This material may not be published, broadcast, rewritten, or redistributed.
Ethan Miller
<p>Deandre Ayton #13 of the Arizona Wildcats reacts after dunking against the USC Trojans during the championship game of the Pac-12 basketball tournament at T-Mobile Arena on March 10, 2018 in Las Vegas, Nevada. The Wildcats won 75-61. (Getty Images)</p>

The Arizona Wildcats are on a roll. Led by superstar freshman Deandre Ayton, the Cats have won five straight games, including last week's Pac-12 Tournament championship in Las Vegas, and are a trendy pick to advance to this year's Final Four.

But UA was placed in a tough South region that includes No. 1 overall seed Virginia and a possible second-round matchup with Kentucky. But first, the No. 4 seed Wildcats will have to get past No. 13 seed Buffalo in Thursday's first-round NCAA Tournament matchup in Boise Idaho.

Will the Cats advance through Round 1? Here are a pair of predictions from the ABC15 Sports team.

It won’t be a blowout, but the Wildcats shouldn’t have a problem putting away the Bulls in the opening round of the tournament. I expect it to be a fairly high-scoring affair with the Bulls averaging the third-most points per game in the nation at 84.7. Buffalo’s also a great rebounding team -- but they’ve never had the task of boxing out a guy like Deandre Ayton.

The Wildcats’ 7-1, 260-pound Pac-12 Player of the Year (and Freshman of the Year) will be the difference in this ballgame. I’m expecting that to be the case in nearly every game on Arizona’s way to the Final Four. Sit back, relax, and watch Ayton become a star on the national stage over the next couple weeks.

This might as well be Arizona vs. ASU, Round 3. Buffalo mirrors the Sun Devils in many ways, which isn’t surprising considering Bobby Hurley used to coach the team, and his former assistant Nate Oats is now in charge.

The Bulls are the highest-scoring team in the MAC but are among the worst in points allowed. They rely heavily on their talented guards and shoot about 37 percent from 3-point range. Four of their top five scorers shoot better than 39 percent from beyond the arc.

The Wildcats have been outstanding on defense in the last two weeks, but Buffalo may blindside them early with their run-and-gun style. The Bulls may even take a lead into halftime. But just like their two games vs. ASU this season (both UA wins), Arizona’s twin towers of Deandre Ayton and Dusan Ristic will wear down the undersized Bulls over 40 minutes.