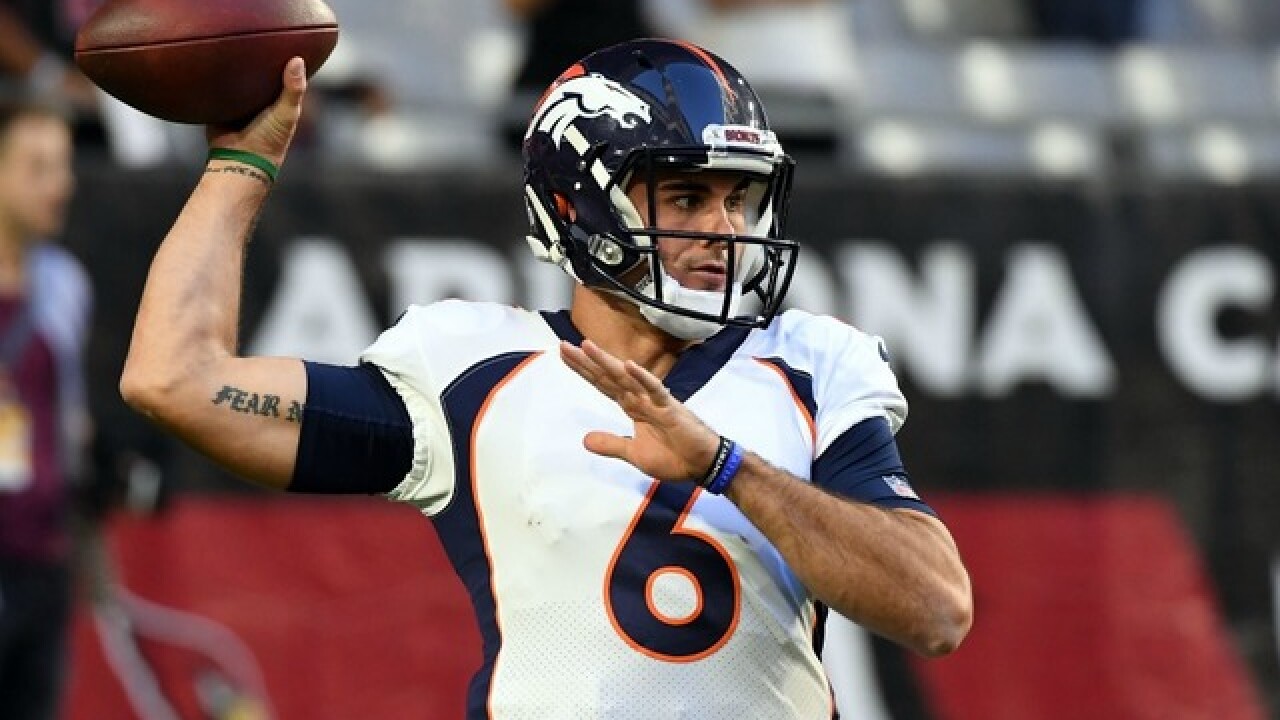 Copyright 2018 Scripps Media, Inc. All rights reserved. This material may not be published, broadcast, rewritten, or redistributed.
Norm Hall
<p>Quarterback Chad Kelly #6 of the Denver Broncos warms up before the game against the Arizona Cardinals at State Farm Stadium on October 18, 2018 in Glendale, Arizona. (Getty Images)</p>

According to the Englewood Police Department, Kelly was taken in custody early Tuesday. It’s not clear if he has an attorney to comment on the case.

According to court records, a man and woman told police a man came into their home uninvited after 1 a.m. Tuesday and sat down on the couch “mumbling incoherently.”

The records say the man chased the intruder out, striking him in the back with a vacuum tube.

Police say they found a man nearby matching the intruder’s description and identified him as Kelly, who is 24.

Court officials say Kelly posted $2,500 bond and is due back in court Wednesday. In a statement, the Broncos said they are disappointed and are getting more information from Kelly.

Kelly is the nephew of former Buffalo Bills quarterback Jim Kelly. He was selected with the very last pick of the 2017 NFL Draft.