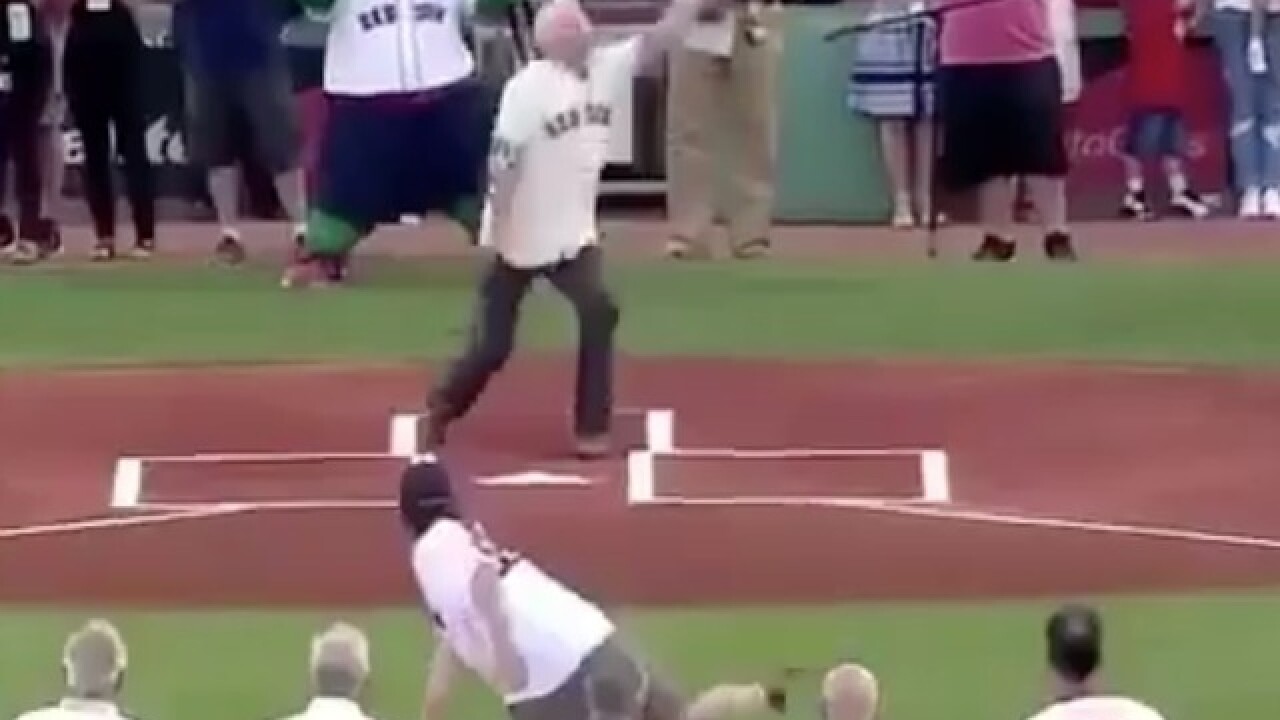 A photographer and University of Arizona alum was the unfortunate victim of one of the worst first pitches in MLB history on Wednesday night.

Before the Boston Red Sox hosted the St. Louis Cardinals at Fenway Park, the gentleman who tossed out the first pitch threw it juuuuuust a bit outside -- and right into a sensitive spot for Tony Capobianco, a photographer and page designer for The Eagle-Tribune who graduated from UA in 2013.

My camera man @TonyCapobianco is the poor guy that took that first pitch in the McNuggets. Here's his view of it coming in. pic.twitter.com/NVD70hiIn2

THANK THE LAWD it was just a bit outside https://t.co/FLnQffF2Kr