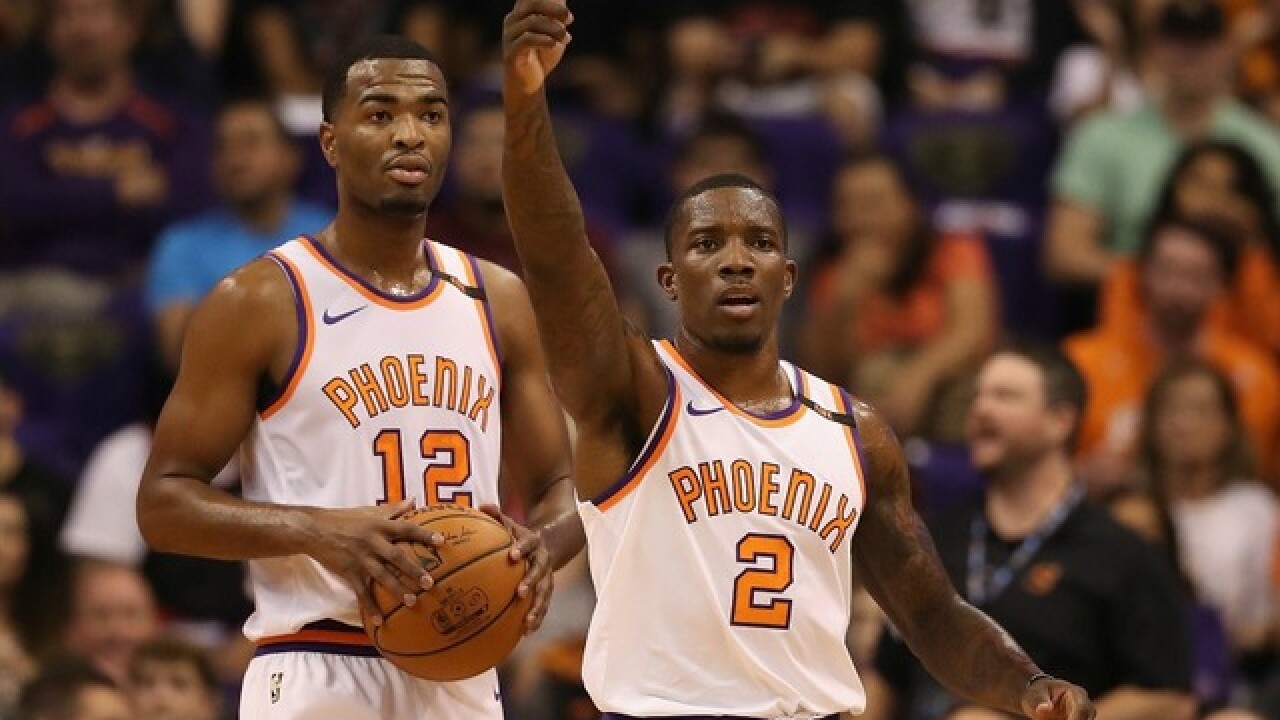 Copyright 2017 Scripps Media, Inc. All rights reserved. This material may not be published, broadcast, rewritten, or redistributed.
Christian Petersen
<p>Eric Bledsoe #2 of the Phoenix Suns reacts to a call during the first half of the NBA game against the Portland Trail Blazers at Talking Stick Resort Arena on October 18, 2017 in Phoenix, Arizona. (Getty Images)</p>

Per LandOfBasketball.com, the Suns'  48-point loss (124-76) to the visiting Portland Trail Blazers eclipsed their previous record regular-season defeat of 44 points, vs. the Seattle Supersonics in 1988. They also lost by 44 points in a playoff game vs. the Lakers in 2000.

The Suns' loss was also the worst in an NBA season opener for any team. They trailed Portland by as many as 58 points in the fourth quarter.

The Suns' worst loss of last season was by 40 points to the Los Angeles Clippers. They finished that season with a Western Conference-worst 24-58 record.

It's the second straight season that the Suns have set a team record for most lopsided defeat in their season opener. They lost by 19 points to the Sacramento Kings in their first game of the 2016-17 season, also at home.

The Suns had never lost at home by more than 39 points.

The Suns narrowly avoided their lowest regular-season single-game point total in franchise history. That record remains at 68 points, vs. the Kansas City Kings in 1981.