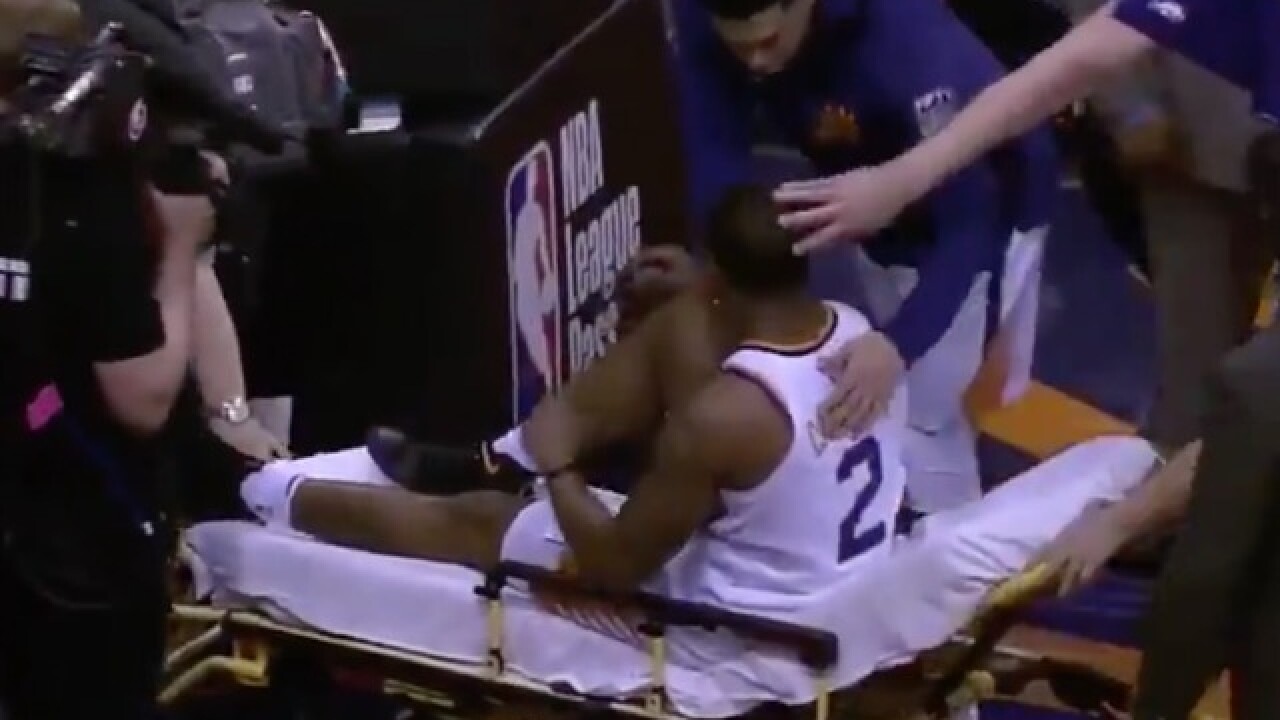 Phoenix Suns guard Isaiah Canaan suffered an ugly-looking injury late in the first quarter of the Suns' game vs. the visiting Dallas Mavericks on Wednesday night.

Canaan's leg became twisted during a fall in the final seconds of the first quarter. His teammates were visibly upset by the sight of the injury, and he was eventually taken off the court on a stretcher.

Isaiah Canaan wheeled off the court. Prayers up. pic.twitter.com/N31LjzhKNv

The 26-year-old Canaan is playing in his fifth NBA season. He has averaged 9.4 points in 18 games with the Suns, who signed him to a contract in December.

Prayers up for Isaiah Canaan 🙏