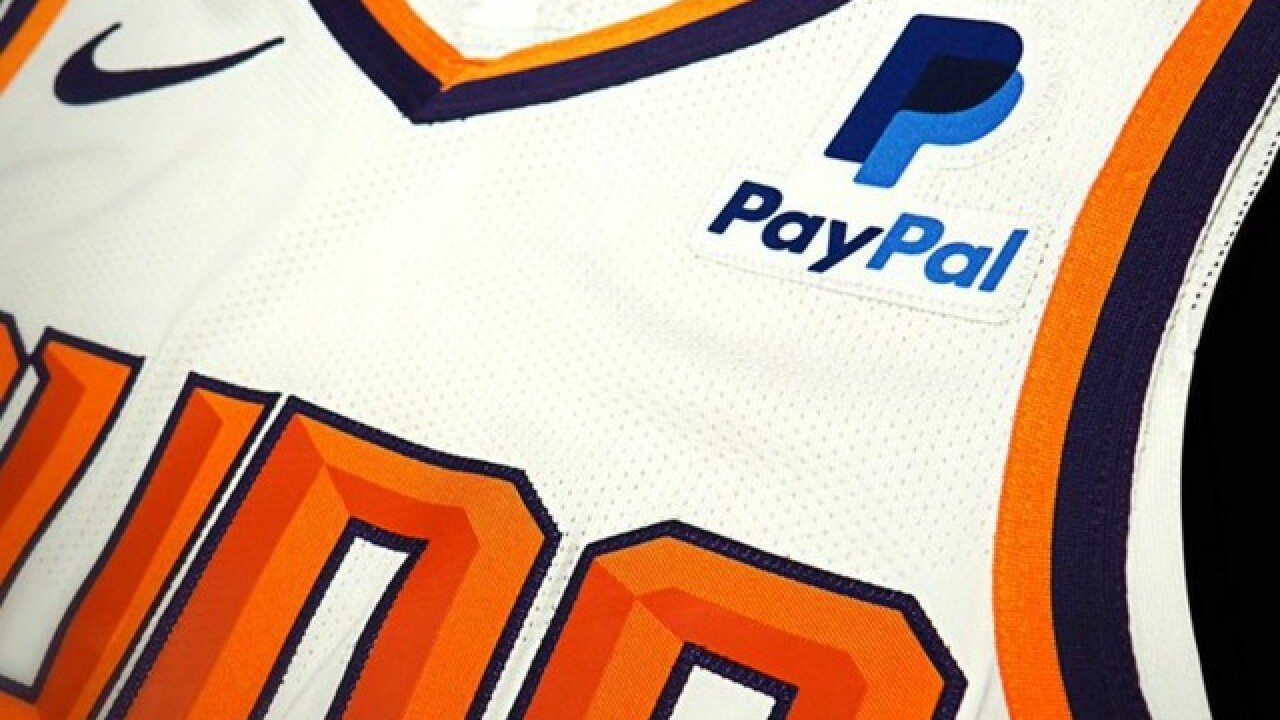 Copyright 2018 Scripps Media, Inc. All rights reserved. This material may not be published, broadcast, rewritten, or redistributed.
<p>(Via Phoenix Suns)</p>

The Phoenix Suns have introduced a new partnership -- and a new addition to their uniforms -- as part of their effort to make payments faster and easier for fans heading into next season, and move Talking Stick Resort Arena to a cashless era.

The Suns announced Tuesday that PayPal has become the official payment partner of the team, and this season's jerseys will include the PayPal logo on the front left portion of the uniform, beginning with their regular-season opener Oct. 17.

PayPal is thrilled to partner with the Phoenix @Suns to enhance the fan experience ecosystem by creating a seamless payment process when purchasing tickets, merchandise, concessions, and more. https://t.co/mLCAj2yYAu pic.twitter.com/4Hz1zaWehy

ESPN's Darren Rovell reported PayPal "will be integrated into the Suns' mobile app, which will allow fans to make one-touch payments to buy everything from merchandise to concession items within Talking Stick Arena, as well as pay for parking."

"With sports fans, every second counts. There's a sense of urgency. The goal is for payments to not take away from that urgency," Robert Clarkson, general manager of PayPal North America, told ESPN. "When someone orders a beer and people have to pass the beer down the aisle and then the money back and forth, it involves 25 people and takes away from their experience."

The Suns will become the 25th NBA team to add a sponsorship patch to their jerseys. The only five teams yet to add a patch are the Chicago Bulls, Houston Rockets, Indiana Pacers, Oklahoma City Thunder and Washington Wizards.  Per Yahoo Sports, corporate sponsors spent about $1.12 billion on the NBA last season thanks in large part to those patches.

Clarkson, Arizona Governor Doug Ducey, Suns President and CEO Jason Rowley and Suns guard Devin Booker are set to visit the PayPal office in Chandler on Tuesday afternoon to celebrate the announcement and engage with employees.