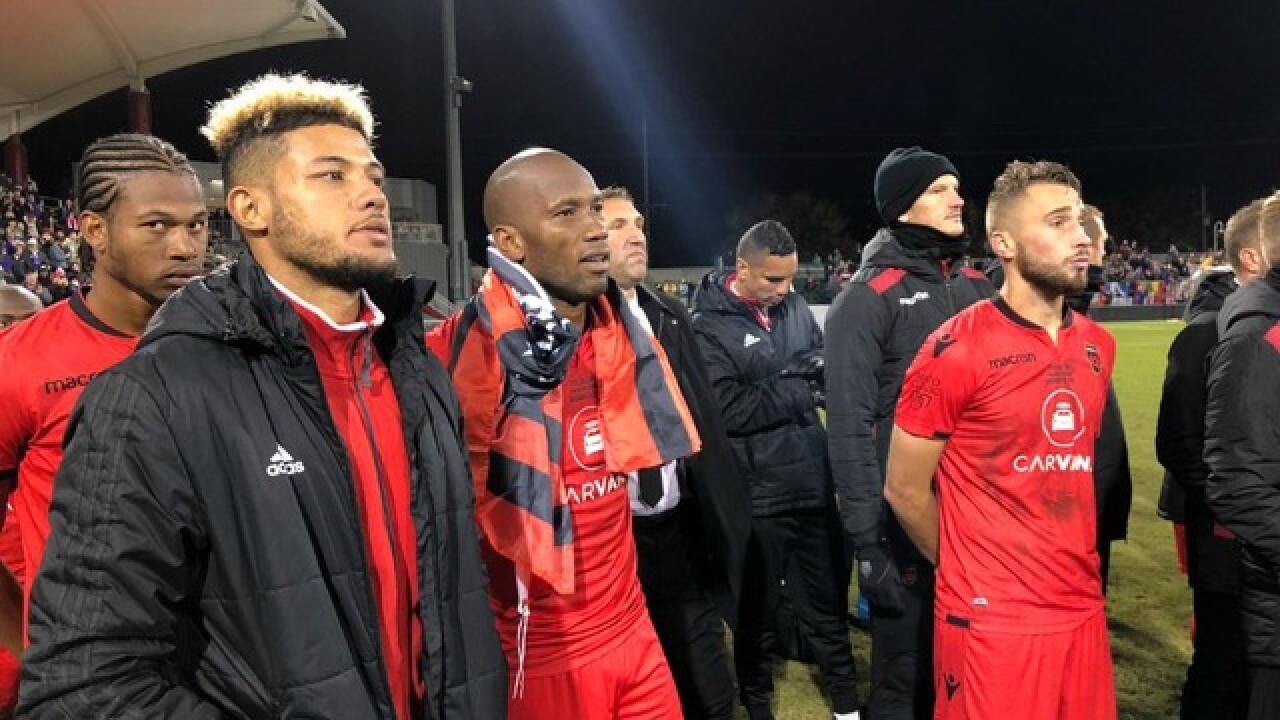 Copyright 2018 Scripps Media, Inc. All rights reserved. This material may not be published, broadcast, rewritten, or redistributed.
<p>Photo courtesy of Phoenix Rising FC</p>

Rising won three straight postseason games in order to advance to the USL Cup final, including a pair of victories in front of record home crowds. An estimated 2,000 fans turned out for Rising's watch party at its stadium on Thursday evening.

But Louisville's Luke Spencer scored the game's lone goal about one hour into the game. Rising had several chances to tie in the final minutes but couldn't get the equalizer.

Staying on the pitch to honor the champs. Congratulations @loucityfc. Let’s do it again next season. #UpRising pic.twitter.com/548Sqw6cov

The game was the last for soccer legend and Phoenix Rising co-owner Didier Drogba. The 40-year-old former Chelsea FC star scored in each of Rising's three playoff victories.

Fans watching in Tempe held their breath as Rising came close to scoring on multiple occasions. The Bandidos and Red Fury supporters sections were as loud as they typically are for Rising's home games.

The reaction when Jason Johnson came *that close* to giving @PHXRisingFC the lead in the @USL Cup final. pic.twitter.com/ifDeJeBUGy

Winds in Tempe picked up in the final minutes of Thursday's game, bringing down of the two inflatable screens set up at the stadium.

Well, not only did Phoenix Rising come up short... one of the two inflatable screens collapsed in the final minutes. pic.twitter.com/XKsAF0P9ac

Drogba and Rising now await a big decision from Major League Soccer. Phoenix is one of 10 cities vying for two expansion MLS teams. There is no timetable for a decision on the allocation of those teams.