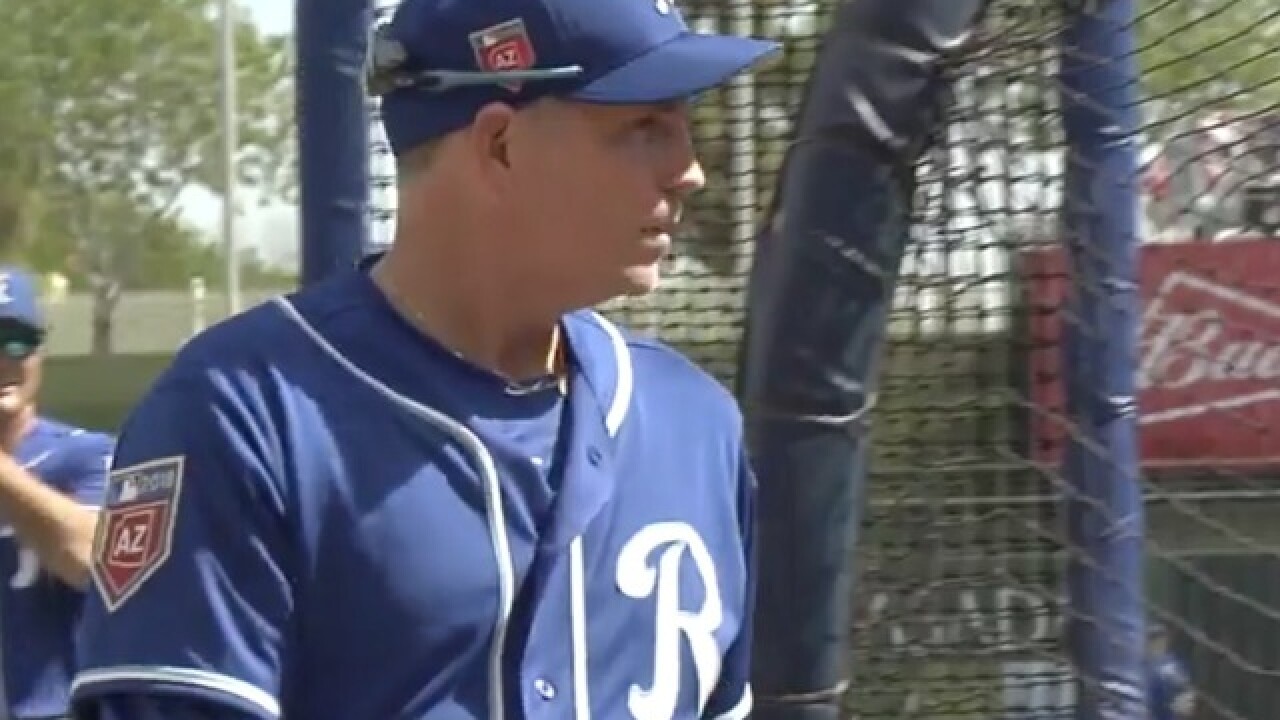 Sveum had a medical appointment for a stiff neck and missed the photo shoot, so Caviezel stood in for him.

"That way we can Photoshop the head with Dale in there," Royals manager Ned Yost said.

Emily Penning, executive assistant to the general manager, was the "director" of the staff shot.

"And Emily was going, 'Jesus, you need to move back a little bit. Jesus, we're glad you're here,'" Yost said. "[Caviezel replied], 'Yeah, you're really going to need me this year.'"

Caviezel, who starred in the TV series "Person of Interest" and is best known for playing Jesus in the movie "The Passion of the Christ," said it was "funny" to be in the Royals' photo.

"I think it's more humbling for me to pop into a picture and impersonate some guy," Caviezel said. "I enjoyed it, just getting into a team photo. How many times would you ever be on a MLB field?"

Caviezel is in camp at the invitation of friend Mike Sweeney, a former Royals player who is in the team's front office. The club had a private prescreening of Caviezel's latest movie, "Paul, Apostle of Christ," which opens nationwide next week.

Caviezel took batting practice with Sweeney pitching. When the round ended, Caviezel was standing around.

Caviezel began retrieving the balls that barely made it out of the hitting cage.

Caviezel used his phone to take pictures of himself wearing a Royals' No. 33 uniform.

"Look, Jesus is over there taking selfies," Yost said with a laugh.

Later, starting pitcher Ian Kennedy got out of a bases-loaded jam in the third by allowing just one run against the Chicago Cubs on an Anthony Rizzo sacrifice fly.

"Jesus was in our dugout, watching over us a little bit," Kennedy said.