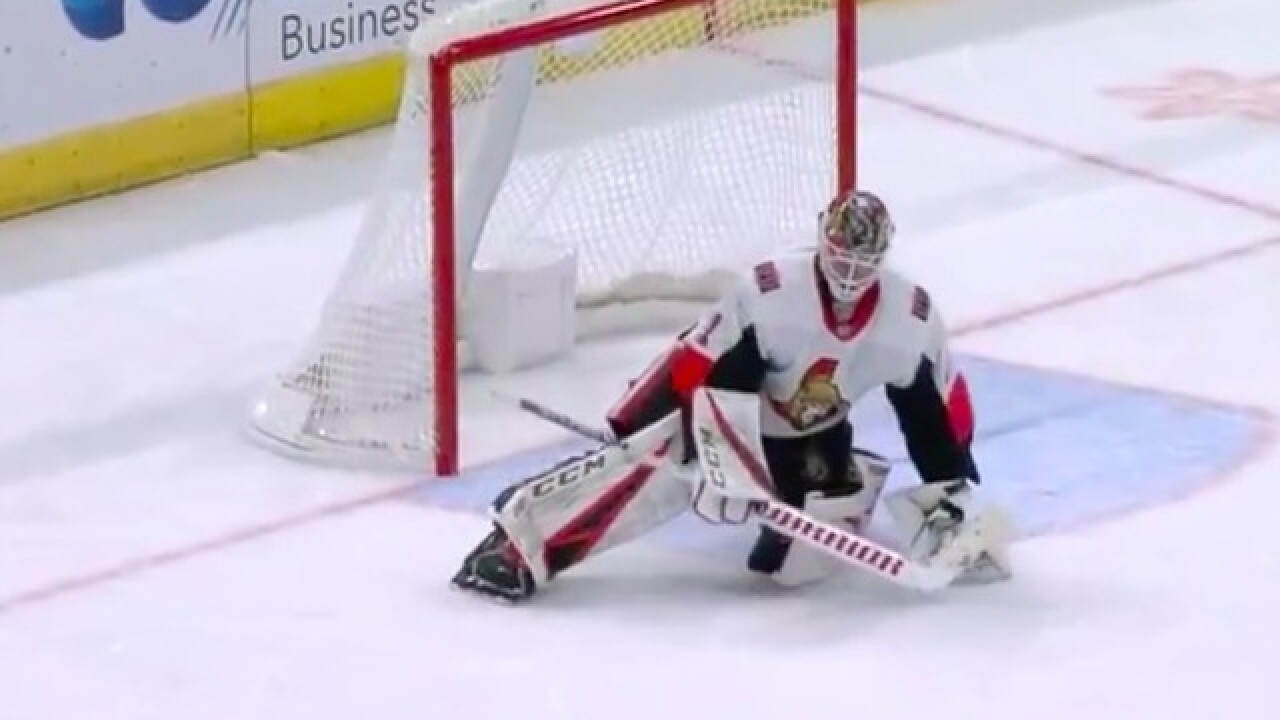 UPDATE: Mike Condon, who allowed the awful goal you'll see below, was waived by the Senators just hours later.

The Arizona Coyotes came into Tuesday night's game vs. the visiting Ottawa Senators riding a three-game winning streak, including a 7-1 victory over Tampa Bay on Saturday -- the most goals they scored in a single game in over four years.

The Coyotes kept on rolling Tuesday, thanks in part to a massive blunder by Senators goaltender Mike Condon.

Late in the first period, the Condon allowed a Coyotes goal on a shot by Derek Stepan that wasn't even intended as a real attempt on goal. Instead, Stepan was simply attempting to clear the puck out of his own team's zone during an Ottawa power play.

Watch the reaction from Stepan, who was headed back to the bench for a line change, when he realized he scored. Priceless.

DEREK STEPAN FINDS THE BACK OF THE NET FROM HIS OWN BLUE LINE, BEATING MIKE CONDON THROUGH HIS LEGS! WHAT A WACKY GOAL!#OurPack pic.twitter.com/OxSQus4OUZ

Condon, who had already allowed two first-period goals, was promptly replaced in net, and the Coyotes went on to win 5-1 for their fourth straight victory.

The Coyotes opened the season 1-4 but have won five of their last six games and are just three points out of first place in the Pacific Division. Their fortunate first-period goal was their fifth shorthanded goal in their last three games, marking only the 11th time since the 1933-34 season that a team has scored five shorthanded goals over a three-game span.