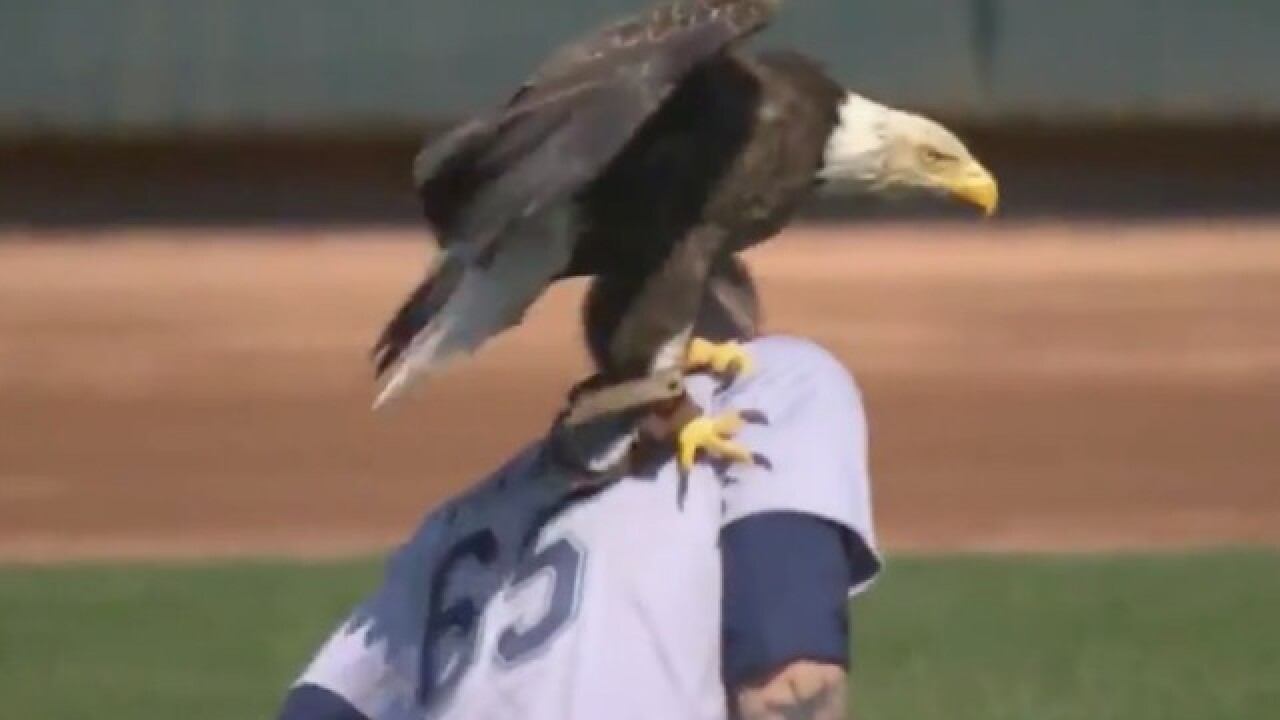 Copyright 2018 Scripps Media, Inc. All rights reserved. This material may not be published, broadcast, rewritten, or redistributed.
<p>(Via @fsnorth/Twitter)</p>

The biggest challenge for Seattle left-hander James Paxton at Minnesota’s home opener came even before he started pitching on the 38-degree afternoon.

Paxton was standing alone in left field at Target Field, taking a break from his warmup throws for the pregame ceremony Thursday. That’s when a bald eagle brought in for a flight over the playing field prior to the national anthem apparently became confused.

Rather than soaring to the mound to reach his summoning handlers, the bird’s path went toward Paxton, causing him to jerk his body backward to avoid being grazed. Then the eagle, named Challenger, landed in the grass before circling back to find a perch on Paxton's right shoulder. One of the trainers hustled out to lure the bird safely away.

This bald eagle decided to switch up its national anthem routine 😂 pic.twitter.com/lGXZeqaIDt

Minnesota fans, meanwhile, might have seen enough of eagles, too. The Vikings lost to the Philadelphia Eagles in the NFC title game in January, then had the Eagles win the Super Bowl in Minneapolis in February.