OOPS: Diamondbacks get home run after ball pops out of outfielder's glove 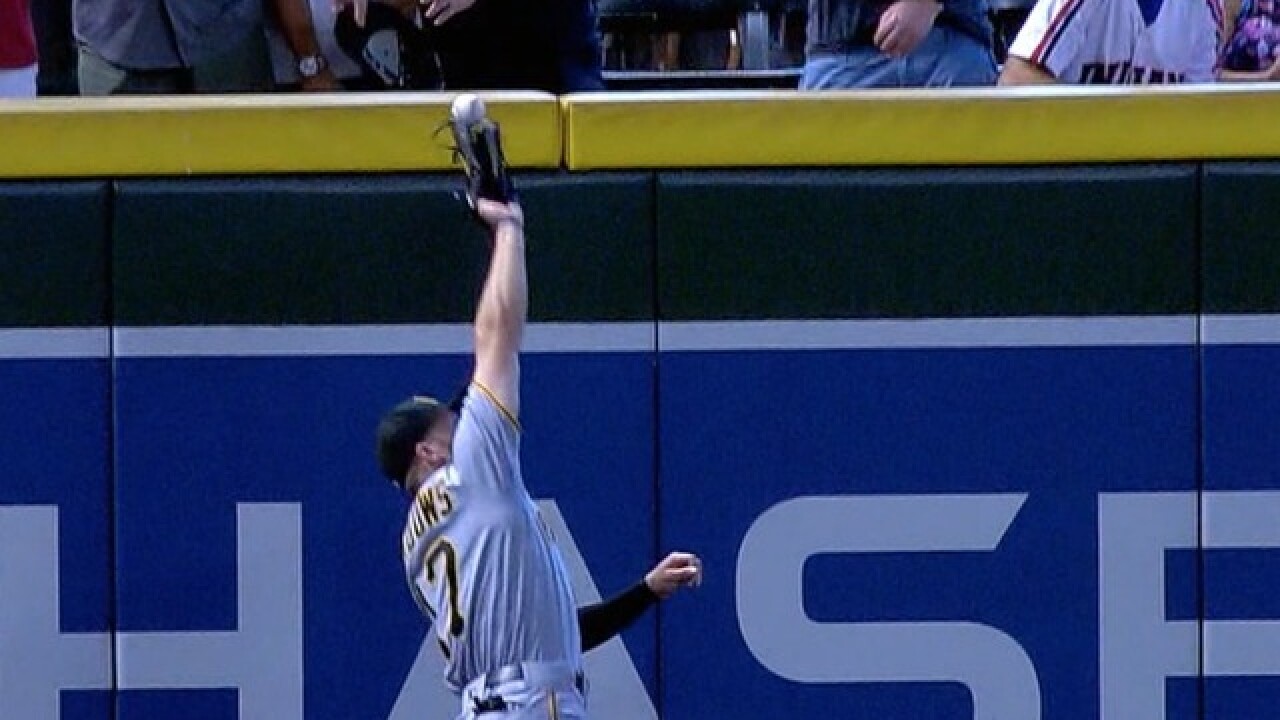 The Arizona Diamondbacks' five-game winning streak came to an end, but the Pittsburgh Pirates did their best to help the D-backs extend that streak to six early in Wednesday's matinee matchup in Phoenix.

With two outs in the bottom of the first inning, David Peralta hit a ball hard into left field. It looked like Pirates outfielder Austin Meadows made the grab to end the inning... but nope! The ball popped out of his glove and into the left-field bleachers to give Arizona a 2-0 lead.

Meadows seemed to believe he still had the ball in his glove before he realized (or accepted) what had happened.

The #Pirates have been in a very giving mood all series and David Peralta is the recipient today. The result: a 2-0 @Dbacks lead. pic.twitter.com/FWKzzVYAPd

Unfortunately, the Pirates countered with four runs in the second inning and held off a ninth-inning D-backs rally for a 5-4 victory. The D-backs did take the three-game series from Pittsburgh, however, and now look ahead to a four-game home series vs. the New York Mets.