One and done: Arizona Wildcats eliminated from NCAA Tournament 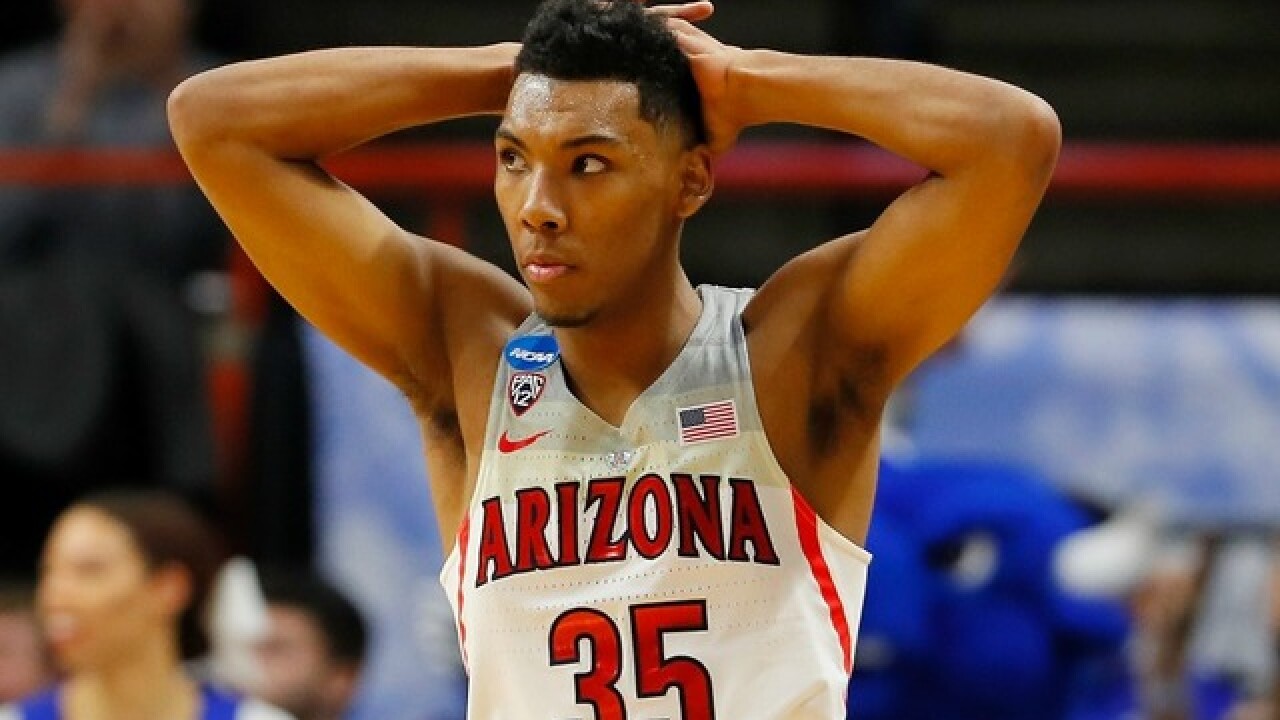 Copyright 2018 Scripps Media, Inc. All rights reserved. This material may not be published, broadcast, rewritten, or redistributed.
Kevin C. Cox
<p>Allonzo Trier #35 of the Arizona Wildcats reacts after missing a basket against the Buffalo Bulls during the first round of the 2018 NCAA Men's Basketball Tournament at Taco Bell Arena on March 15, 2018 in Boise, Idaho. (Getty Images)</p>

No. 4 seed UA, which was a trendy pick to advance to this year's Final Four, was blown out 89-68 by No. 13 seed Buffalo in Boise, Idaho on Thursday night. The Bulls hit 15 3-pointers en route to the victory, while Arizona went just 2 of 18 from beyond the arc.

The loss was the most lopsided for a 4 seed vs. a 13 seed in NCAA Tournament history.

The Buffalo Bulls (13) keep their #MarchMadness dreams alive and pull off the upset in Boise! pic.twitter.com/Rph0xu4a63

Star freshman Deandre Ayton had 14 points and 13 rebounds for the Wildcats in a losing effort.

Arizona was eliminated in the Sweet Sixteen by No. 11 seed Xavier -- UA coach Sean Miller's former team -- in the 2017 tournament, and in the first round by No. 11 seed Wichita State in 2016.

As fate would have it, Nate Oats, Buffalo's head coach, was an assistant coach under ASU head coach Bobby Hurley until Hurley took the Sun Devils' job before the 2015-16 season.

Buffalo moves on to face No. 5 seed Kentucky on Saturday. The Wildcats, meanwhile, have plenty of questions to answer, including whether Miller will return to the team next season following an FBI probe and numerous off-court distractions that loomed overhead throughout this season, and have left UA without a single commit for 2018-19.