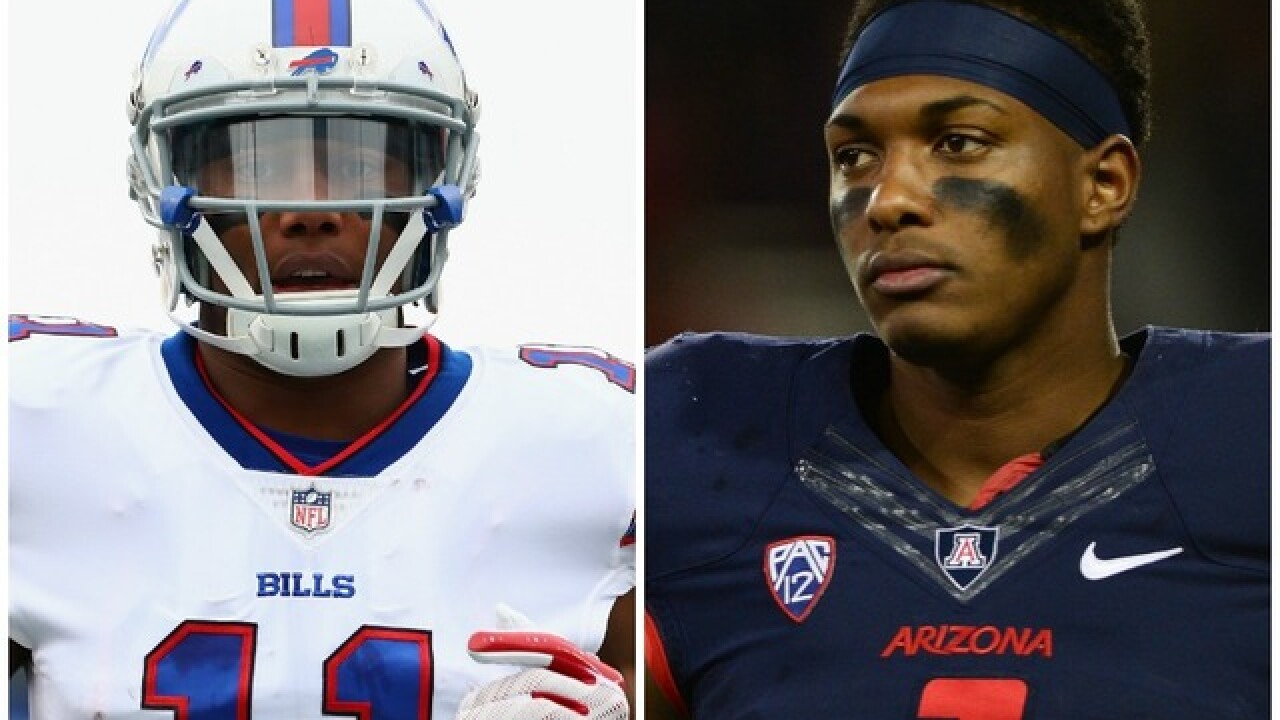 Former Arizona Wildcats wide receiver Cayleb Jones stopped his brother, Buffalo Bills wide receiver Zay Jones, from jumping out of a 30th-floor window during a "bizarre naked struggle" on Monday night, according to a report by TMZ Sports.

TMZ obtained a video of the altercation and the aftermath that reportedly occurred Monday night in a downtown apartment building in Los Angeles. The beginning of the video depicts a naked Zay Jones in a verbal dispute with his brother Cayleb.

"You can hear Zay yelling, 'I'm going to fight for Jesus'... and according to witnesses, Cayleb was trying to stop him from jumping out of a 30th-floor window," TMZ reported.

The TMZ video appeared to reveal blood on the walls and floor of the apartment building following the altercation. Zay Jones was reportedly arrested for felony vandalism. "We're told Zay actually tried to squeeze through the hole in the window, but Cayleb restrained him until police arrived," TMZ reported.

**WARNING: The below video contains graphic content, including blurred nudity and offensive language.**

The Bills selected Zay Jones in the second round of the 2017 NFL Draft. He caught 27 passes for 316 yards and two touchdowns in his rookie season.

Cayleb Jones played two seasons at Arizona. He caught 129 passes for 1,926 yards and 14 touchdowns for the Wildcats from 2014-15. He went undrafted but is currently a member of the Minnesota Vikings.