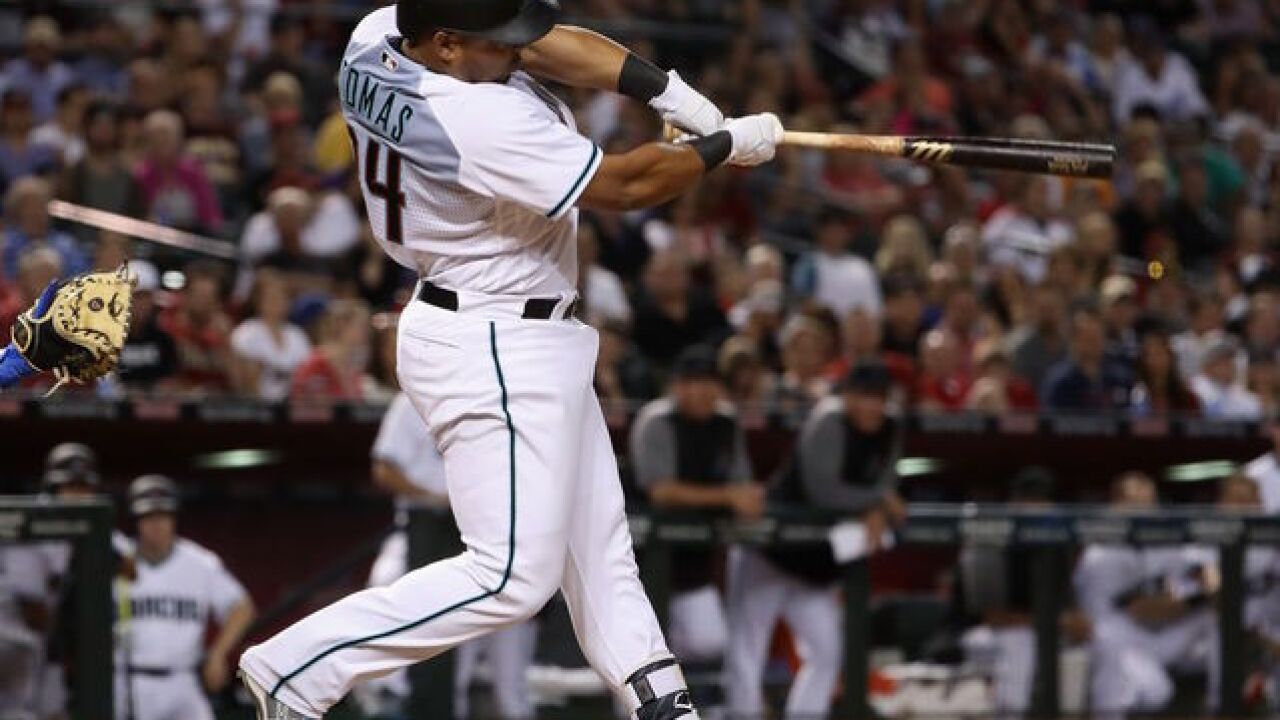 Copyright 2018 Scripps Media, Inc. All rights reserved. This material may not be published, broadcast, rewritten, or redistributed.
<p>Photo: Getty Images</p>

The average major league salary on opening day dropped slightly following an offseason of slashed contracts for many free agents and the decisions to start three highly paid players in the minor leagues, according to study by The Associated Press.

That includes Arizona Diamondbacks outfielder Yasmany Tomas, who is making $13.5 million this season but will start the year with the AAA Reno Aces.

Two late-signing free agent pitchers were optioned to farm teams just ahead of Thursday's openers to get more preparation time: Philadelphia's Jake Arrieta and Baltimore's Alex Cobb. If they had remained in the majors, the average would have been down just $1,380. And if Yasmany Tomas had also remained in the big leagues, the average would have been up 0.2 percent to $4.46 million.

Boston had a $224 million payroll and topped the major leagues for the first time since at least the 1980s. San Francisco was next at $207 million, followed by the Chicago Cubs ($182 million), Washington ($181 million), the NL champion Los Angeles Dodgers ($179 million), the Los Angeles Angels ($170 million) and the New York Yankees in seventh at $167 million. The Yankees have their lowest payroll since 2003 and their lowest ranking since 1992.

The Dodgers' payroll has dropped from a record $270 million at the start of 2015. World Series champion Houston was 10th at $158 million.

After an offseason that saw many well-known free agents fail to reach deals before spring training -- and some are still looking to land with teams -- there were troubling signs for non-star veterans fearing they will be replaced by low-priced youth.

MLB's median salary, the point where an equal number of players earn above and below, dropped to $1.32 million, down from $1.5 million on each of the two previous opening days and $1.65 million at the start of the 2015 season.

There are 40 players making $20 million or more, an increase of two.

Average and median salaries decline over the course of the season as veterans are released and replaced by younger players making closer to the minimum. The players' association calculated last season's final average at just under $4,097,122 and the commissioner's office at $3,955,920.

The AP's figures include salaries and prorated shares of signing bonuses and other guaranteed income for players on active rosters and disabled lists plus Houston's Yuli Gurriel, who is on the restricted list while serving a five-game suspension; and Cincinnati Yaisel Iglesias, who is on the paternity list. For some players, parts of deferred money are discounted to reflect current values.

Payroll figures factor in adjustments for cash transactions in trades, signing bonuses that are the responsibility of the club agreeing to the contract, option buyouts and termination pay for released players.