Phoenix Suns fans can score a Charles Barkley bobblehead and meet members of the 1992-93 Western Conference championship team on Friday as part of the team's season-long 50th anniversary celebration.

The Suns announced they will host "Decade Night" during Friday's game vs. the Houston Rockets at Talking Stick Resort Arena. As part of the festivities, Suns players from the 1990s will be on hand, including members of the 1992-93 team: Barkley, Kevin Johnson, Dan Majerle, Tom Chambers, Mark West, Oliver Miller, Richard Dumas and head coach Paul Westphal.

Former Suns players on hand will sign autographs for fans before the game in the Casino Arizona Pavilion at the northwest side of the arena, and members of the 1992-93 team will be recognized during a halftime ceremony. In addition, the first 5,000 fans in attendance will receive a Charles Barkley bobblehead (pictured below).

The game will begin Friday at 8:30 p.m. Tickets can be purchased here. 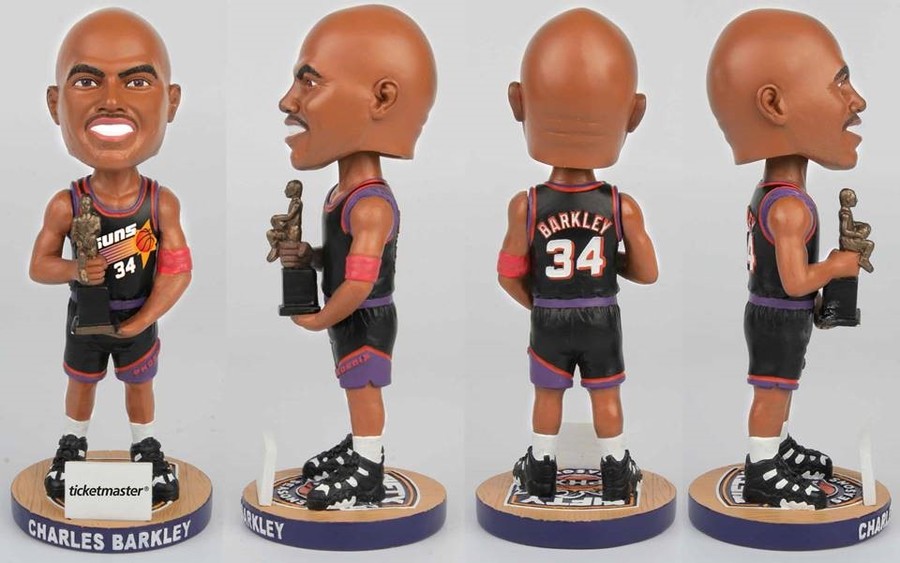