Marlins pitcher trips off mound during game vs. Diamondbacks 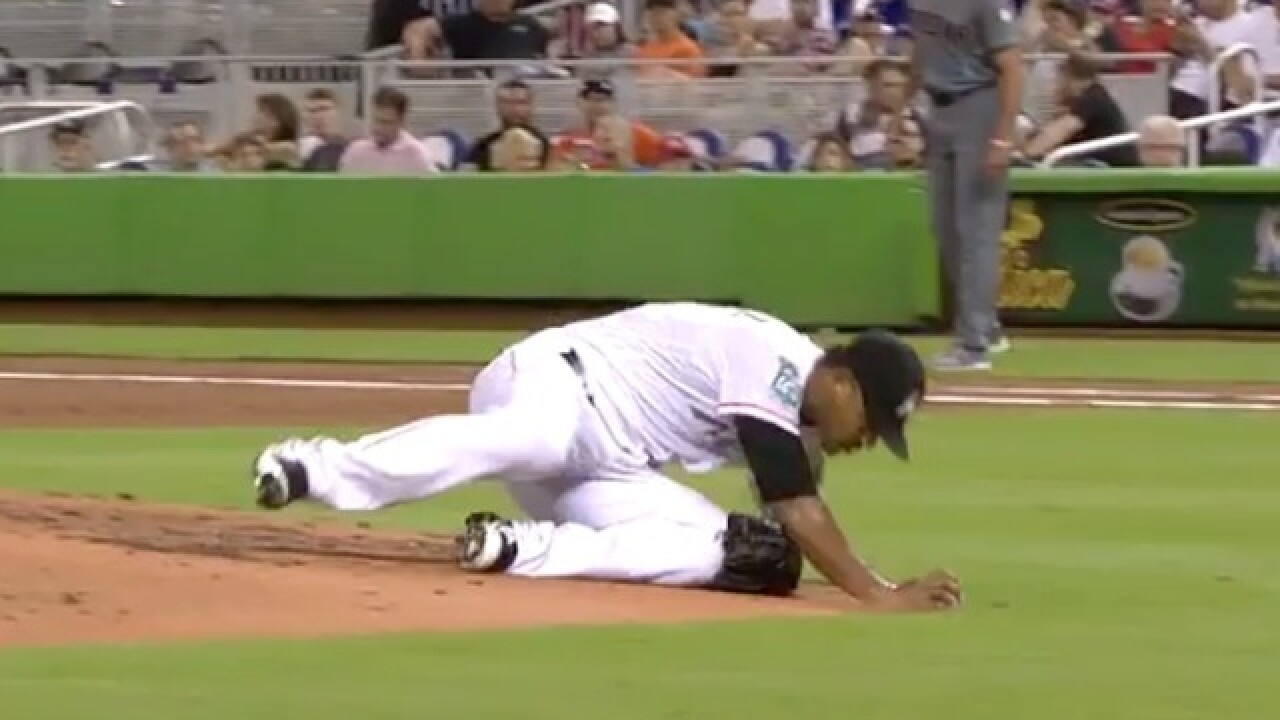 Welp... that could have been a lot worse.

In the second inning of the Miami Marlins' game vs. the visiting Arizona Diamondbacks on Tuesday, Marlins pitcher Elieser Hernandez had a scary moment when he tripped off the mound while delivering a pitch to fellow pitcher Zack Godley.

The play was ruled a balk, allowing D-backs runners on first and second base to move up to second and third. But Hernandez popped back up and proceeded to strike out Godley to end the inning with no runs scored.

pitching can be tough pic.twitter.com/0efKxshZ8x

The D-backs went on to defeat Hernandez and the Marlins 5-3 on Tuesday night to even their four-game series at one win apiece.