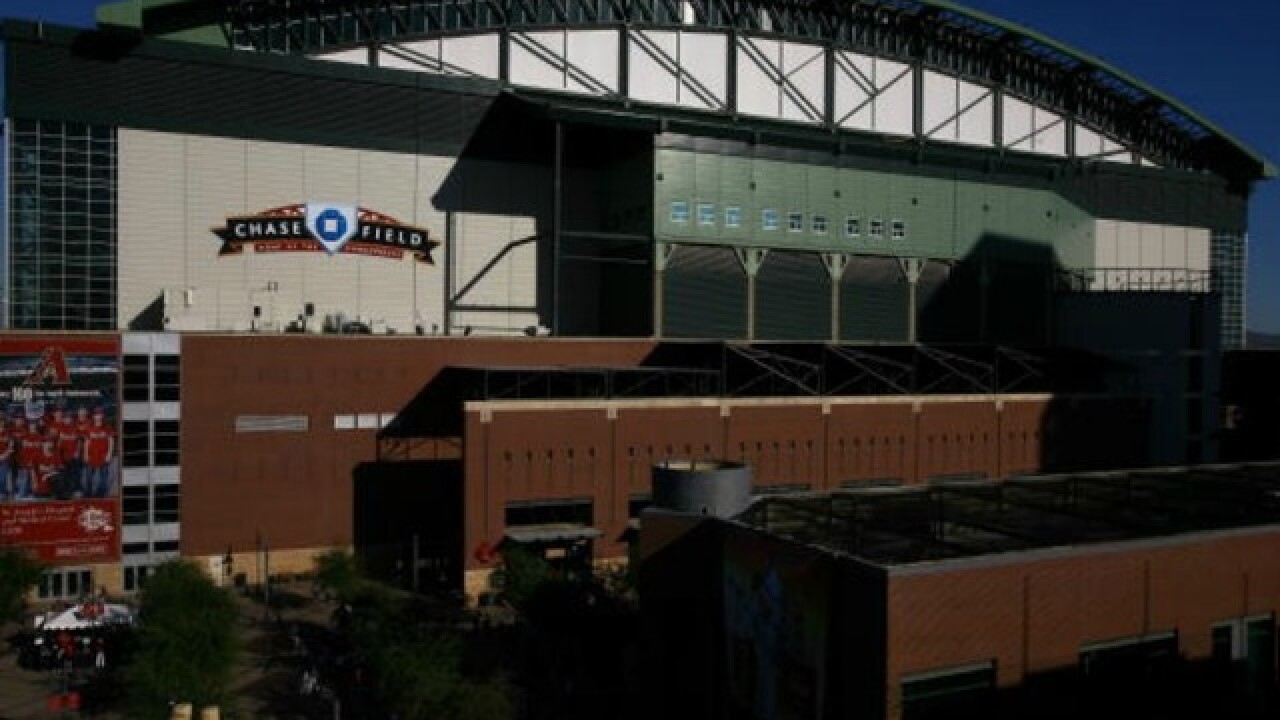 Copyright 2017 Scripps Media, Inc. All rights reserved. This material may not be published, broadcast, rewritten, or redistributed.
<p>Forbes magazine recently <a href="https://www.forbes.com/sites/maurybrown/2018/03/19/ranking-all-30-of-mlbs-ballparks-first-to-worst/#c270c156be4a" target="_blank">ranked all 30 current Major League Baseball stadiums from worst to best.</a> The criteria: ballpark setting, aesthetics, views from inside and outside the stadium, amenities, historic relevance and external development that adds to the experience. (Photos courtesy of Getty Images)</p>

The Maricopa County Stadium District Board of Directors voted Wednesday to approve a Memorandum of Understanding between the county and the Arizona Diamondbacks that will put an end to litigation filed by the Diamondbacks while allowing the team to look for a new place to play.

The new agreement will allow the Diamondbacks to leave Chase Field in downtown Phoenix without penalty as soon as 2022 -- even though the current lease is active through 2027 -- provided that the new stadium is located within Maricopa County. The agreement also puts an end to a lawsuit the Diamondbacks filed against the Maricopa County Stadium District in January 2017, after the team and county failed to reach an agreement regarding payment for requested repairs and upkeep to the stadium.

The Diamondbacks have called Chase Field home since they began play in 1998.

“This deal represents the best chance to keep the Diamondbacks in Arizona for the foreseeable future, which has been a goal of ours all along,” Steve Chucri, Chairman of the MCSD Board of Directors, said in a statement. “It’s good for baseball fans, and it’s good for taxpayers who will not pay a single cent more for stadium costs under this agreement.”

Per the agreement, the Diamondbacks will be responsible for the management, operation and maintenance of Chase Field going forward, along with any future repairs and physical work at the stadium. The team will also be responsible for all event booking at the stadium, as well as any other revenue-generating activities, and it will immediately be allowed to explore options for repairing and rebuilding Chase Field.

"We are glad that today's vote puts the lengthy dispute with Maricopa County behind us so that we can begin looking forward for the benefit of our fans and the organization," D-backs managing general partner Ken Kendrick said in a statement. "As we are now responsible for Chase Field in ways that we were not in the past, we will do everything in our power to ensure a safe and friendly environment while being diligent in determining the best long-term stadium option for the D-backs. Our front office will continue to focus on our team on the field, the fan experience and the key role we play in the Arizona community."

If the Diamondbacks elect to leave Maricopa County following the 2022 season but before the 2027 season, the team will be required to pay a buyout to the county -- as little as $5 million and as much as $25 million, depending on which year the team decides to leave.