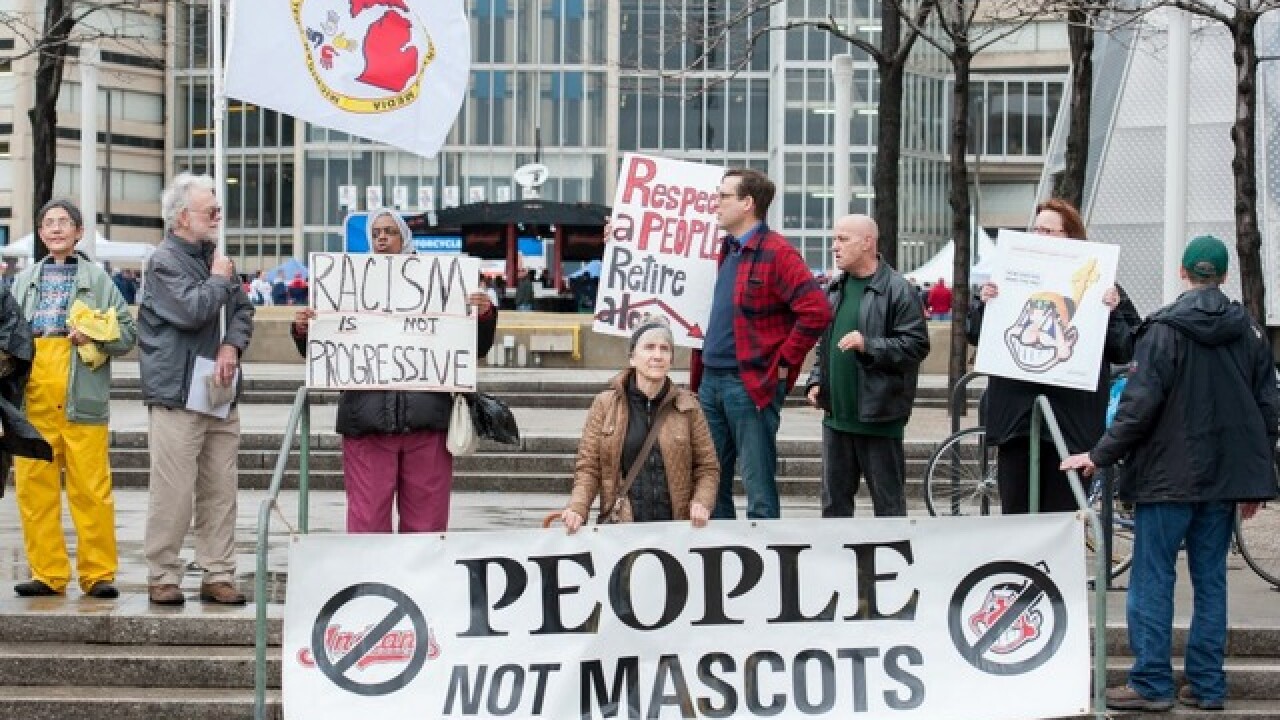 Copyright 2018 Scripps Media, Inc. All rights reserved. This material may not be published, broadcast, rewritten, or redistributed.
Jason Miller
<p>Protestors voice their opinion about Cleveland Indians mascot Chief Wahoo outside Progressive Field prior to the game between the Cleveland Indians and the Minnesota Twins on April 4, 2014 in Cleveland, Ohio. (Getty Images)</p>

A man who has held protests saying the Cleveland Indians' Chief Wahoo mascot is racist has been sentenced in federal court for stealing money from federal grants aimed at helping Native Americans.

Robert Roche received four months in prison followed by four months of home confinement on Wednesday. A judge ordered him to pay $77,000 in restitution, the amount he was accused of stealing.

The 71-year-old Roche, of Cleveland, pleaded guilty to two counts of theft from programs receiving federal funds in May.

Major league baseball announced in January that Chief Wahoo will be removed from players' uniforms starting next year.