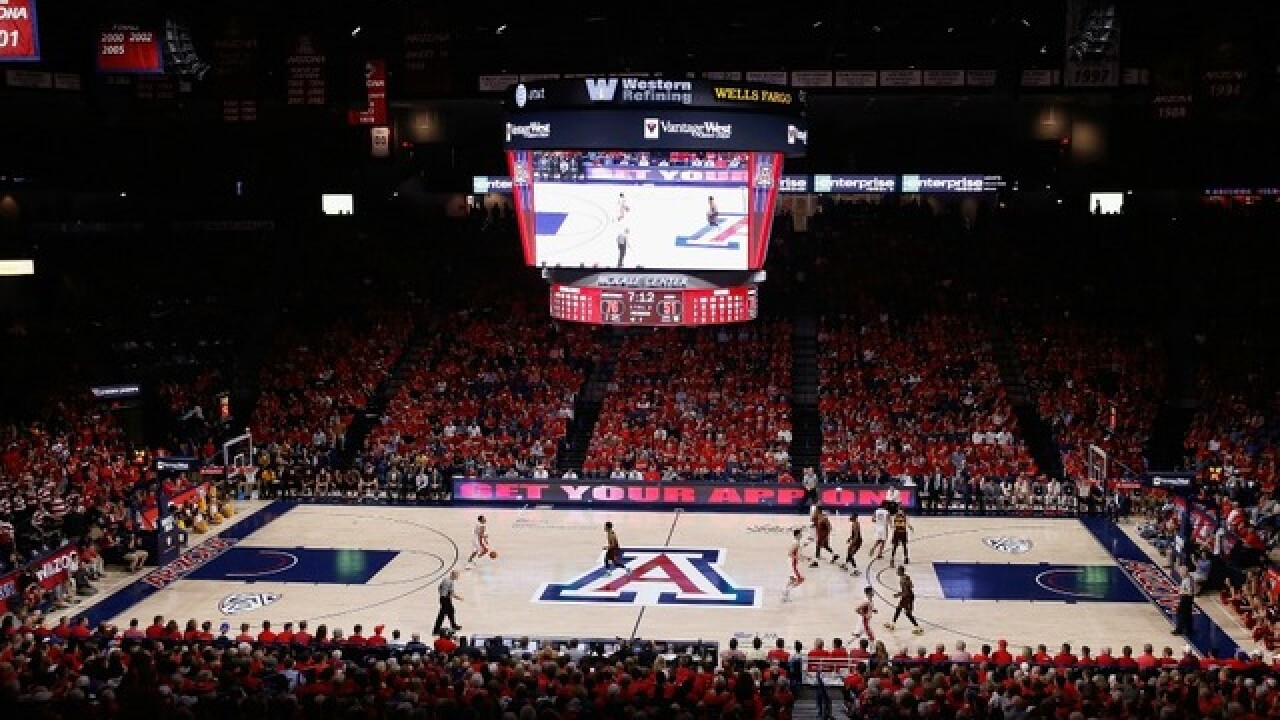 If you've ever been to a game at McKale Center in Tucson -- or, you know, ever spoken to an Arizona Wildcats fan for more than two minutes -- you know just how passionate UA fans are about their men's basketball team.

Well, Kevin Cayton is apparently no exception -- except he took his fandom past lines that are not ordinarily, or legally, crossed.

According to the Baraboo News Republic in Wisconsin: Cayton, a 51-year-old finance manager at an Illinois car dealership, pretended to be an employee at Buffalo Phil's in Lake Delton, Wisconsin when he called the restaurant's cable company in order to change its cable TV package to include Pac-12 Networks. The reason: He wanted to watch a UA basketball game at the restaurant when he came to visit during the upcoming weekend.

Cayton -- which, fittingly, is one letter away from Ayton -- has been charged with felony identity theft for financial gain and unauthorized use of an entity’s identifying information, both of which carry a maximum prison sentence of up to six years. Yep -- that means Cayton could face up to 12 years in prison for his alleged crimes, all because he desperately wanted to watch UA hoops.

From the story in the Baraboo News Republic:

Lake Delton police began investigating in February after the business manager at Buffalo Phil’s noticed a significant increase in the restaurant’s cable bill and contacted authorities, according to the criminal complaint. The officer eventually obtained 11 phone calls that were recorded by the cable provider, Charter Spectrum, in December.

In the calls, a man who identified himself as Pat Barkley asked to add the Pac-12 channel to the restaurant’s cable package. He mentioned wanting to watch an Arizona Wildcats basketball game later that week. In one of the recordings, the caller allegedly stepped away from the phone and spoke with someone else in the background, saying “Hey it’s Kevin.” In another call, police say, someone can be overheard purchasing a vehicle in the background and explaining that they work a second job at a health care facility in Illinois.

Police eventually put two and two together and learned Cayton's true identity, and traveled to Illinois to speak with him.

Per the Baraboo News Republic, Cayton was booked and released on $2,000 bond and is set to appear in court on Tuesday.