In a series of tweets, former linebacker and five-time NFL Pro Bowler Tamba Hali criticized NFL players who have chosen to kneel during the playing of the American national anthem, while praising the job President Trump has done in office.

Hali, who escaped civil war-ravaged Liberia and emigrated to the United States when he was 10 years old, was a first-round NFL Draft pick in 2006 and played for the Kansas City Chiefs from 2006-17. He used his Twitter page Wednesday to say NFL players who have chosen to kneel during the anthem were being "disrespectful," and said Trump "has done a great job in office."

Over 200 NFL players have chosen to sit or kneel during the national anthem before NFL games in the last two years. The movement began with former San Francisco 49ers quarterback Colin Kaepernick, who kneeled during the anthem before a 2016 preseason game to protest police brutality toward minorities in America. The protests ramped up last season after Trump called for players who choose not to stand during the anthem to be "fired."

"It’s disrespectful to men and women that lost their lives fighting for this country," Hali wrote. "I am Liberian American. I chose not to (take a) knee because I saw it as a disrespectful act for the many men that’s at war right now as we tweet."

Hali added that "my not kneeling down doesn’t mean I agree with the police brutality or brutality towards one another." 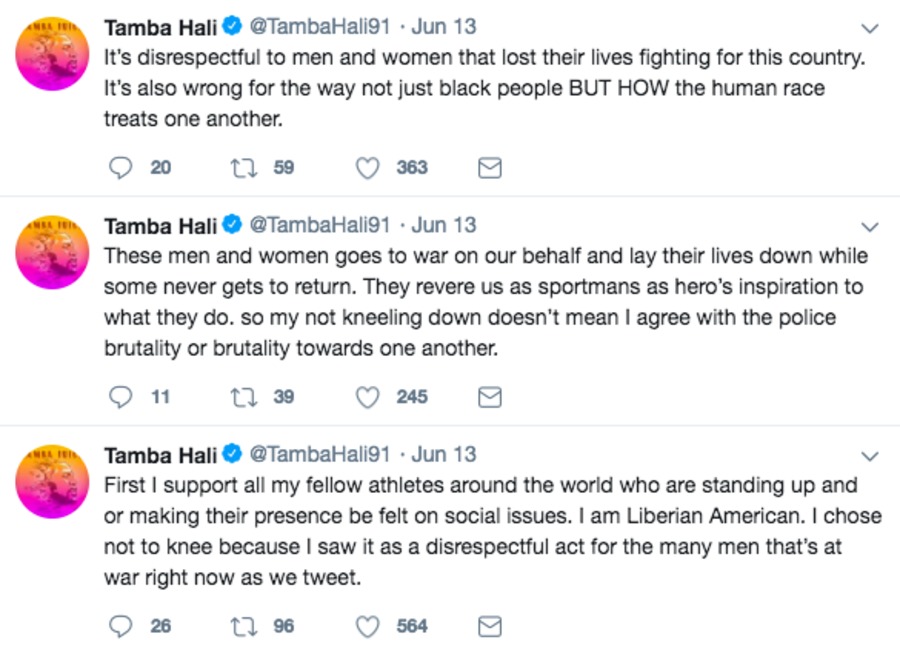 Hali also praised the tax cut signed by Trump late last year and said the president "forces everyone to ridicule him and it works to a charm and no one can see beyond this idea." 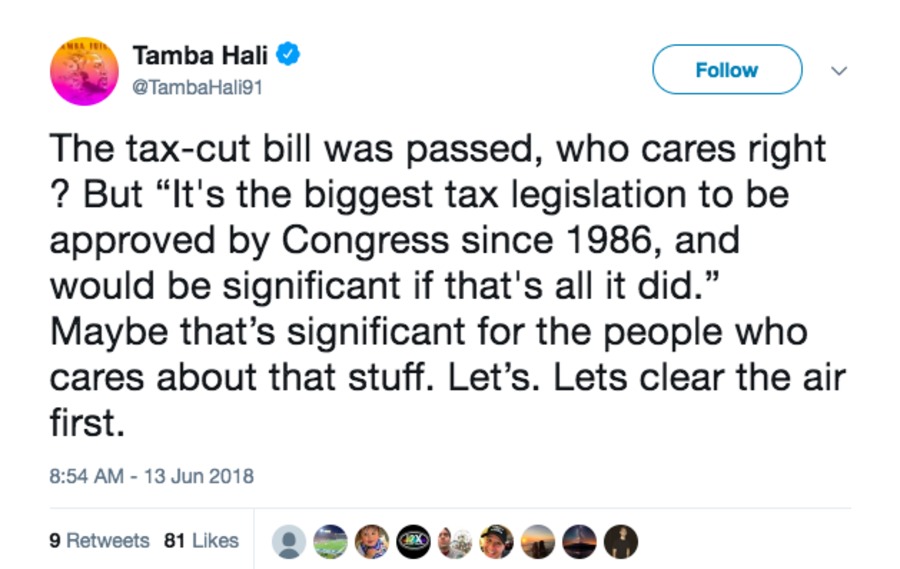 Per The Guardian, Hali and his siblings escaped Liberia after their father earned a job as a teacher and professor in the U.S., allowing him to obtain American citizenship and move his children to America with him.