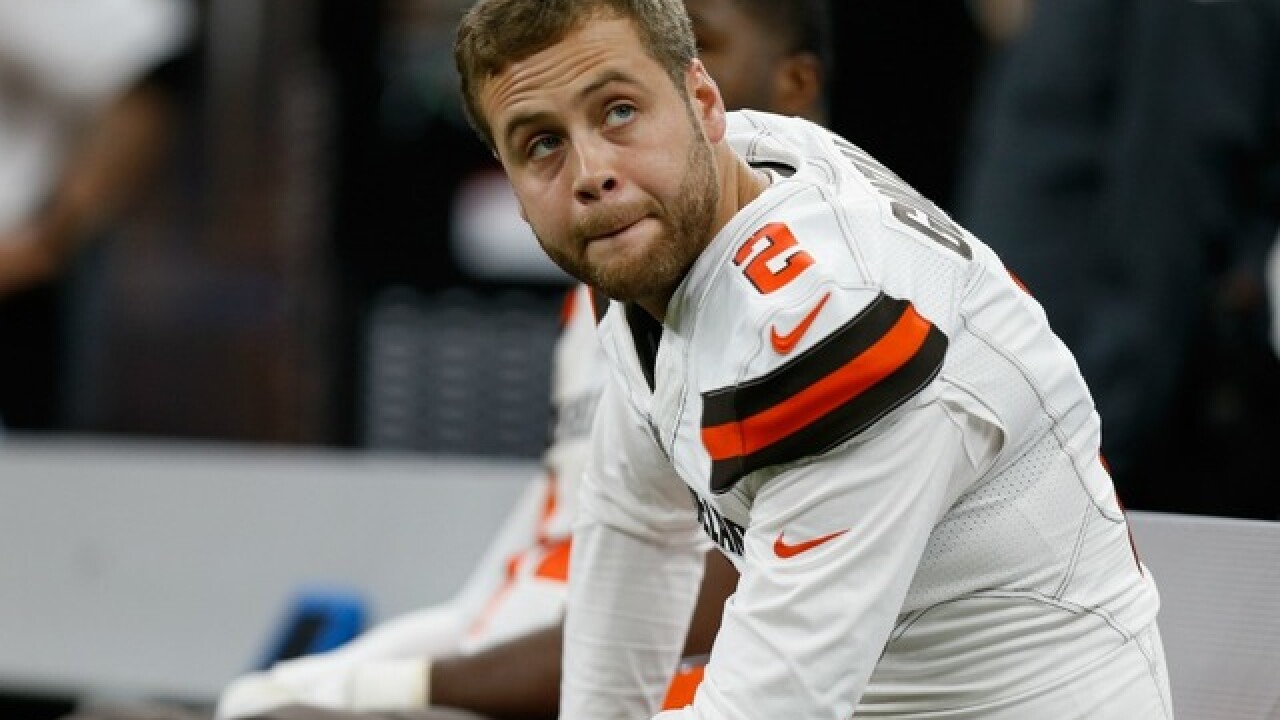 Copyright 2018 Scripps Media, Inc. All rights reserved. This material may not be published, broadcast, rewritten, or redistributed.
Jonathan Bachman
<p>Zane Gonzalez #2 of the Cleveland Browns reacts to their loss against the New Orleans Saints 21-18 at Mercedes-Benz Superdome on September 16, 2018 in New Orleans, Louisiana. (Getty Images)</p>

The 23-year-old Gonzalez, who starred at ASU from 2013-16 and was a unanimous All-American in his senior season, missed two field goals and two extra points in the Browns' narrow 21-18 loss at the New Orleans Saints on Sunday. Gonzalez's final miss came on a 52-yard field-goal attempt that would have sent the game to overtime in the final seconds.

They lose another one after Zane Gonzalez missed his fourth kick of the game from 52 yards. 🤮 pic.twitter.com/NoQWWkNEBy

Gonzalez also missed an extra point that would have given the Browns a one-point lead late in the game.

"“He better not say, 'My bad.' He might get his ass whooped," LeBron said about Gonzalez via his Instagram page.

LeBron not a fan of Zane Gonzalez right now.

“He better not say my bad, because he might get his ass whooped.” pic.twitter.com/OiWVkn1qgJ

The loss was especially cruel for Browns fans, whose team hasn't won a football game in 631 days. The Browns went 0-16 last season and nearly ended their losing streak last week vs. the Steelers, but they ultimately had to settle for a 21-21 tie in Cleveland. Gonzalez had a late 43-yard field-goal attempt blocked in the final seconds of that game.