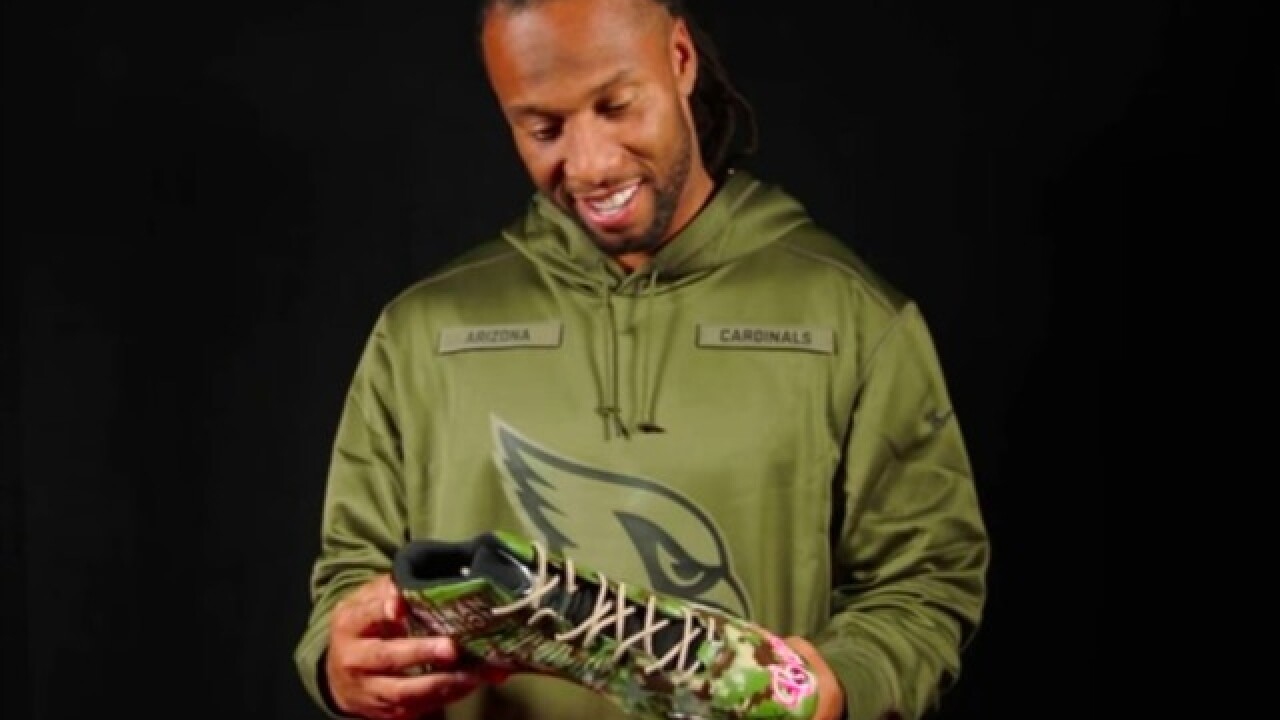 Larry Fitzgerald is teaming with USAA and the Pat Tillman Foundation to honor his fellow Arizona Cardinal during the NFL's "My Cause My Cleats" weekend.

Fitzgerald had a custom pair of cleats created to wear during the Arizona Cardinals' game at the Green Bay Packers on Sunday. Those cleats will honor Pat Tillman, the former Cardinal and Arizona State Sun Devil who famously gave up his NFL career to serve in the U.S. Army and was killed in action in 2004.

Tillman's widow Marie helped found the Pat Tillman Foundation in 2004 in order to provide academic scholarships for families of military veterans. The foundation has raised over $14 million to date.

Fitzgerald and USAA posted a video that showed the entire process of the creation of Fitzgerald's custom cleats.

Amazing to see my vision come to life with #MyCauseMyCleats. Awesome working with @usaa to support the @pattillmanfnd and call out great Americans. #SaluteToService #HonorThroughActionhttps://t.co/gMGTAlSpo3