Larry Fitzgerald sets NFL record for most catches with one team 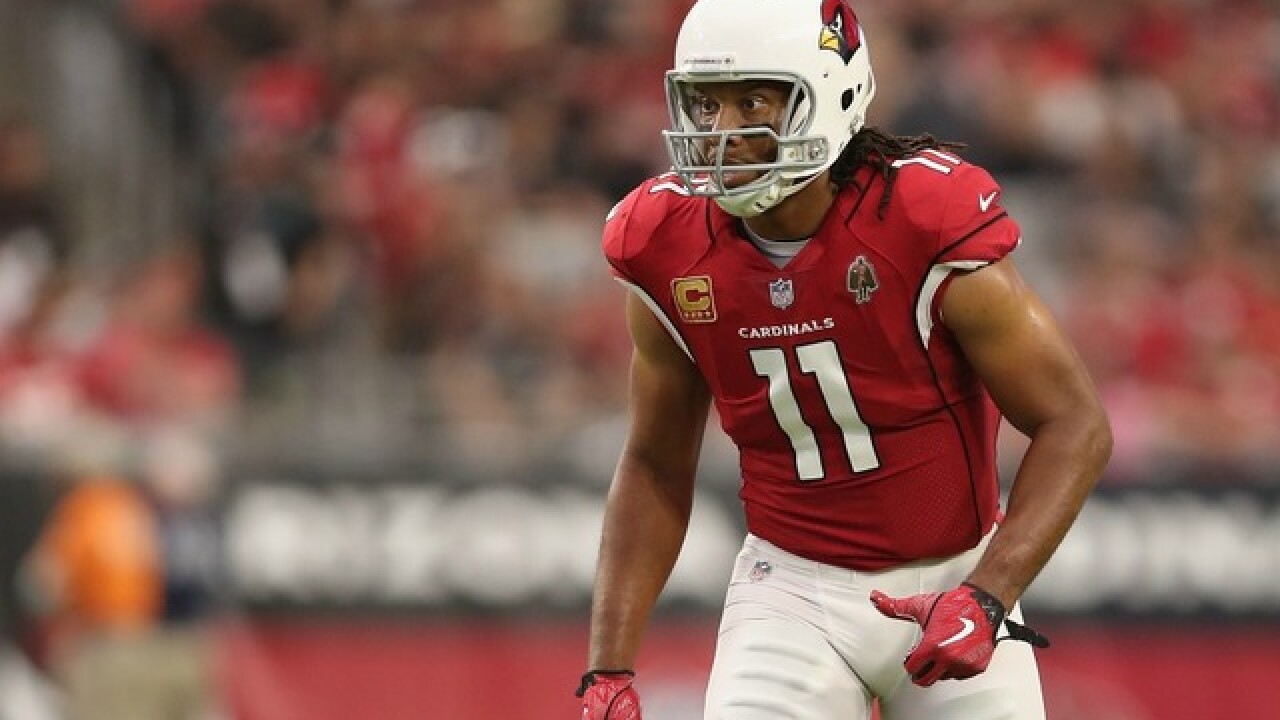 Larry Fitzgerald set a new NFL record for most receptions with a single team with his first catch of the game vs. the Detroit Lions in Glendale on Sunday.

Fitzgerald's first reception of the game gave him 1,282 catches for his career. With a 14-yard pass from Josh Rosen in the third quarter, he surpassed Jerry Rice, who had 1,281 catches with the San Francisco 49ers.

This put him ahead of @JerryRice for most receptions with one team in @NFL history.#ProBowlVote pic.twitter.com/2Hj9PH0JwV

No player in @NFL history has more catches with one team than @LarryFitzgerald has in our uniform.#ProBowlVote pic.twitter.com/j4uGpfuIBU

And there it is:

With his first catch of the game - a 14-yarder from Josh Rosen - @LarryFitzgerald passed Jerry Rice & now has more catches with one team than any player in @NFL history (1,282) #DETvsAZ pic.twitter.com/E85dRtCD56

Fitzgerald ended the game with five catches for 55 yards. The Cardinals lost to the Lions 17-3.

Fitzgerald has spent his entire 15-year NFL career with the Cardinals, who selected him with the third overall pick in the 2004 NFL Draft. He is among the NFL leaders in multiple receiving categories, including No. 2 all-time in receiving yards behind Rice.

Fitzgerald is third in NFL history in total receptions behind only Rice and Tony Gonzalez.

Fitzgerald also extended his streak to consecutive games with a reception to 224. That's the second-longest streak in NFL history, behind Rice's 274.