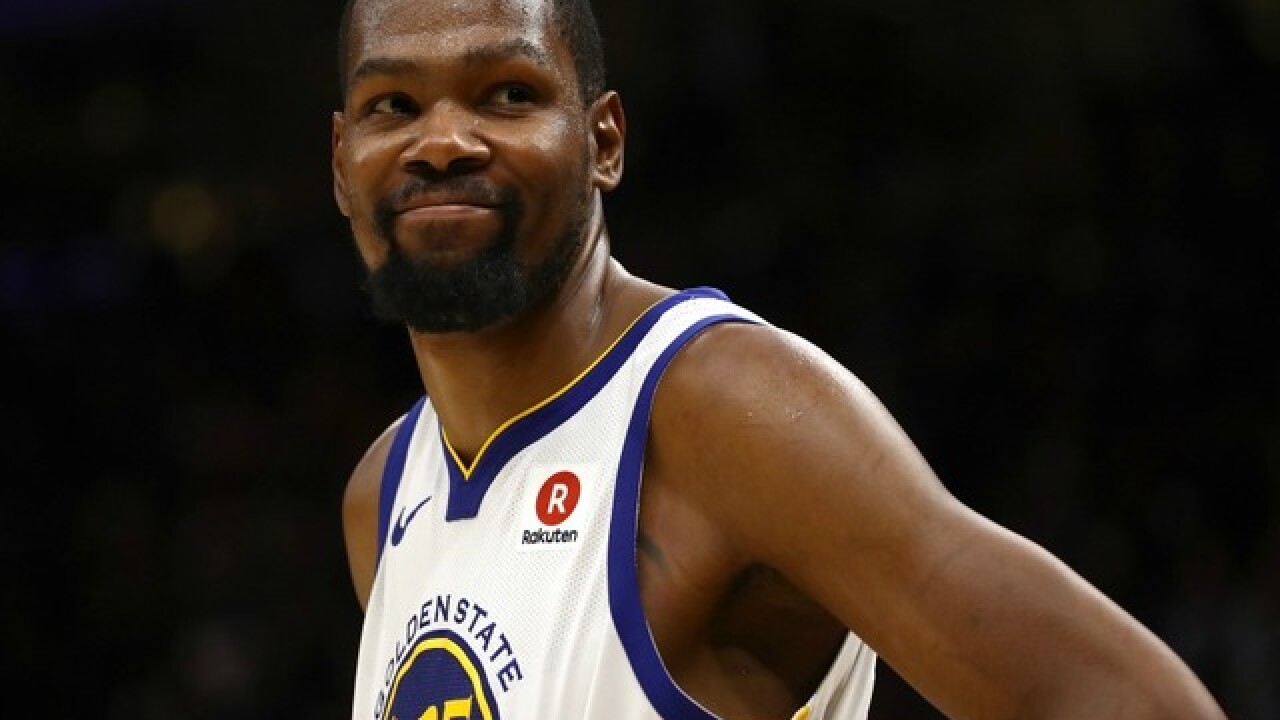 Copyright 2018 Scripps Media, Inc. All rights reserved. This material may not be published, broadcast, rewritten, or redistributed.
Gregory Shamus
<p>Kevin Durant #35 of the Golden State Warriors reacts against the Cleveland Cavaliers in the second half during Game Three of the 2018 NBA Finals at Quicken Loans Arena on June 6, 2018 in Cleveland, Ohio. (Getty Images)</p>

Kevin Durant scored 43 points, draining a long 3-pointer for emphasis in the final minute, and the Golden State Warriors beat the Cleveland Cavaliers 110-102 in Game 3 of the NBA Finals on Wednesday night to move within a victory of a sweep and their third title in four years.

Durant stood motionless after dropping his 33-footer, which gave the Warriors a 106-100 lead and effectively ended the fourth straight finals matchup between the rivals.

Golden State will have four chances to wrap up its championship starting with Game 4 on Friday night. The last sweep in the NBA Finals came in 2007, when the Spurs swept LeBron James and the Cavs.

LeBron James scored 33 points and Kevin Love 20 for the Cavs, who have fallen into a hole in which no team has ever emerged. In NBA playoff history, teams down 3-0 are 0-131.

James recorded his 10th triple-double in the NBA Finals, and he had this incredible dunk in the first quarter.

The Warriors won despite a 3-of-16 shooting performance from Stephen Curry.