Josh Rosen makes debut late in game, but Cards come up short in loss to Bears 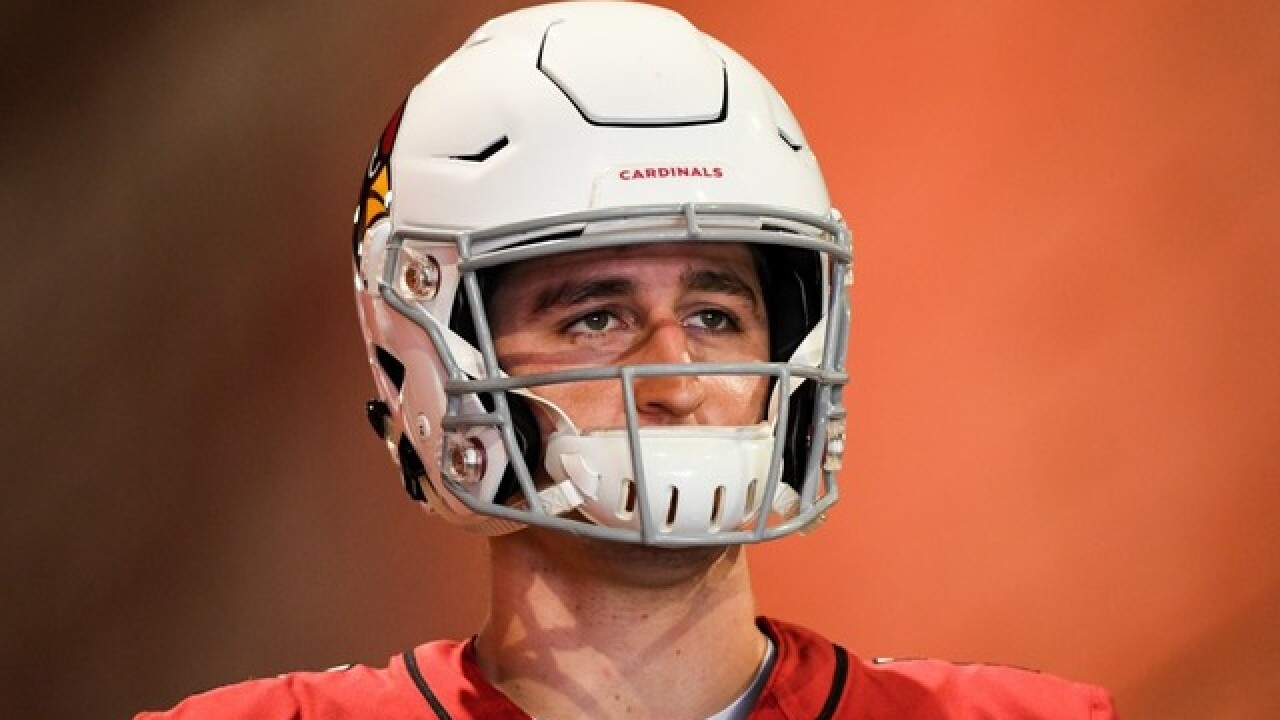 Copyright 2018 Scripps Media, Inc. All rights reserved. This material may not be published, broadcast, rewritten, or redistributed.
Harry How
<p>(Getty Images)</p>

For a couple minutes, Josh Rosen brought some desperately needed life into the Arizona Cardinals' offense.

But the rookie quarterback couldn't get the Cards over the hump Sunday, as the Bears rallied for a 16-14 victory in front of thousands of friendly Chicago fans at State Farm Stadium. The loss dropped the Cards to 0-3 on the season.

Starting quarterback Sam Bradford was benched in the fourth quarter following three straight turnovers -- two interceptions and a fumble. After the Bears took their first lead of the game on a field goal with less than 5 minutes to play, Rosen entered the game for the first time as a pro, and the Cards fans in attendance erupted.

Josh Rosen gets some instructions from Byron Leftwich. Looks like his time is now. pic.twitter.com/XLhMhm8cjf

Rosen simply needed to get the Cards into field-goal range in order to give his team the lead back -- and he appeared to be on his way to doing so when he completed three of his first five passes: 9 yards to tight end Jermaine Gresham, 10 yards to wide receiver and 2018 second-round pick Christian Kirk, and 8 yards to wide receiver Chad Williams to move Arizona to the Bears' 42-yard line.

First @NFL pass for @Josh3Rosen is a completion and a first down! pic.twitter.com/1Ap49l2968

But on third and 2, Rosen handed the ball to fellow rookie Chase Edmonds, who was stuffed for a loss of 3 yards. Curiously, star running back David Johnson was not on the field for that play. On fourth and 5, Rosen faced pressure from the Bears defense and threw an interception on a pass intended for Kirk.

The Cardinals had one more chance when they got the ball back with 43 seconds to play, but Rosen was sacked near midfield on the game's final play.

For the game, Rosen completed 4 of 7 passes for 36 yards and the interception. He also ran for 12 yards on the second-to-last play of the game.

The Cardinals jumped out to a 14-0 first-quarter lead thanks to a pair of touchdown passes from Bradford, one of which came off a Bears fumble. But the Cards couldn't sustain that momentum and failed to move the ball after the first quarter. Bradford's three turnovers, along with some costly defensive penalties and a strong Bears running game, proved too much for the Cards to overcome.

Next up for Arizona: a home matchup with the Seattle Seahawks next Sunday. Will Rosen get his first NFL start in that game? We await to hear on that decision from head coach Steve Wilks.

"Under the circumstances right there… I thought he did well," Wilks said about Rosen after the game, adding the team will "evaluate Josh as well as Sam and watch the tape" before making a decision on next week.