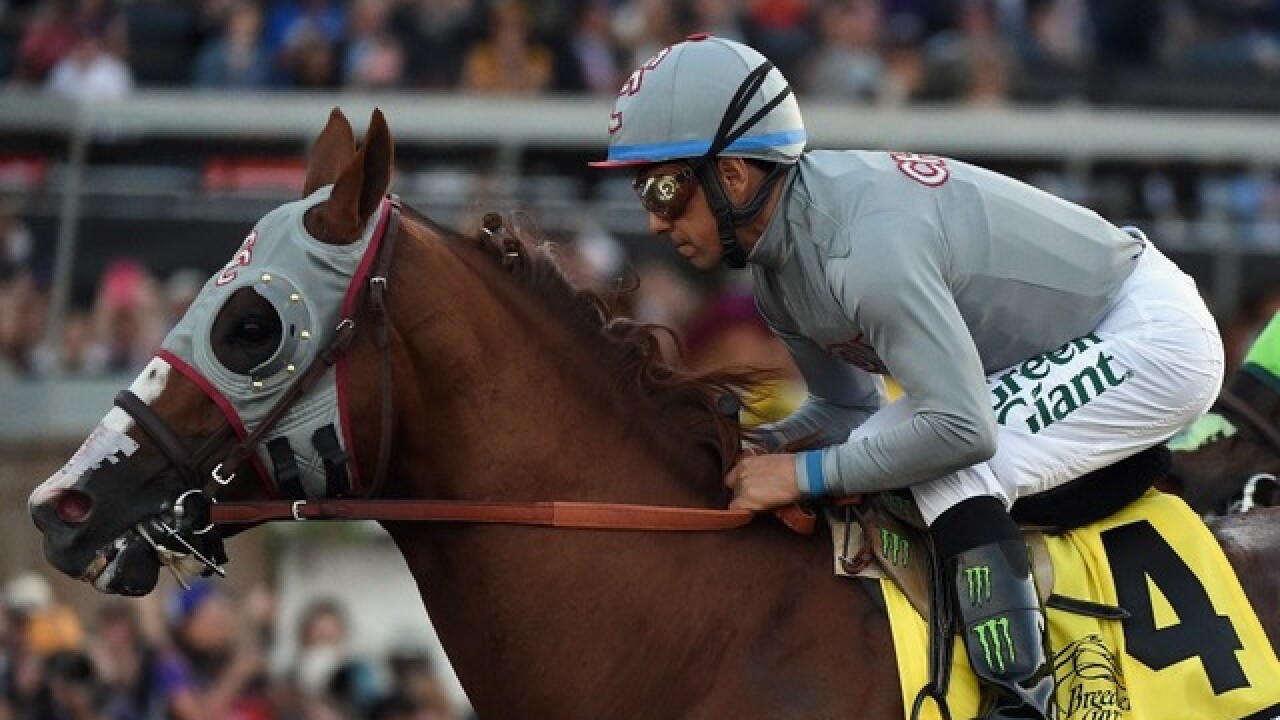 Copyright 2018 Scripps Media, Inc. All rights reserved. This material may not be published, broadcast, rewritten, or redistributed.
Harry How
<p>California Chrome ridden by jockey Victor Espinoza races during the Breeders' Cup Classic race on day two of the 2016 Breeders' Cup World Championships at Santa Anita Park on November 5, 2016 in Arcadia, California. (Getty Images)</p>

Jockey Victor Espinoza was injured when the horse he was riding at Del Mar racetrack collapsed during training and died.

Racetrack officials say Bobby Abu Dhabi suffered an apparent fatal heart attack during a workout Sunday morning. Espinoza was thrown off the horse, then lay motionless for several minutes before being fitted with a neck brace and taken by ambulance to a hospital.

Agent Brian Beach says the 46-year-old Hall of Fame jockey suffered a fractured vertebra in his neck and a “stinger” to the left shoulder and arm. He says Espinoza will remain in the hospital overnight, but doctors expect a full recovery.

Beach says Espinoza, who guided American Pharoah to the triple crown in 2015, suffered no paralysis or other broken bones. He says “it looks like we dodged a bullet.”

Four-year-old Bobby Abu Dhabi was training for the Bing Crosby Stakes next Saturday.

Our thoughts are with Jockey Victor Espinoza who was injured this morning during a breeze workout @DelMarRacing. He is conscious and moving extremities but has been transported to a local hospital. We will keep you posted with details as they arrive. pic.twitter.com/KzhTh7pPOI