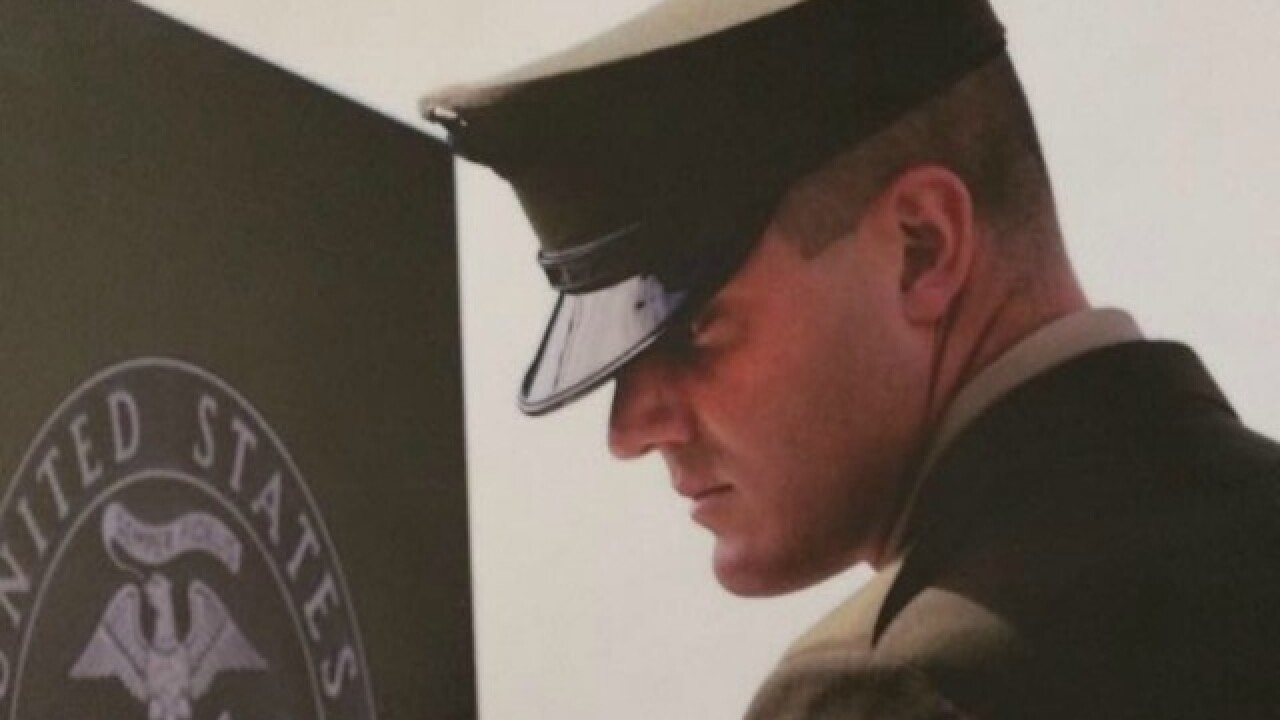 The name of former Arizona State Sun Devils and Arizona Cardinals star Pat Tillman, who left the Cardinals to join the U.S. Army in 2001 and was killed while serving in Afghanistan in 2004, has been invoked by many who are critical of the ongoing NFL national anthem protests. This includes President Trump, who has called for players who sit or kneel during the anthem to be "fired."

On Monday, Trump retweeted the following:

Jeremy Staat was Tillman's friend and teammate at ASU. Like Tillman, Staat went on to play in the NFL but wanted to leave pro football in order to enlist in the armed forces after the Sept. 11 terror attacks.

Tillman convinced Staat to remain in the NFL until he was eligible for retirement benefits. However, after Tillman died in Afghanistan in 2004, Staat followed in his friend's footsteps by enlisting in the U.S. Marine Corps in 2006, and he did a seven-month tour in Iraq in 2007.

On Sunday, Staat offered his thoughts about the ongoing national anthem protests via his Facebook page:

"As a Veteran of the United States Marine Corps, the National Football League (NFL), and a countryman I am truly saddened that the one thing that should be uniting us is the one thing that is cause for division," Staat wrote. "As a player it was my job to play a game to entertain the masses, nothing more, nothing less. I can still remember my coaches saying, 'Players play, and coaches coach.'

"As a Marine, it was my duty to serve and protect our way of life, but as a countryman I see the turmoil on both sides. As an angry man trying to use discernment, I know that the use of fire on fire is not going to get the American people the resolve that we need. I have shed blood, sweat, and tears with Americans of all races, creed, and religion. The main thing that I see wrong with today’s America is the inability of people to take responsibility for their own actions and respect others and their freedoms.

"I do not watch the NFL, and have not for many years. I personally feel that I can do more productive things with my time then sit on my arse and watch a game for its pure entertainment value. Let’s be honest, that is all professional sports is…. entertainment. With everything that is going on in the world today, it is excruciating to see that this is a topic that has captured the attention of many Americans. I am only taking the time to address this situation on the basis that I have had multiple inquiries as to how I feel about it, so in an attempt to express my opinions upon this matter; I will spend a little time in doing so.

"In a country where people want to be free I have to ask this question, how many people who watch sporting events in their homes, or at a sports bar, or wherever actually get off their asses and stand during the national anthem? That is the same thing as kneeling in my opinion, and makes you no different (than) the guys kneeling on the sidelines. In this country you have the right to express yourself in a peaceful demonstration, is kneeling during the anthem not a peaceful demonstration?

"In a free country are we going to force our citizens to stand during the national anthem as if we didn’t live in a democracy? If you do not want to see these athletes kneel, then do not watch the program until after the anthem. Do not support them by buying their jerseys, going to their sporting events, camps, etc. That is your right to a peaceful protest.

"As a Veteran I fought for a free people to have the right to make decisions on their own, I just wish they wouldn’t do it in a manner that would disrespect the one thing that is giving them the right to do so, but that is what makes this country so different from the rest of the world.

"Another question is that if professional athletes can get fired for not being 'patriotic' then what would be the difference in non-athletes getting fired from their jobs for not being 'patriotic?' Trust me I get it, I would love nothing greater than to drive through every town in America and see the American Flag (properly) posted and the flag protocols followed, on every home and business; or to see every Facebook profile portray the American flag, but you can’t claim to want freedom and then regulate the people on how to be patriotic.

"As a Veteran I will stand for those that can’t and who won’t."

On Monday, Staat followed up with this Facebook post: "Protest the protest peacefully, just change the channel. Boom, problem solved."