Interesting details on quarterback Sam Bradford's contract with the Cardinals 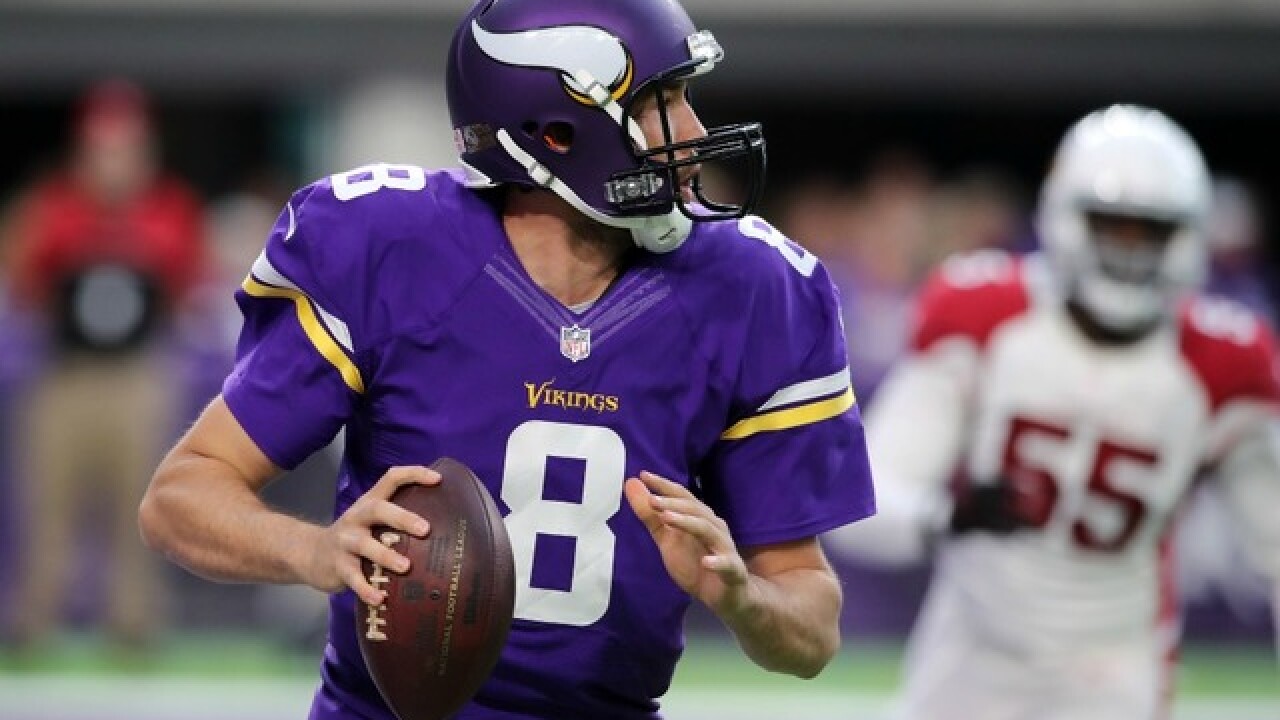 Copyright 2018 Scripps Media, Inc. All rights reserved. This material may not be published, broadcast, rewritten, or redistributed.
Adam Bettcher
<p>Sam Bradford #8 of the Minnesota Vikings drops back to pass the ball while being pursued by Chandler Jones #55 of the Arizona Cardinals in the fourth quarter of the game on November 20, 2016 at US Bank Stadium in Minneapolis, Minnesota. (Getty Images)</p>

With this in mind, it's easy to understand why the Cardinals structured Bradford's contract the way they did.

The Cardinals officially announced the signing of Bradford to a two-year contract on Friday. On Monday, NFL insiders Albert Breer and Aaron Wilson provided some fascinating insight into how the Cards structured the deal.

SEE ALSO: 6 players the Cardinals might take in the first round of the 2018 NFL Draft

Bradford's contract with the team includes $15 million in guaranteed money (a $5 million base salary plus a $10 million signing bonus) in 2018. It also includes incentives that are heavy on health, as Bradford will receive an additional $312,500 for every game in which he is active during the 2018 regular season. This means Bradford will make an additional $5 million if he is active for all 16 of the Cardinals' regular-season games.

Bradford's contract also includes an option for 2019. If the Cardinals decide to retain Bradford next season, he will make another $17.5 million in guaranteed money (a $7.5 million base salary plus another $10 million signing bonus). Bradford would receive $156,625 for each game he is active in 2019, for a possible total of $2.5 million.

In addition, Bradford will receive a $1 million bonus if the Cardinals win the Super Bowl this season or in 2019 if he remains with the team. Bradford's contract also includes a no-trade clause.

Bottom line: Bradford will receive a minimum of $15 million as a member of the Arizona Cardinals, and that number could go as high as $40 million when all is said and done.