'I just kind of lied to her': Recently engaged D-backs pitcher provides details of marriage proposal 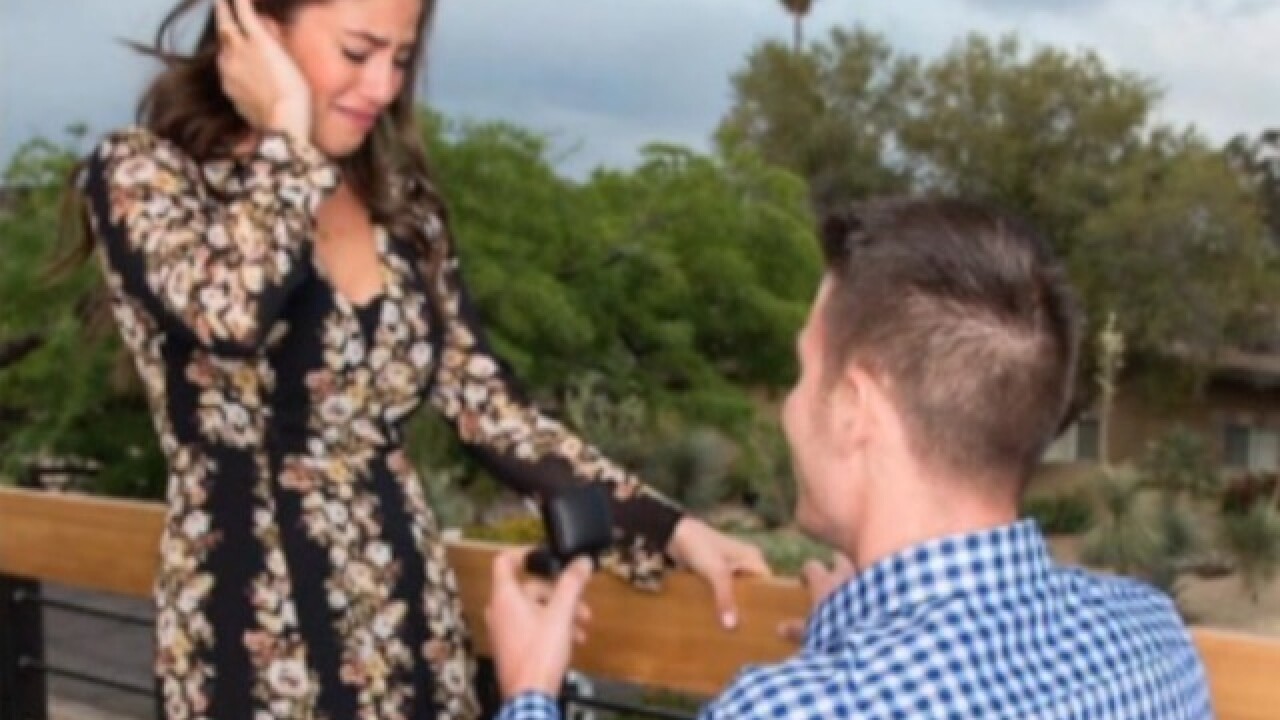 Copyright 2017 Scripps Media, Inc. All rights reserved. This material may not be published, broadcast, rewritten, or redistributed.
<p>(Photo via @jancone/Instagram)</p>

Most married men have been in the same position Patrick Corbin found himself in last week.

The Arizona Diamondbacks pitcher had a special marriage proposal planned for his longtime girlfriend, Jen. The trick: driving to their new house they recently bought together, AND having a photographer present, without her suspecting a thing.

So, naturally, Corbin did what most men in his situation have done.

"Yeah, I just kind of lied to her about it," Corbin told ABC15's Jason Snavely a couple days after he popped the question.

"I just kind of lied to her about it."

Corbin told Jen that they were headed to a team photo shoot -- a viable fib, as it was something she had been present for in the past.

"It's hard to capture that moment that have her be that surprised if there was just a photographer there," Corbin explained.

But there was a still a chance Corbin's cover could be blown, as Jen was using his phone during the ride over. The southpaw was worried Jen would discover a message that would give the surprise away.

"I was nervous on the way there because she was Facetiming her friends on my phone. I didn't want someone to send me a text and (have it) pop up," he said.

"But it was cool. Everybody kept it a secret. A lot of people knew about it. Everything worked out the way I planned."

So, Corbin popped the question -- and by the look of the above photo, Jen was genuinely surprised.

"It was cool that everything worked out," Corbin said. "Everybody that was involved -- I had (D-backs media relations guys) Casey and Pat here help, and they did a good job, and we had a great dinner, as well.

"It was great, a special day for us ... Just an exciting night and something I'll always remember."