Sean Miller explains why Suns should draft 'monster' Deandre Ayton with No. 1 pick 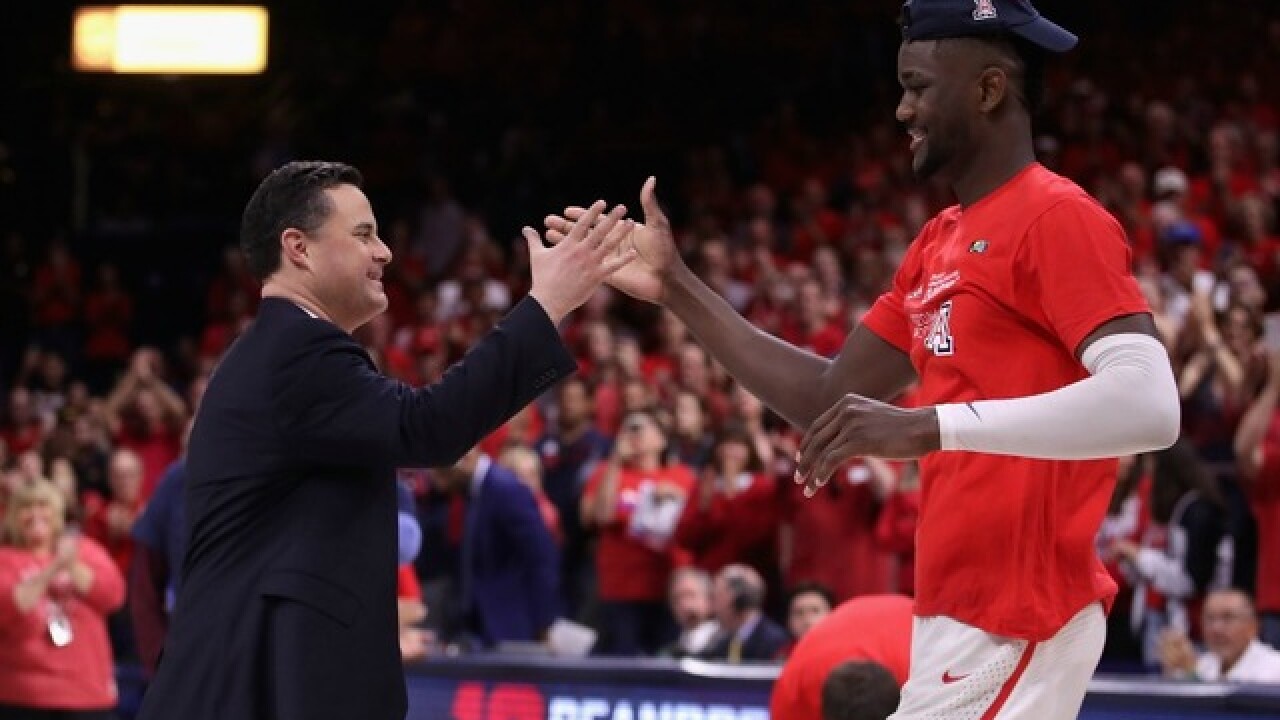 With three weeks to go before the 2018 NBA Draft, fans and experts continue to debate whether the Phoenix Suns should select Arizona Wildcats star Deandre Ayton or European sensation Luka Doncic with their No. 1 overall pick.

But if you ask Ayton's coach, no such debate is necessary: The 7-foot-1, 250-pounder from the Bahamas is clearly the top guy.

"I look at the NBA as trying to figure out who they’re going to pick from No. 2 to 60. I think the No. 1 pick is in," Miller said during a press conference at McKale Center in Tucson on Thursday.

"I would have a hard time believing (anyone else would be taken No. 1), and I don’t mean that in any disrespect at all. There are some players in this year’s draft that are tremendous. The NBA knows their game a lot better than a college coach. We’ve certainly recruited a number of the top players. But there’s nobody like Deandre. Nobody."

Miller said Ayton's combination of size, intelligence, natural athleticism and competitive nature set him apart from the rest of the 2018 draft field -- and he said Ayton is even more suited for the NBA than he was for collegiate competition.

"They’re going to play with a court that’s more spread out, with no zone (defense)," Miller said.

"He’s going to be a monster. I know he’s working hard. There’s nobody that’s going to enter college basketball like him anytime soon."

One of the few criticisms of Ayton is his ability, or supposed lack thereof, on the defensive side of the ball. Miller scoffed as such criticism Thursday.

"I think anybody that criticizes his defense doesn’t know the game," Miller said. "I say that again with all due respect. There’s a lot of people who talk in the newspaper who are experts via the NBA who don’t know what they’re doing.

"Deandre played the (power forward position) for us this year. He played zero zone defense. That’s something you can criticize me as a coach for not doing more of, but for the development of the actual player, there will be no surprises when he enters the NBA, because how he practiced 105 times and how he played in all 35 games for us, he played man-to-man and he guarded a face-up player.

"Deandre Ayton. That's not even a question," Ristic said when asked who the Suns should select at No. 1. "The unique combination of Deandre's skills, strength, quickness and everything else, you can't pass on that. I'm pretty confident that Deandre will be the No. 1 pick in this upcoming draft."