BLOG: Here's why the Diamondbacks should NOT trade for Manny Machado 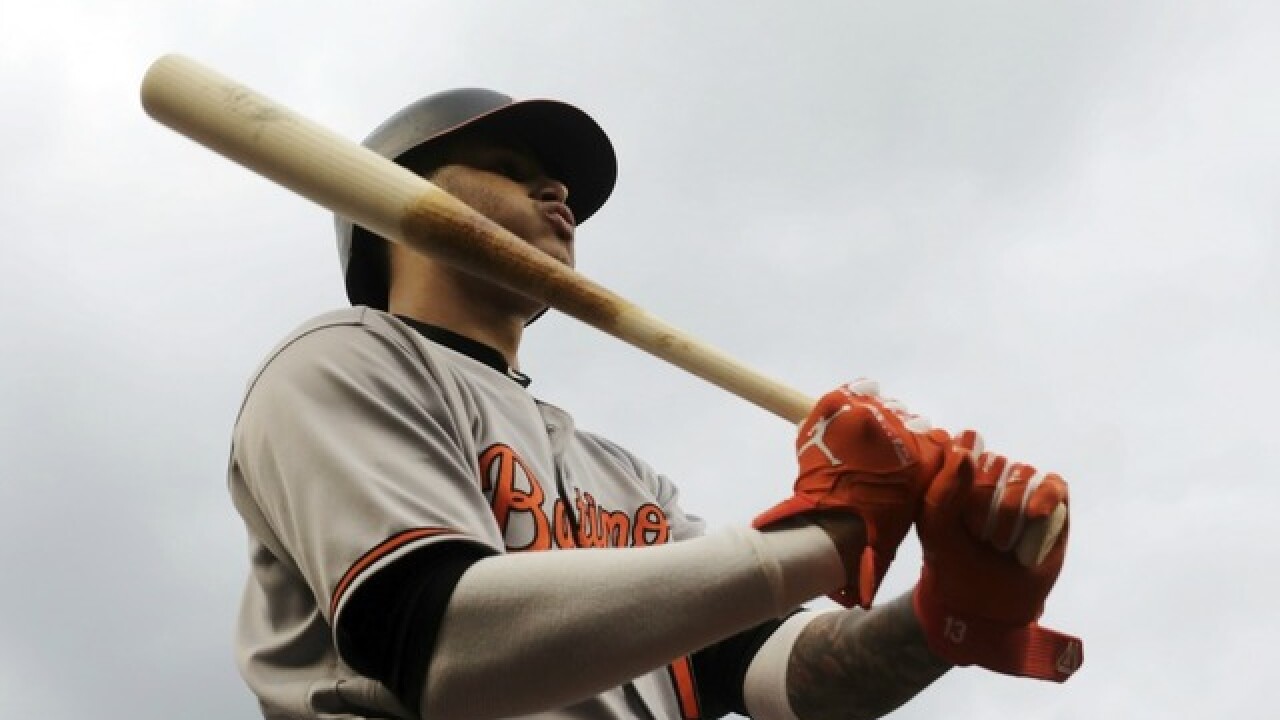 Multiple reports in the last several weeks say the Arizona Diamondbacks are interested in, and could even be the frontrunners for, acquiring Orioles slugger Manny Machado before MLB's July 31 trade deadline.

While the idea of bringing a tremendous hitter like Machado aboard is exciting -- and while he could certainly boost the D-backs' hopes of winning a very tight National League West division -- it's a temptation the team would be wise to avoid.

Let's start with the obvious: The Diamondbacks' farm system is already depleted. They have just one top-100 MLB prospect and none in the top 50. A trade for Machado would undoubtedly require the D-backs to part with some of the few valuable pieces they have left -- and like last year's midseason trade acquisition, J.D. Martinez, there's no guarantee Machado will play in Arizona beyond this season.

I keep hearing that teams aren't close to offering what the #Orioles want for Manny Machado. He's an amazing player, but he's still a rental, and Baltimore's expectations just don't jibe with the way the market values rental players these days. Something has to give.

However, the idea of mortgaging your team's future in order to win now can still be attractive. After all, most D-backs fans would be fine with winning a World Series this year, even if it meant the next several years would be rough.

But the reality is the D-backs aren't just one piece away from contending for a world championship. Yes, the mediocre National League may be ripe for the picking -- but the four best teams in baseball (by far) all reside in the American League, and frankly, the D-backs just aren't that close to being as good as any of them, with or without Machado.

What's more, the Diamondbacks simply don't have an ace on their pitching staff. Zack Greinke is still a quality No. 1 starter, and Patrick Corbin has had a career resurgence this year. But my definition of an ace is a pitcher who, even on his worst day, will still give you a chance to win. Greinke, Corbin, and even Robbie Ray at their best just aren't on the same level as guys like Justin Verlander, Madison Bumgarner, Max Scherzer and a handful of others.

Great hitting can get you to the playoffs, but terrific pitching wins championships (See: Johnson, Randy and Schilling, Curt), which is why a deal for Machado isn't likely to alter the D-backs' fortunes.

Yes, Martinez was outstanding for the Diamondbacks last year. But take a step back: Would the D-backs' season have been significantly different without him? They were a Wild Card contender before and after Martinez, and they were certainly capable of being swept by the Dodgers in the NLDS without him, as well. (It's worth noting that the Dodgers won that series because of far superior pitching.)

It's been 17 years since the Diamondbacks gave Arizona its one and only "Big 4" world title, and Arizona fans are starved for another. If Machado were a man who could make that happen, I'd be on board. But history, statistics and common sense says he's not -- and it's for that reason that the D-backs should stand pat at the trade deadline.