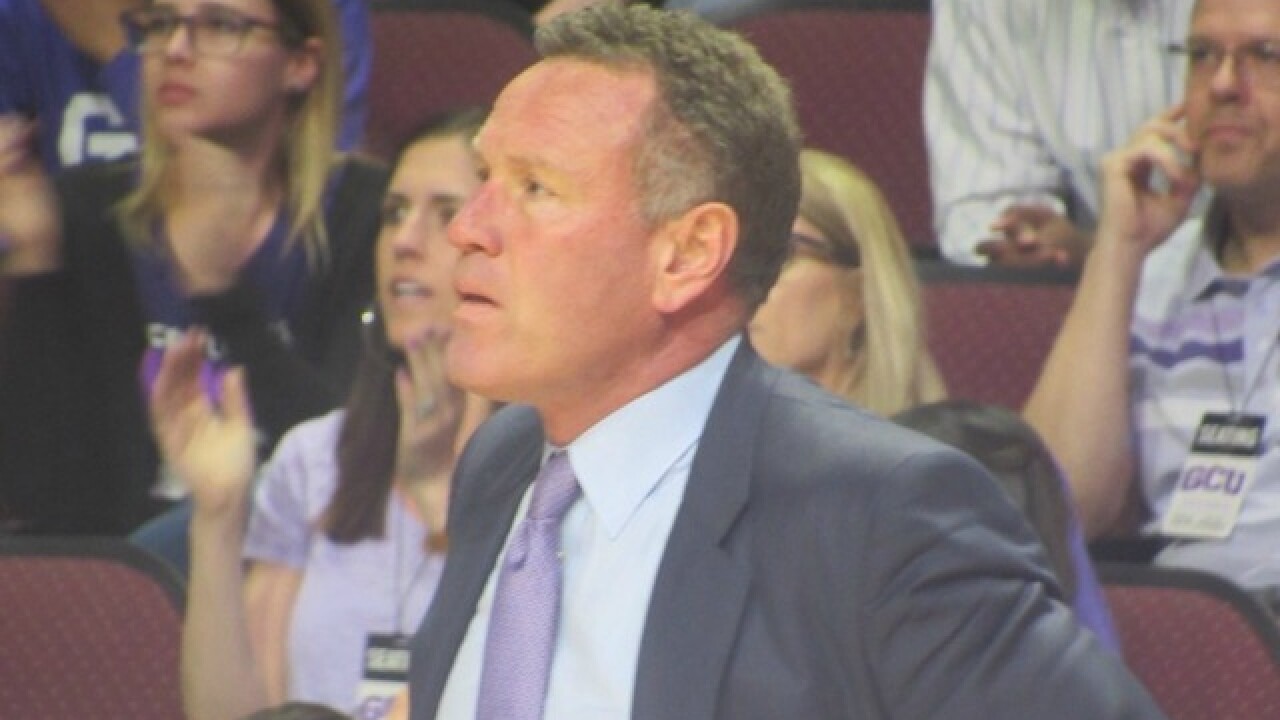 For the second straight season, the Grand Canyon men's basketball team will play a crucial non-conference game at the home of the Phoenix Suns.

The Naismith Memorial Basketball Hall of Fame announced Monday that GCU will be one of four teams to compete in the first-ever Jerry Colangelo Classic at Talking Stick Resort Arena on Dec. 9. GCU will face Nevada and Tennessee will play Gonzaga in the doubleheader.

Tickets for the event will go on sale to the general public Tuesday, May 29 at 10 a.m. Arizona time on Ticketmaster.com and at the Talking Stick Resort Arena box office.

Nevada is projected by multiple outlets to be a top-25 team heading into next season. GCU coach and former Suns star Dan Majerle is looking forward to the challenge.

“Playing an opponent like Nevada will only make us better, so we’re excited to be a part of the Jerry Colangelo Classic," Majerle said in a statement. "Mr. Colangelo has been a big part of my life. He is a huge part of this university.

"To be able to play in an event named after him is a great honor for GCU. It will be a great experience for our kids to play where the Suns play, and it’s always great to go back to a building where I have so many special memories."

This will be GCU's second game in downtown Phoenix in as many seasons, as the Lopes competed in the BBVA Compass Valley of the Sun Shootout last December. GCU fell short to St. John's in the second game of the doubleheader, which also featured the Arizona Wildcats and Texas A&M.