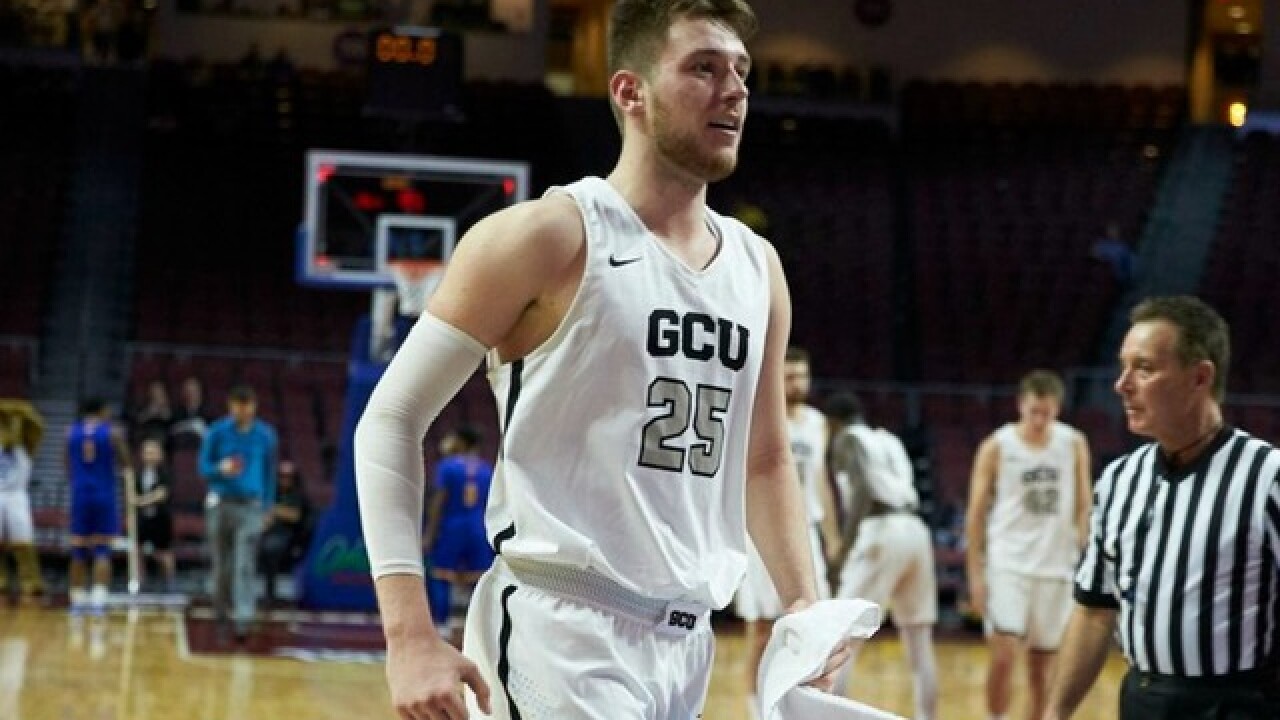 Copyright 2018 Scripps Media, Inc. All rights reserved. This material may not be published, broadcast, rewritten, or redistributed.
<p>(Photo courtesy of Grand Canyon University)</p>

Grand Canyon (21-10) will face No. 2 seed Utah Valley in a Friday semifinal. That game will begin at 7 p.m. Arizona time and will be broadcast on ESPN3.

Alessandro Lever scores 29 points and gets love from the @GCUHavocs on his way off the court. #LopesRising pic.twitter.com/Nm4SHuC6ny

The Lopes, who are eligible for the postseason for the first time, are now two wins away from their first NCAA Tournament appearance. A win Friday followed by a victory in the WAC Tournament championship game Saturday night would give GCU an automatic bid into The Big Dance.

The Lopes trailed by as many as 16 in the first half of the school's first tournament appearance since joining Division I in 2013, but rallied and cut the gap to 42-40 by halftime. Keonta Vernon scored consecutive baskets to tie at 44-44 and the battle was on, with neither team able to get more than five points ahead.

Brandon McKissic made two free throws with three minutes left for a 72-69 lead, but UMKC couldn't hold it. Lever rebounded his own miss and put it back to give Grand Canyon a 75-72 lead with 1:05 remaining, capping a 6-0 run.

McKissic cut that to 75-74 at 29 seconds but Broderick Robinson missed a 3-pointer with six seconds remaining and Grand Canyon controlled the rebound.