Former Suns stars Nash, Hill and Kidd to be inducted to basketball Hall of Fame Friday 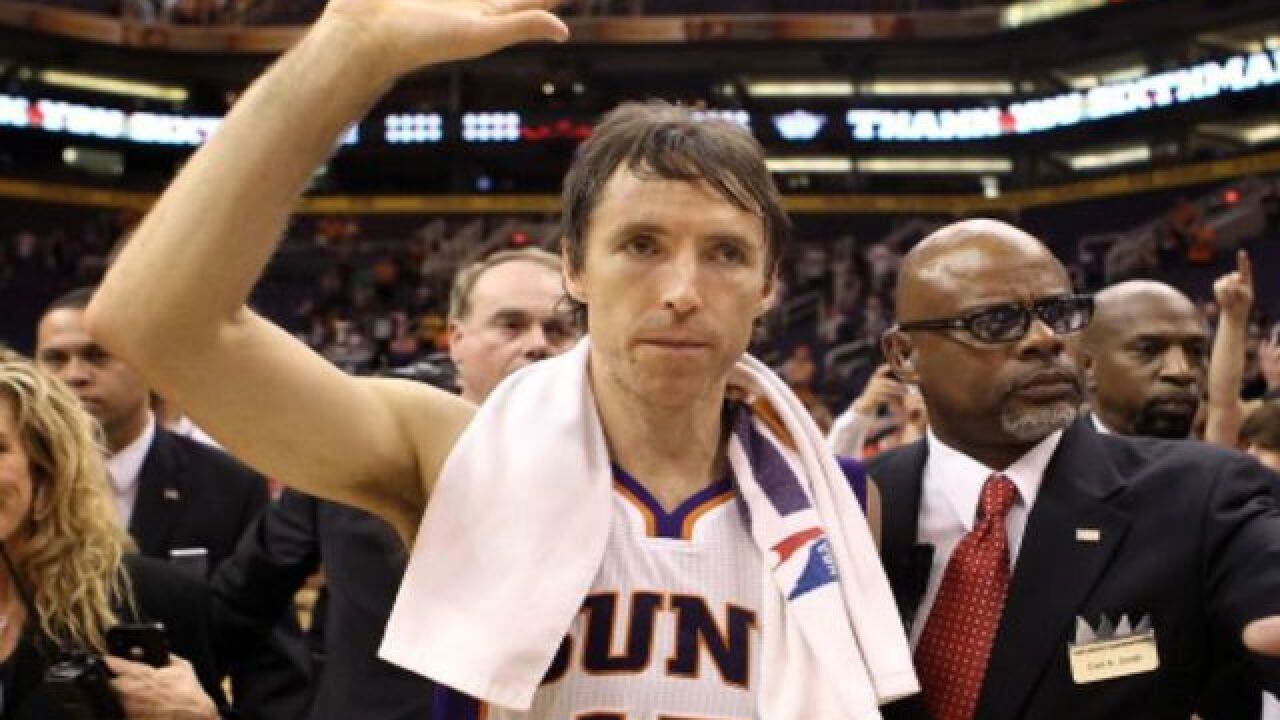 Three former Phoenix Suns stars will be named to the Basketball Hall of Fame on Friday.

Steve Nash, Jason Kidd and Grant Hill will all be enshrined in a ceremony hosted in Springfield, Massachusetts.

The Naismith Memorial Basketball Hall of Fame highlighted some of the top stats and accolades that led the three to successful careers.

Grant Hill
Seven-time NBA All-Star, 19-year NBA veteran, and in 2005, Hill was named one of the 50 Top College Players of All Time by ESPN. Hill is also a three-time recipient of the NBA’s Sportsmanship Award.

Jason Kidd
Kidd ranks second in NBA steals and assists, has won two Olympic gold medals, 10-time NBA All Star, and in 2007 he was given the USA Basketball Male Athlete of the Year award.

Nash also led the Suns to the NBA Western Conference Finals during three different seasons and has been inducted into the Suns Ring of Honor.

Another big name 3-point shooter from the same time frame is being inducted alongside Nash.

On the eve of his induction into the basketball Hall of Fame, Ray Allen says that watching the conference finals last year convinced him that teams are over-relying on the long-range shot. The Houston Rockets missed 27 straight 3s in Game 7 against Golden State last year, and the Boston Celtics went 7 for 39 from beyond the arc against Cleveland in the East finale.

Even though Allen reached the Springfield, Massachusetts, shrine thanks in part to his 3-point shooting, he also had a mid-range shot. And Grant Hill says Allen wasn't afraid to drive past the defender to the basket.