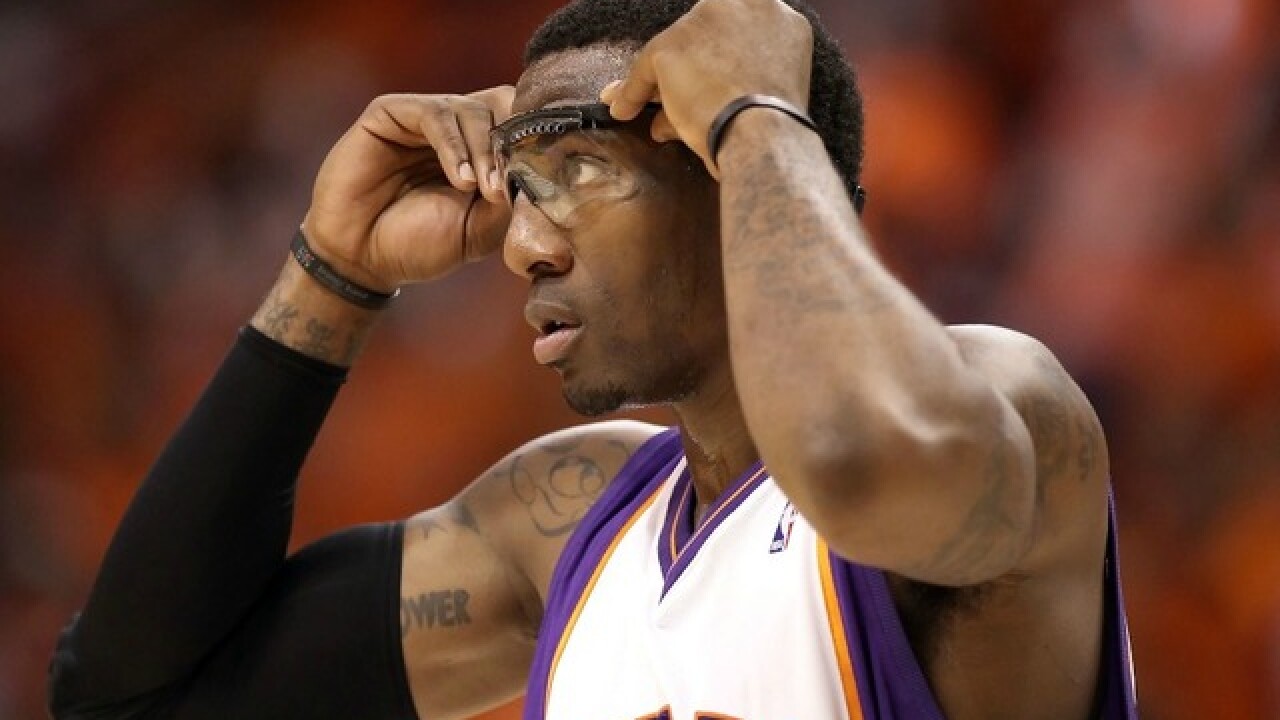 Copyright 2018 Scripps Media, Inc. All rights reserved. This material may not be published, broadcast, rewritten, or redistributed.
<p>Amar'e Stoudemire #1 of the Phoenix Suns in action during Game Six of the Western Conference finals of the 2010 NBA Playoffs against the Los Angeles Lakers at US Airways Center on May 29, 2010 in Phoenix, Arizona. (Getty Images)</p>

One year after leading the Israel team he co-owns to a championship, and eight years after he last played in a Phoenix Suns uniform, Amar'e Stoudemire is eyeing a return to the NBA.

After telling CBS Sports in May that he's "definitely planning" on an NBA return, the 35-year-old Stoudemire reiterated his desire to make a return in a video interview with TMZ Sports posted on Tuesday. (For what it's worth, Stoudemire was wearing a Suns shirt during the interview.)

In an effort to get back in top shape, Stoudemire is playing for Tri-State in the BIG3 basketball league this season. He has averaged eight points and 4.3 rebounds in his four appearances.

"My goal is to come back to the NBA, for sure," he told TMZ. "That's what I'm training for and that's what I'm striving for, and the BIG3 is a great platform to stay in shape."

As to which NBA team he'd like to play for?

"At this point, it doesn't matter to me, man. I love the game of basketball so much to where I just want to continue to play at a high level," he said.

Stoudemire said he's spoken to a few teams about a possible return, but has yet to have any substantive conversations about signing a contract.

"I'm just being patient right now and trying to stay in shape, so when that time comes, I'll be ready to go," he said. "I think that when the season comes around, hopefully I'll be signed with an NBA team, and I'll be gearing up to have a good season."

Stoudemire was selected by the Suns with the ninth overall pick in the 2002 NBA Draft. He went on to be named 2003 NBA Rookie of the Year and guide the Suns to multiple trips to the Western Conference Finals, most recently in 2010. The six-time NBA All-Star averaged 21.3 points and 8.9 rebounds per game in his eight seasons in Phoenix.

Stoudemire signed with the New York Knicks as a free agent before the 2010-11 season. He played with the Knicks for nearly five seasons and had brief stints with the Dallas Mavericks and Miami Heat. He took his talents to Israel in 2016 and led Hapoel Jerusalem B.C. -- a team he co-owns -- to the 2017 Israeli Basketball Premier League championship.