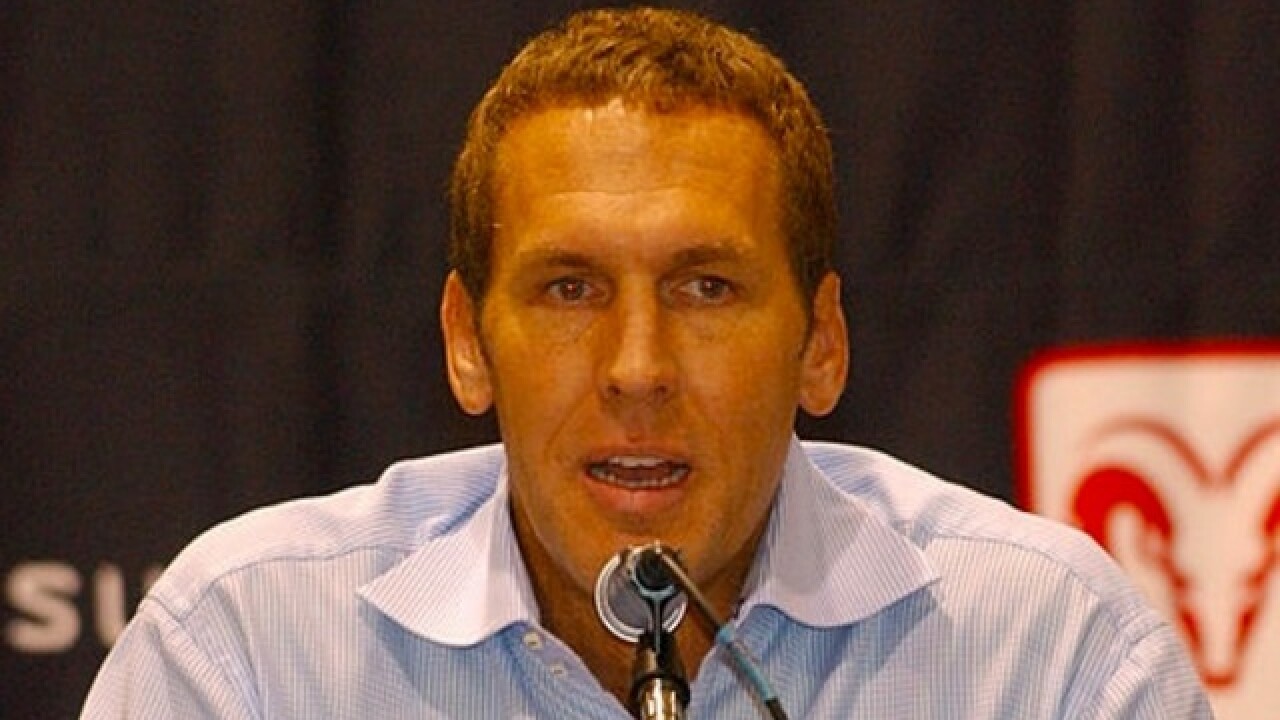 Former Phoenix Suns general manager Bryan Colangelo may not have authored any of the tweets himself, but he seemed to provide private information that went into them.

And when his wife used those details to criticize his own players or rival colleagues, Colangelo and the Philadelphia 76ers knew he could no longer remain their top basketball executive.

Colangelo resigned Thursday as president of basketball operations for the 76ers in the wake of what an investigation found was “careless and in some instances reckless” sharing of sensitive team information.

The independent review by a law firm did not determine that Colangelo operated or was even aware of Twitter accounts that anonymously trashed some of his own players and fellow executives, and defended him against criticism from fans and the sports media.

Colangelo, the son of former Phoenix Suns and Arizona Diamondbacks owner Jerry Colangelo, served as the Suns' general manager from 1995-2006 and was the 2005 NBA Executive of the Year. He resigned as Suns GM and became president and GM of the Toronto Raptors in 2006, two years after his father sold the Suns to current owner Robert Sarver. Colangelo went on to win the NBA Executive of the Year award with the Raptors in 2007.

Colangelo was relieved of his role as Raptors GM in 2013 and soon resigned from his role as team president, as well. In 2016, he was hired as the 76ers' president of basketball operations.

Paul, Weiss, Rifkind, Wharton & Garrison LLP said evidence supported the conclusion that Colangelo’s wife, Barbara Bottini, operated the four accounts it investigated, and she admitted to doing so — though also said she deleted contents of her iPhone with a factory reset of the device prior to surrendering it for forensic review, limiting the investigation.

“Our investigation revealed substantial evidence that Mr. Colangelo was the source of sensitive, non-public, club-related information contained in certain posts to the Twitter accounts,” the report said. “We believe that Mr. Colangelo was careless and in some instances reckless in failing to properly safeguard sensitive, non-public, club-related information in communications with individuals outside the 76ers organization.”

As for Colangelo, there was no evidence he knew of the accounts before a May 22 inquiry from the sports website The Ringer for a story it reported linking him to five Twitter accounts that took aim at Philadelphia players Joel Embiid and Markelle Fultz, former Sixers general manager Sam Hinkie, Toronto Raptors executive Masai Ujiri and former Sixers players Jahlil Okafor and Nerlens Noel.

Colangelo released a statement disputing that his conduct was reckless.

“At no point did I ever purposefully or directly share any sensitive, non-public, club-related information with her,” he said.

“Her actions were a seriously misguided effort to publicly defend and support me, and while I recognize how inappropriate these actions were, she acted independently and without my knowledge or consent. Further, the content she shared was filled with inaccuracies and conjecture which in no way represent my own views or opinions.”

Evidence found that Bottini established and operated four of the accounts — Eric jr, Still Balling, Enoughunkownsources, and HonestAbe — but it seemed some of the information being posted, such as details of trade discussions or medical reports, was coming from Colangelo himself.

As such, the team said it had “become clear Bryan’s relationship with our team and his ability to lead the 76ers moving forward has been compromised” and that it had accepted his resignation.

It’s a stunning fall for Colangelo, a former two-time Executive of the Year who was expected to lead the improving 76ers into an important summer when they are hoping to pursue LeBron James or another All-Star player to add to a young core that includes Embiid and Ben Simmons.

Instead that role will be led for now by coach Brett Brown. The 76ers said he would oversee basketball operations on an interim basis and that the search for a new general manager would begin immediately.

"You never want to see someone's job end through an unfortunate circumstance like this. I certainly understand from the 76ers' standpoint that that bond has been broken," NBA Commissioner Adam Silver said. "It's not even necessary to assign fault, just the reality of where they all find themselves. I think Bryan recognizes like that as well, that these teams are like families and it can get to a point where it becomes dysfunctional and I think that's where they found themselves right now."

“We find the situation to be disappointing for our entire organization,” 76ers managing partner Josh Harris said. “We are determined to continue the tremendous progress we have made over the last two seasons in our quest to win an NBA championship.”

Colangelo, the son of longtime sports executive Jerry Colangelo, was hired as president of basketball operations in 2016 after Hinkie abruptly resigned. Hinkie was the architect behind what has been called “The Process” — the long-term tearing down and rebuilding of the Sixers.

Colangelo previously served as Raptors general manager, adding the 2007 Executive of the Year award to the one he won two years earlier in Phoenix. But he lost his job there after Toronto missed the playoffs for the fifth consecutive season, and Ujiri took over basketball operations.

“Over the last two years, I have worked hard to help build a foundation for what I hope will soon be many championship seasons for the 76ers,” Colangelo said. “I am grateful to team owners Josh Harris and David Blitzer for the opportunity they gave me to be part of such a great organization. I am saddened to have to leave under these circumstances.”