Former Diamondbacks catcher Welington Castillo suspended for use of PEDs 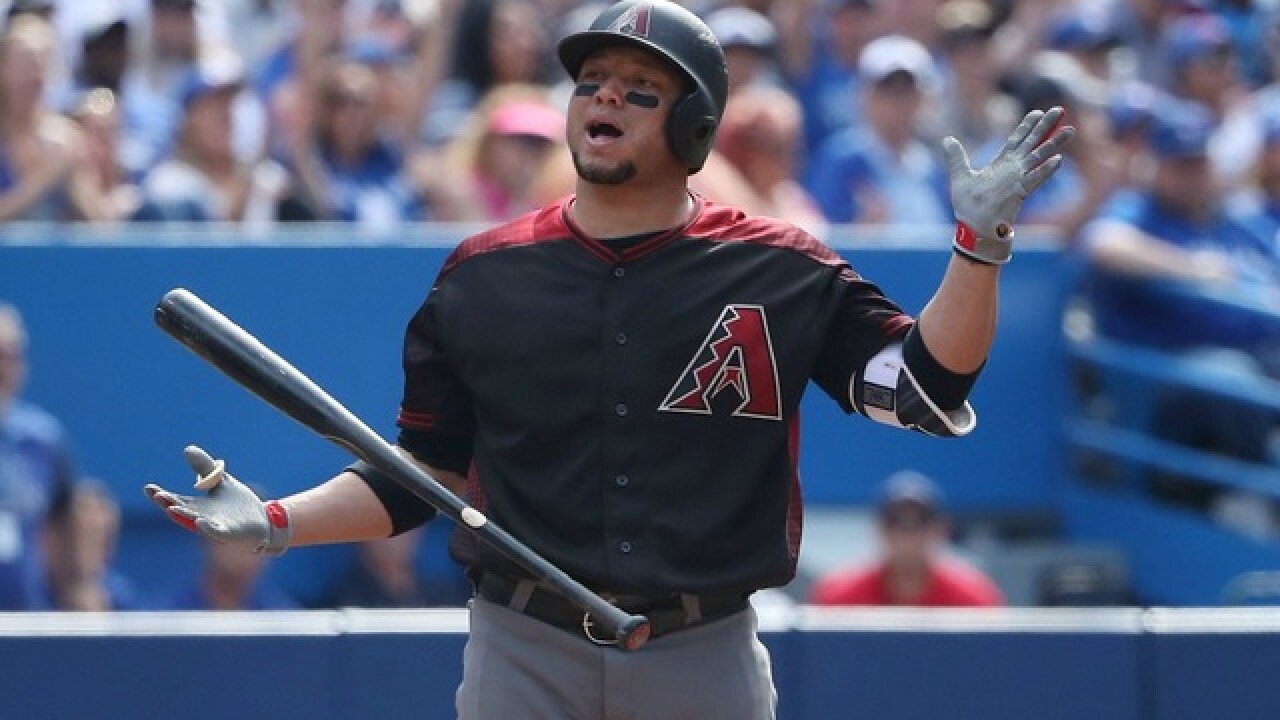 Copyright 2018 Scripps Media, Inc. All rights reserved. This material may not be published, broadcast, rewritten, or redistributed.
Tom Szczerbowski
<p>Welington Castillo #7 of the Arizona Diamondbacks reacts after being called out on strikes to end the third inning during MLB game action against the Toronto Blue Jays on June 22, 2016 at Rogers Centre in Toronto, Ontario, Canada. (Getty Images)</p>

Former Arizona Diamondbacks catcher Welington Castillo has been suspended for 80 games by Major League Baseball following a positive test for a performance-enhancing substance.

The commissioner's office said Thursday that Castillo, who now plays for the Chicago White Sox, tested positive for EPO. Erythropoietin is a hormone that stimulates the red blood cell production and often has turned up in the test results for cyclists.

Castillo is the eighth player suspended this year under the major league drug-testing program. In a statement Thursday, he took responsibility for his suspension.

"The positive test resulted from an extremely poor decision that I, and I alone, made. I take full responsibility for my conduct," he said. "I have let many people down, including my family, my teammates, the White Sox organization and its fans, and from my heart, I apologize."

Castillo is in his ninth major-league season. The Dominican is batting .267 with six homers and 15 RBIs this year on a team that is 15-31.

Barring rainouts, he would be eligible to return Aug, 24 at Detroit. He would lose more than $3.5 million of his $7.25 million salary.