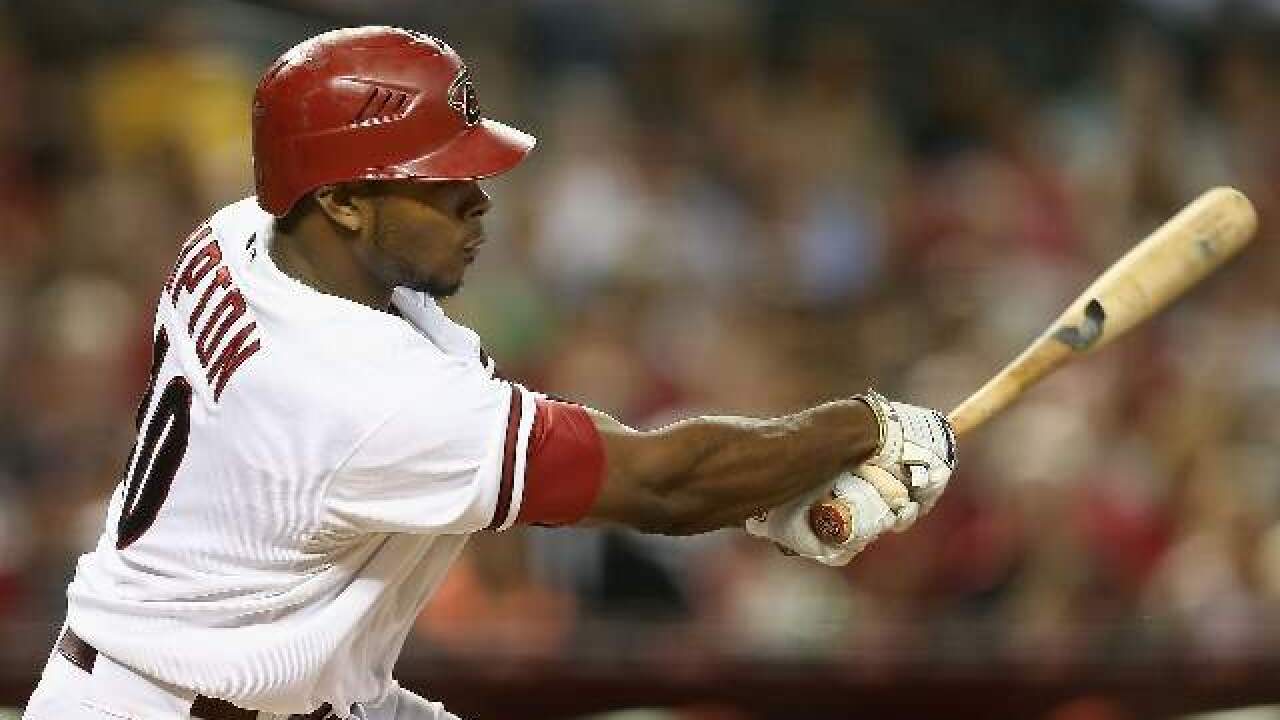 Copyright Getty Images
Christian Petersen
<p>Justin Upton #10 of the Arizona Diamondbacks hits a two RBI triple against the Los Angeles Dodgers during the sixth inning of the MLB game at Chase Field on July 6, 2012 in Phoenix, Arizona.</p>

Former Arizona Diamondbacks outfielder Justin Upton will miss the upcoming series against his former team after cutting his finger on a wine glass.

The Orange County Register's Jeff Fletcher reported Tuesday that Upton has been placed on the 10-day disabled list by the Los Angeles Angels after cutting his finger on a broken wine glass at his Arizona home on Sunday. Upton received four stitches following the cut, Fletcher reported.

The Angels are set to play the D-backs in Phoenix in Tuesday and Wednesday.

The 30-year-old Upton was selected by the D-backs with the No. 1 overall pick in the 2005 MLB Draft. He played for Arizona from 2007-12 and was a two-time All-Star Game selection.

The D-backs traded Upton to the Atlanta Braves before the 2013 season. He has also played for the San Diego Padres and Detroit Tigers and has played for the Angels since 2017. He is batting .267 with 26 home runs in 122 games this season.